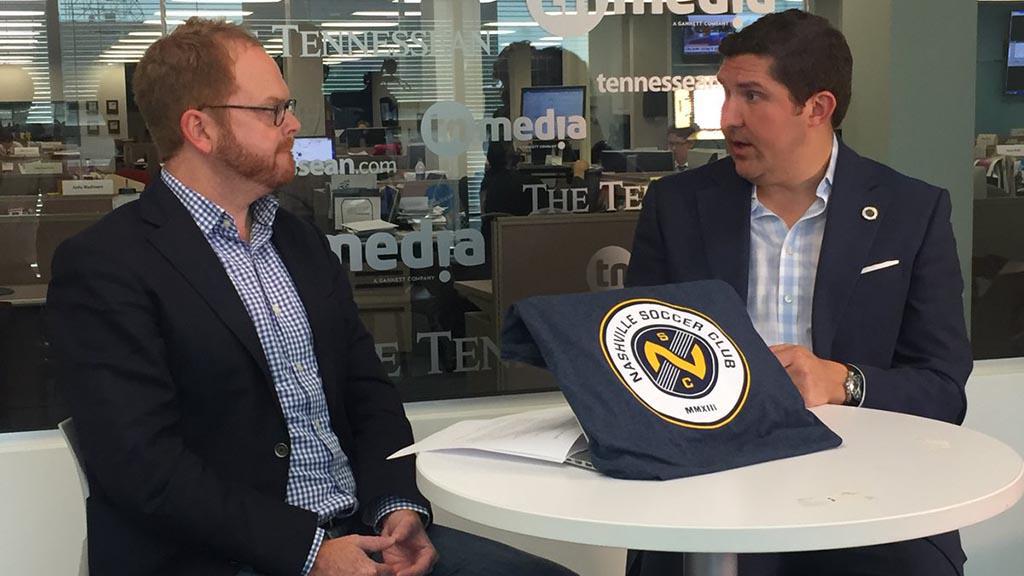 NASHVILLE, Tenn. – When he visited Nashville to work on the build-up and execution of the international exhibition between Mexico and New Zealand at Nissan Stadium, Court Jeske saw up close the passion the city possesses for professional soccer.

As the new CEO for Nashville SC, which is set to join the USL for the 2018 season, his goal is to turn that passion for the game into strong local backing for its newest professional club.

“I had the chance to see the community spirit that they had and the opportunity that soccer has in Nashville and in Middle Tennessee,” Jeske told The Tennessean’s Joey Garrison. “From that, I thought it was an incredible opportunity to build something exciting for the city and something that every Nashvillian can be proud of.”

A native of Oklahoma, Jeske brings 16 years of experience in professional sports to the club, including the past eight years for Major League Soccer. During that time he has worked with all 20 clubs within the league, and as VP of International Business for Soccer United Marketing has also worked with the U.S. and Mexico National Teams, and numerous international clubs who have come to the U.S.

Jeske’s first tasks will be to build the club’s staff alongside club GM Chris Jones, and also continue the work that is ongoing to find a suitable venue for the club’s home stadium. While the club is more than a year from its first competitive game in the USL, there’s plenty of work to be done before Nashville SC reaches that point.

In Jeske, though, the club has the right person to lead the way to becoming a strong, and successful, organization.

“Court brings unrivaled knowledge and experience working with professional soccer clubs and national teams across Europe and the Americas,” said David Dill, co-owner of Nashville SC in a club statement. “His entrepreneurial spirit meshes perfectly with our city and club. He is exactly the right person to build Nashville SC into a club that every Nashvillian can be proud of and take part in.”