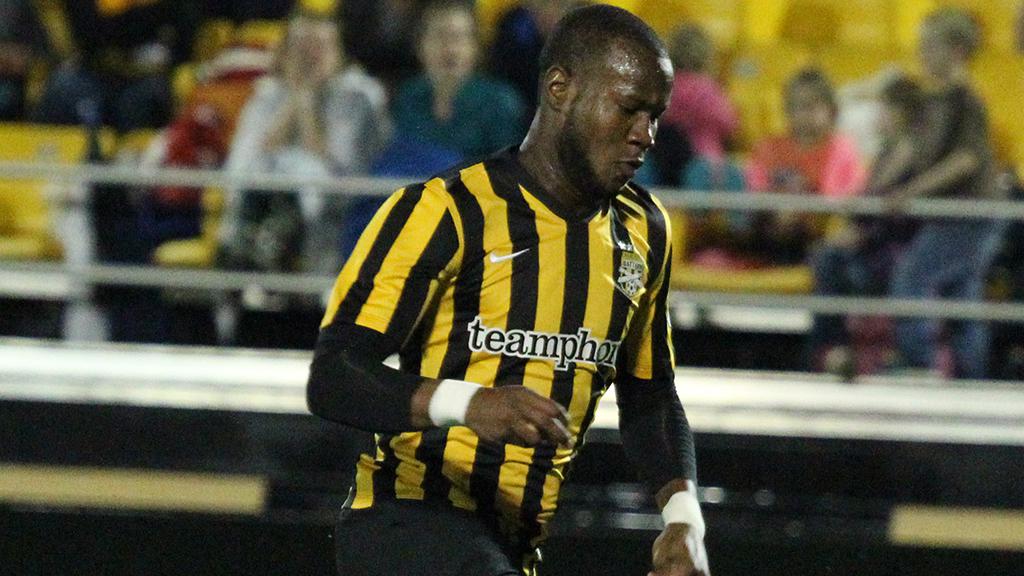 TAMPA, Fla. – A look at 11 things we learned from the USL Kickoff Weekend that featured 13 games over two days:

1. LATE-GAME HEROICS RETURN: The late game drama we saw a lot of in 2015? There might be even more of it this season. Charleston, Louisville and Real Monarchs all got stoppage-time winners to cap a weekend that was filled with strong performances.

2. SWITCHBACKS STRIKE BACK: Colorado Springs Switchbacks FC put last season to rest with a 2-1 victory on the road against OKC Energy FC. Likely the most pleasing thing for Coach Steve Trittschuh would have been the play of Miguel Gonzalez, who not only scored, but looked dangerous all night, a very good sign for the Switchbacks.

3. ROUGHNECKS STUNNER: While there were a lot of great goals on opening weekend, Cameron Lancaster’s winner for Louisville in particular, Carlos Martinez’s blast 12 seconds into the second half for Tulsa Roughnecks FC might have taken the cake. A perfect half-volley from 25 yards is an early contender for USL Goal of the Season.

4. BATTERY’S FORTRESS: The Charleston Battery had to withstand a strong FC Cincinnati side at times, but the club’s undefeated streak at MUSC Health Stadium that dates back to May 10, 2014 continued. Once again, the Battery’s home turf will be difficult for opponents to take points home from.

5. FLASHES OF STEEL: Bethlehem Steel FC will be entertaining to watch this season. The Steel could have won their opening game against FC Montreal more convincingly with some sharper finishing, but Fabian Herbers provided some excellent moments on top of his first professional goal.

6. GOAL PUPPY STRIKES: After 15 goals in the regular-season and playoffs last season, it wasn’t a surprise when Ariel Lassiter joined the LA Galaxy’s MLS squad. Saturday’s outing with Los Dos that saw him bag a pair of goals in a 2-0 win against Arizona could be the start of even more this year.

7. SOLID SACRAMENTO: Sacramento Republic FC looks ready to get back to the top of the Western Conference. A solid 1-0 road win for Paul Buckle’s side in Seattle got the season off to a very good start after being stunned in the same matchup last season.

8. LOADED UP: The New York Red Bulls II featured a number of the club’s offseason Homegrown signings, with two of them in Brandon Allen and Derrick Etienne leading a comeback that earned a 2-2 draw with Toronto FC II. The quality coming through the ranks, epitomized by Academy signing Noah Powder, showed why New York should be a playoff contender despite major offseason turnover.

9. HAMMERED HOME: After earning just three wins all last season, Wilmington Hammerheads FC got off to a massive start with a road win against Orlando City B. A massive test awaits in their home opener against Richmond – imposing in its win against Harrisburg – but Mark Briggs’ side will at least enter with some confidence against their longtime rival.

10. LEADING THE WAY: New Vancouver Whitecaps FC 2 captain Kyle Greig led from the front as WFC2 took a 1-0 win on the road against Orange County Blues FC. Greig scored the first goal in OKC Energy FC history at Anteater Stadium as well, and put in a strong shift to lead a bright performance by Alan Koch’s side.

11. BOUNCE BACK MIDWEEK: The season didn’t begin as had been hopes for Arizona United SC, Saint Louis FC and Seattle Sounders FC 2. All three of those will get the chance to bounce back quickly, with the game between Arizona and Seattle looking like a fascinating contest on Wednesday night as both teams look to settle into an early-season rhythm.