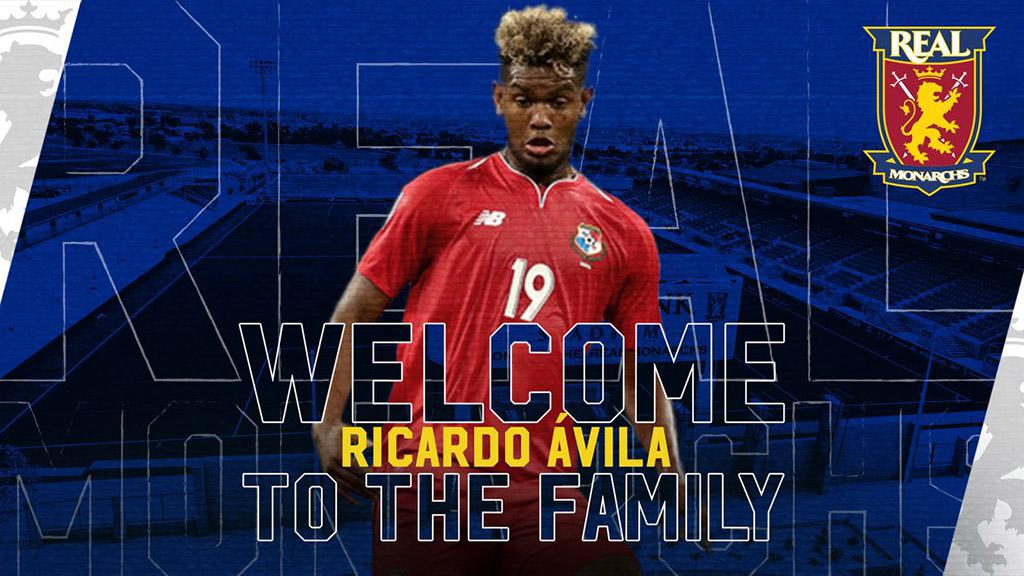 HERRIMAN, Utah – Ricardo Avila, who played for Panama at the 2018 FIFA World Cup in Russia, was unveiled by Real Monarchs SLC on Thursday as the club’s latest acquisition, with the 21-year-old arriving on loan from Liga Panameña de Fútbol side CD Universitario through the 2019 USL Championship season. Terms of the loan agreement were not disclosed with Avila’s signing pending league and federation approval.

“When the opportunity to bring Ricardo in for the season on loan arose, we couldn’t put the pen to paper fast enough,” said Monarchs General Manager Dan Egner. “We have been monitoring Ricardo since he was 18, and unfortunately missed out on him when he made the move to Belgium. It’s not every day that you can add a player at his age with recent World Cup experience to your roster. Ricardo has an opportunity to make a big impact with the club, and we believe he will be a key piece in our already strong midfield.”

Ávila arrives with the Monarchs after appearing in two of Panama’s group-stage games at last year’s World Cup. Ávila played 105 minutes including 78 minutes against Tunisia and 27 minutes against England. He has also spent time with the Panamanian U-20s where he has scored four goals.

A native of Panama City, Ávila began his professional club career with Chorillo of Liga Panameña de Fútbol where he made 31 appearances across three seasons with the team, scoring five goals. After a short stint in Slovenia with FC Koper, Ávila made the move to Belgium where he featured for the KAA Gent reserve squad. Moving to CD Universitario prior to the 2018 season, the 21-year-old played 362 minutes, making four starts during the season.

“I will work very hard from the beginning to be able to perform well in the USL to be able to reach my personal goals and those of the club,” Ávila said. “My mind is focused and I must work very hard this season to earn my place in the team. My dream is to play in the MLS, I have the references in the league from my Panama teammates, Roman Torres and Anibal Godoy, and I think that this opportunity can become a springboard to achieve that goal. I do not hesitate to accept this opportunity as we know that this is the first step of the path to success.”