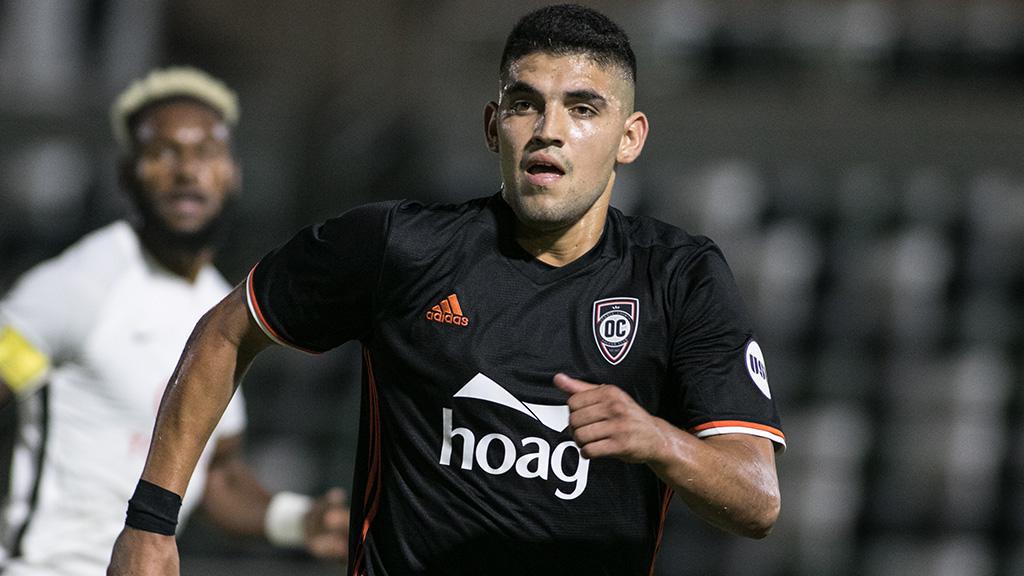 Lights FC signing Irvin Parra was the first player to record double-digits in goals and assists in a USL Championship season with 11 goals and 10 assists in the 2017 campaign. | Photo courtesy Liza Rosales / Orange County SC

Parra made Championship history in the 2017 season as he became the first player to record double-digit goals and assists in the same season. Parra opened the season with Seattle Sounders FC 2 before joining Orange County for the final two months of the season and posted 11 goals and 10 assists in 30 appearances across both clubs.

“He’s a proven goal scorer, at every level he has been at he’s scored goals,” said Wynalda. “He had a trip back to Germany, that’s where I kind of found some tape of his and I was able to track him a bit. He’d rather be here than Germany, we’re very lucky to have him because this is a guy that is really hungry, he wants to prove his worth and I expect him to score a lot this year.”

Scaglia arrives having competed in his native South America, Europe and the United States previously in his career. The 31-year-old midfielder won the the Colombian Superliga with Deportivo Cali in the 2013-14 season as he scored four goals in 18 appearances, while more recently he featured for Jacksonville Armada FC.

“He is one of the veteran guys, he calms my midfield, he's incredibly steady,” said Wynalda. “I think he just makes everyone around him better, he understands his role. His influence on the team is vital, because he’s a calming influence, you can give him the ball anywhere and he'll perform. He has an extremely high soccer IQ.”

Other notable names joining Lights FC include former United States U-20 international Javan Torre, who competed at the 2013 FIFA U-20 World Cup, and fellow former youth internationals Pablo Cruz and Eric Gonzalez. Also joining the club are the defensive trio of Kevin Garcia Lopez, Gabe Robinson and Bryan De La Fuente, who according to Wynalda bring previous experience together that will help Las Vegas’ back line.

“If you look at the trio of Garcia Lopez-Robinson-De La Fuente, those three have over 75 games together on the back line so they have a great understanding of each other,” said Wynalda. “As a leader, I think Bryan will recognize that. There's a lot of consistency already on a team that we’re just formulating right now.”