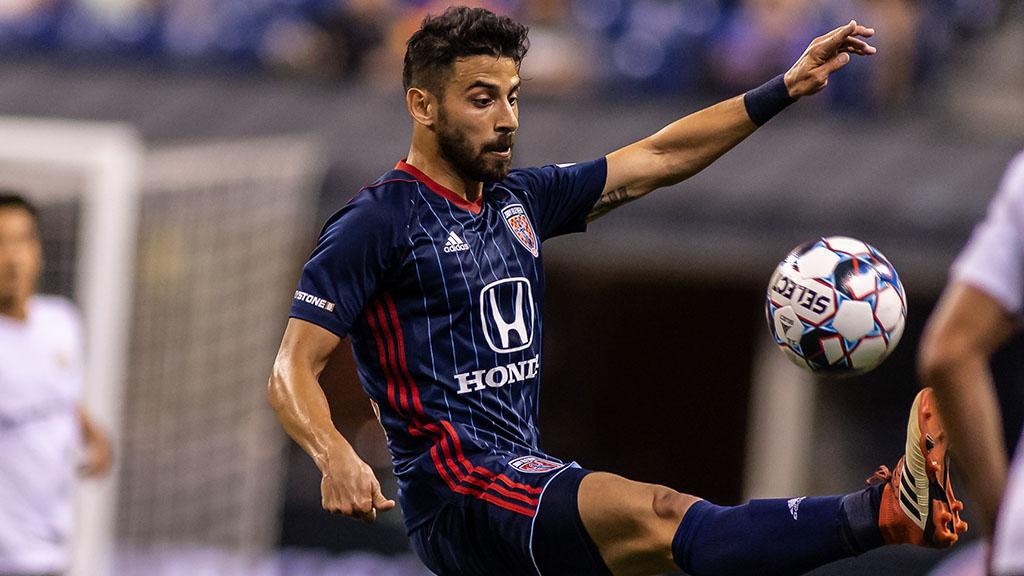 INDIANAPOLIS – Indy Eleven midfielder Juan Guerra announced his retirement from playing on Wednesday and joined Head Coach Martin Rennie’s coaching staff as an assistant for the 2019 USL Championship season as he began a new phase of his career.

“I’ve always wanted to coach,” Guerra said. “It’s always been in the back of my head that after my playing career that I wanted to coach. I would like to thank Ersal Ozdemir and Martin Rennie for this opportunity,” said Guerra. “This is a fantastic club and I’m looking forward to getting started in my new role with this great group of guys and incredible supporters.”

Guerra played a crucial role in Indy Eleven’s midfield in 2018. In 25 starts, the 31-year-old completed more than 80-percent of his passes, created nine chances, tallied two assists and netted one goal.

“Juan has excellent experience internationally and domestically as a player, and I’m sure he’ll transition very well into being a coach,” said Rennie. “He’s a hard-working, diligent person who will add a lot to our club in his new role.”

“I am pleased to join Phoenix Rising in 2019 to pursue trophies with this great club,” said Aguinaga. I look forward to getting to work with my teammates and coaches.”

Aguinaga had previously played at Rider University where he notched 18 goals and 32 assists in 76 appearances. A native of Madrid, Spain, Aguinaga spent his youth career in the Rayo Vallecano, Real Madrid, and Getafe CF academy systems.

“Sam brings a winning mentality to our team and he has proven that he can step up in big moments,” said Republic FC General Manager Todd Dunivant. “He causes headaches for opponents and will bring tenacity to our front line.”

Werner joins Republic FC after a collegiate career with Stanford where he won three consecutive NCAA championships from 2015-17. The Bozeman, Montana, native netted nine goals and added nine assists during his four seasons with the Cardinal, including the sudden-death goal in overtime during the 2017 College Cup that crowned the Cardinal champions and made them just the second NCAA men’s team to win three consecutive D1 titles.