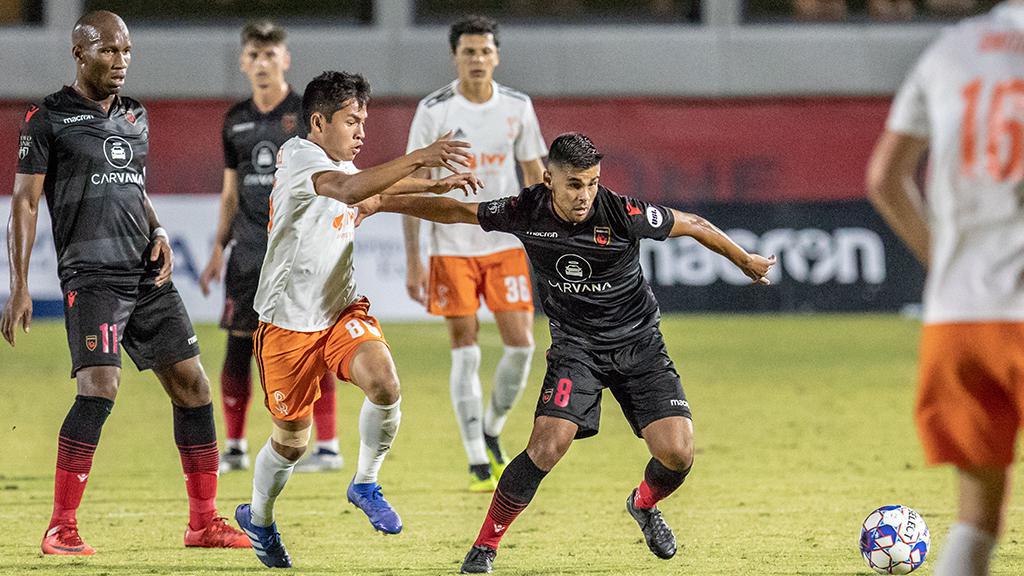 PHOENIX – The job for Phoenix Rising FC’s Collin Fernandez and Kevon Lambert likely won’t be the one that grabs the headlines should the club advance to the USL Cup for the first time this weekend, but it could be one of the most essential to the club’s chance of accomplishing its goal.

After all, the defensive midfield tandem is tasked with limiting the time and space that Orange County SC’s Aodhan Quinn and Thomas Enevoldsen have so expertly exploited throughout their club’s run to Saturday night’s Western Conference Final at Champions Soccer Stadium (10 p.m. ET | Match Center | ESPN+).

As big a challenge as that is, the ability to work together that the two have demonstrated so far this postseason has them ready for the challenge.

Sitting fourth in the team in minutes over the regular season and postseason, Lambert has been one of the central figures in Phoenix’s lineup much of this year. The Jamaican international has also made his presence felt this postseason, having won six tackles and 15 duels in the club’s first two playoff games, putting him in the top 10 in the league in those categories. 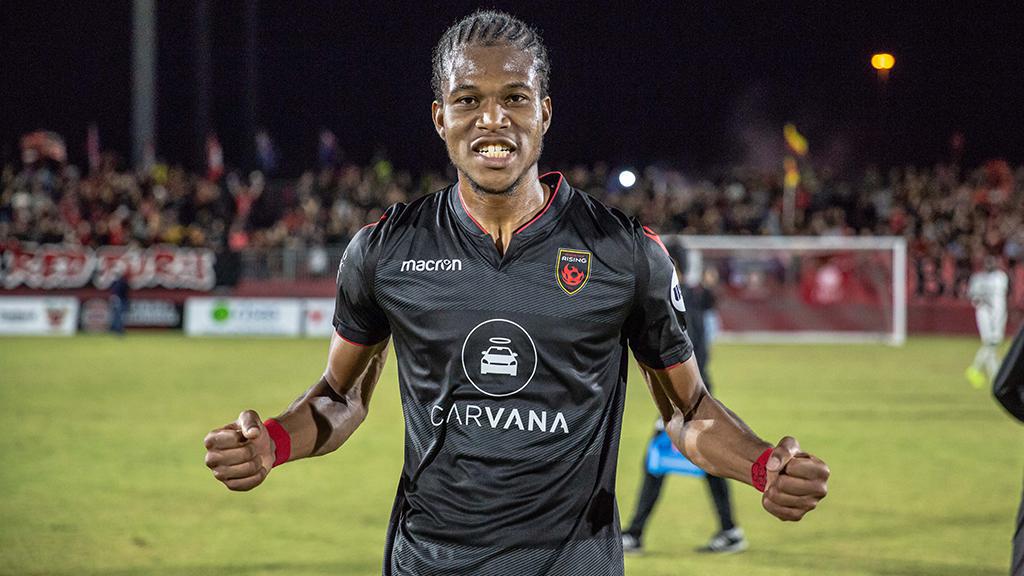 Jamaican international Kevon Lambert has been one of the key players in the club's success throughout the 2018 campaign. | Photo courtesy Michael Rincon / Phoenix Rising FC

What Fernandez and Lambert do, though, can be difficult to quantify numerically. Theirs is a job of shielding the back line from danger in the sort of positions that Enevoldsen and Quinn have made hay from this season. When the teams last met, Orange County racked up a 4-3 victory at the Phoenix Rising Soccer Complex with Enevoldsen and Quinn each recording a goal and assist, the Dane doing most of his work in the space between the top of the penalty area and the center circle and Quinn sitting in a deeper role.

Enevoldsen has notably been a handful as a playmaker in addition to his 20-goal season, even though his nine assists were slightly overshadowed by the 15 helpers dished out by Quinn and his own goalscoring prowess. Enevoldsen recorded seven key passes in OCSC’s three previous meetings against Rising FC this season, something Phoenix’s players have taken on board.

“We’ve seen what he’s done all season,” said Lambert “He’s got like 20 goals and a lot of assists, so we know he’ll be an important player for them and someone we have to shut down as much as possible.”

With that in mind, it certainly could be that Rising FC takes a similar approach to managing its opposition as it did in the second half of its Western Conference Semifinal against the Swope Park Rangers last Friday night. On that occasion, Phoenix applied pressure higher up the field to try and get the Rangers out of the passing rhythm that had brought success in the opening 45 minutes, and it paid dividends in producing Lambert’s third goal of the season.

Arriving just three minutes into the second half, the goal put Rising FC ahead for good in its 4-2 win and showed the ability the side has to turn pressure into goals.

“We saw what they were doing for the first half, we just planned to press them a little bit higher and force them to make mistakes,” said Lambert. “They did make a mistake, and we capitalized.”

“That goal was huge,” said Fernandez, who recovered possession to start the move that led to Lambert’s finish. “After the half we came inside, and we knew we were going to score, we knew that we were going to get more chances, so coming into the [second] half and scoring that goal it was such a relief. Then we felt like it was our game, we could 100 percent win this game.”

From the moment of Lambert’s goal, Rising FC remained cohesive in its own half to make life difficult for a dangerous Rangers attack to mount a rally. Finding a way to do the same against an Orange County side that has averaged a shade more than two goals-per-game this season is going to be tough, but one that Fernandez believes it is up for.

If that holds true, then a place in the 2018 USL Cup could be beckoning for Rising FC.