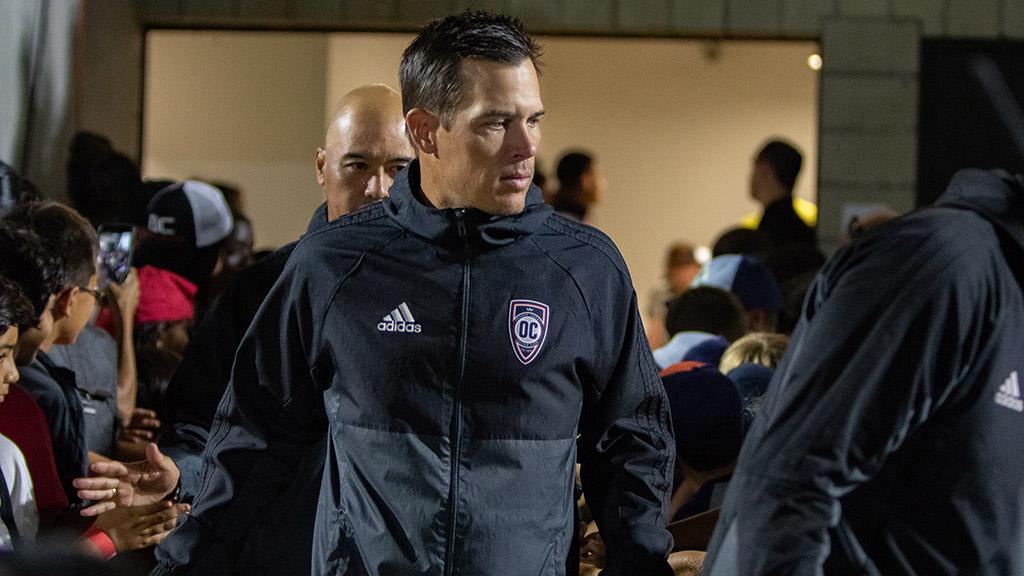 IRVINE, Calif. – Orange County SC announced on Wednesday night it had signed Head Coach Braeden Cloutier to a multi-year contract extension. Cloutier led Orange County to a first-place finish in the Western Conference this season, his first as the club’s Head Coach.

“We are delighted to announce that Braeden has signed a multi-year contract extension” said General Manger and Executive Vice President Oliver Wyss. “Braeden is a proven winner who leads by example with his hard work and dedication to the club and its players. He has established a championship mentality in the locker room and we are excited to see him build on the momentum he has established with this year’s historic season, including winning the regular season Western Conference.

“Braeden is fully aligned with the goals of the organization to compete at a championship level while developing young talents that our fans and the entire Southern California soccer community are excited about.”

A former player for both the Charleston Battery and the New England Revolution, Cloutier served as an assistant coach for Orange County prior to his ascension to Head Coach last offseason. The 44-year-old led OCSC to numerous club records this season including most victories (20) and goals scored (70). The club will host its first USL Cup Playoffs game this Saturday night when it hosts Saint Louis FC at Champions Soccer Stadium (10 p.m. ET | Match Center | ESPN+)

“I’m very excited for the opportunity to build upon what we have created here in Orange County this season,” said Cloutier. “I want to thank [Orange County Owner] James [Keston] and Oliver for their belief in me and the commitment that they have shown to me with this new contract. Orange County is my home and I want to continue to grow this organization, this special community and its young talented players for years to come.”