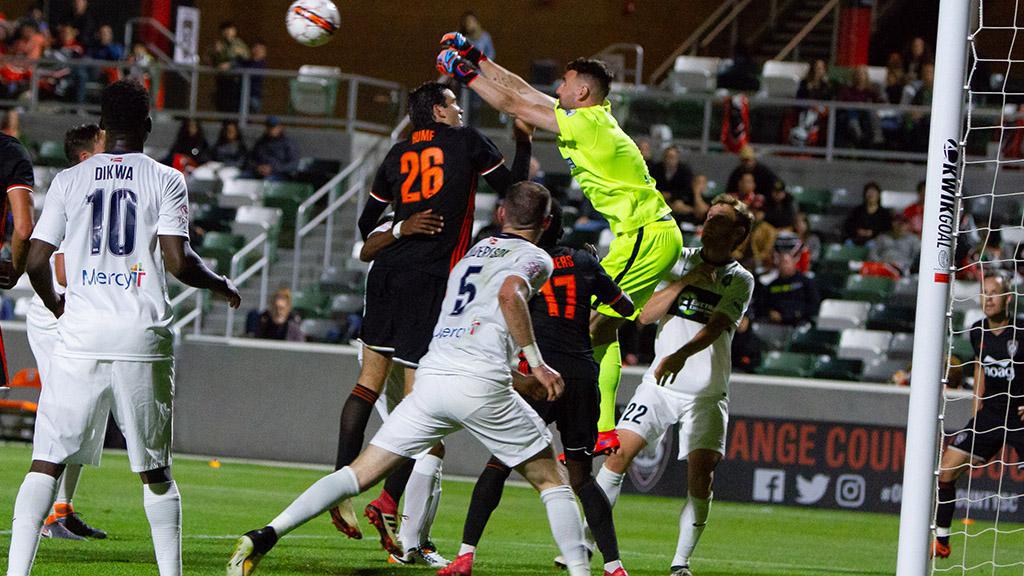 IRVINE, Calif. – One side making its postseason return squares off with another making its USL Cup Playoffs debut in the Western Conference Quarterfinals showdown that sees No. 1-seed Orange County SC play host to No. 8-seed Saint Louis FC on Saturday night in the first playoff contest at Champions Soccer Stadium. #OCvSTL kicks off at 10 p.m. ET and can be watched live on ESPN+ in the United States and YouTube internationally, and followed live via the USL Match Center.

@OrangeCountySC earned the top position in the Western Conference for the second time in four seasons after an offseason overhaul that brought in some outstanding talent to lead the side to success under the guidance of new Head Coach Braeden Cloutier. The attacking trio of Thomas Enevoldsen, who finished tied for second in the league with 20 goals, Michael Seaton and Aodhan Quinn, who finished second in the league with 14 assists, powered Orange County to the top of the standings. Now they’ll try to avoid the jinx that has struck the three previous No. 1-seeds in the Western Conference bracket that saw each one eliminated in its first game of the postseason.

@SaintLouisFC, meanwhile, earned its first trip to the USL Cup Playoffs in the club’s fourth season as a positive second half of the season that saw the side rip of seven consecutive home victories before a draw in its season finale pushed the side into postseason on the final Saturday of the regular season. STLFC too saw an overhaul this offseason that saw Anthony Pulis appointed as Head Coach, and with a retooled roster led by forward Kyle Greig and midfield standout Lewis Hilton the side earned a playoff berth long-awaited by its loyal supporters, the St. Louligans.

3,060 – Thomas Enevoldsen and Aodhan Quinn played all 3,060 minutes of the 2018 regular season, the only teammates in the USL to accomplish that this year.

72.77 – Saint Louis posted a 72.77 percent tackle-success rate in the regular season, second-best in the league.