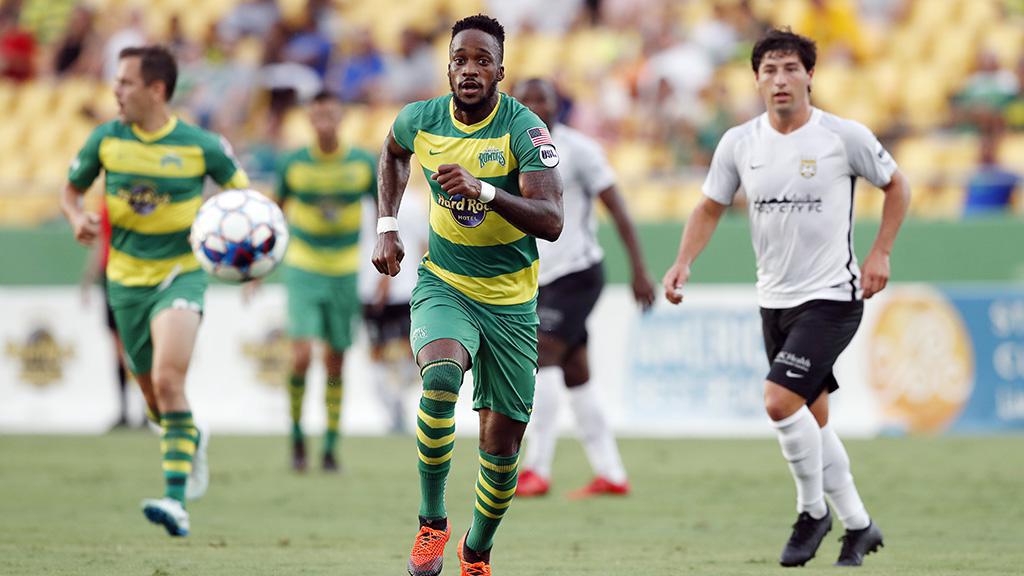 ST. PETERSBURG, Fla. – Claiming victory to snap a six-game winless streak last Saturday night was big for the Tampa Bay Rowdies’ playoff hopes, but almost as important to the side was the defensive performance the side put in during its 3-0 victory against North Carolina FC.

As the team looks to push back into the playoff race in the Eastern Conference with a visit to the Charleston Battery on Saturday night (7 p.m. ET | Match Center | ESPN+), putting together a similar performance on the road at MUSC Health Stadium is the priority for a second consecutive game.

“It was very important for us to get a win, but also pull off the shutout in North Carolina,” said Rowdies defender Tarek Morad. “I think everyone defended well from the front two, all the way to the back. It is great when all 11 teammates are on the field fighting for the result and it really helps when energy is winding down towards the end of the match.”

How rare had a Rowdies’ victory paired with a shutout been? Prior to the victory against North Carolina the most recent shutout win for Tampa Bay had come on April 21 in its 2-0 victory against Real Monarchs SLC, a span of 19 games. The Rowdies had recorded a pair of shutouts between those two results in 0-0 draws with ATL UTD 2 on June 2 and the Battery on August 8 when the sides last met at Al Lang Stadium, but last Saturday’s result was only the fourth shutout victory of the season for the side in 2018.

The most recent meeting between Tampa Bay and Charleston also offered a glimpse into what the Rowdies might expect from this Saturday’s contest, with the Rowdies having yet to score against the Battery in two previous meetings this year, Charleston having taken a 1-0 win on home turf on April 28. While the Battery will be missing two key players in leading scorer Ataulla Guerra and defender Neveal Hackshaw after both were selected to represent Trinidad & Tobago this week, the Rowdies are expecting another strong test from the perennial playoff contender.

“Charleston is a good team regardless of the fact that they will be missing several key players,” said Rowdies Head Coach Neill Collins. “I know those players coming in will be eager to show themselves off and take advantage of the situation. That will make Saturday’s game very exciting, especially when you add the fact that we’re both going for a spot in the playoffs.”

FURY FC RELIEVED AFTER VICTORY: Ottawa Fury FC moved back into the top eight in the Eastern Conference for at least a couple of nights after its 4-3 victory against Toronto FC II on Thursday, but while Head Coach Nikola Popovic was pleased with his side’s execution in front of goal after a four-game scoreless streak the defensive laxness that cost the side a pair of leads before it claimed all three points was a major focus following the contest at Toronto’s Lamport Stadium. 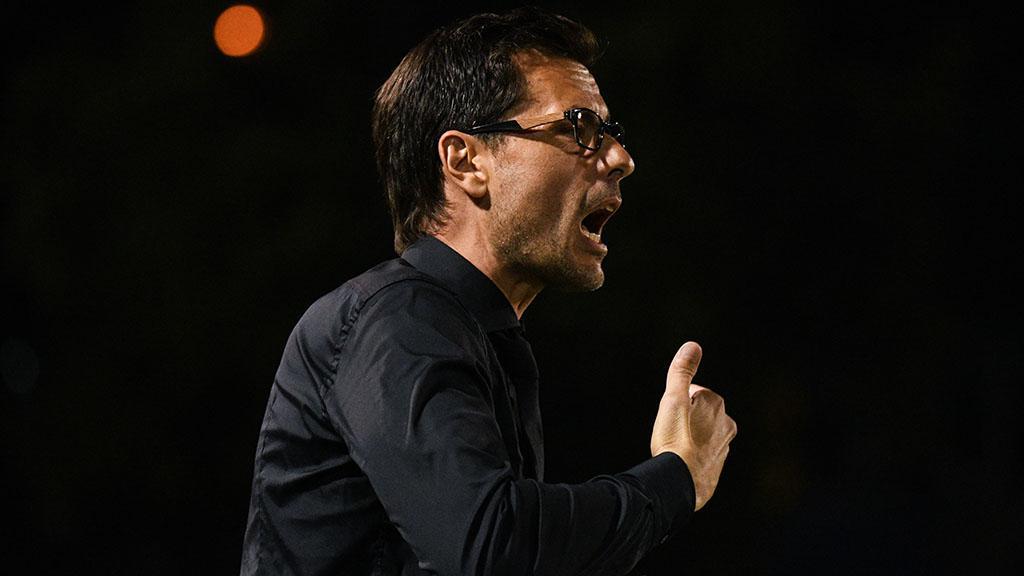 “I saw a team who’s been performing well the past four games, the only difference [tonight] is that we were able to take our chances and score four goals,” said Popovic. “However, we are still committing mistakes – it’s not good when you have to score four goals in an away game to win three points. We have to stop those mistakes.”

With the win, Ottawa at least kept itself in the conversation for a place in the USL Cup Playoffs, but now must sit and hope for results that will help keep it in the middle of the Eastern Conference standings this weekend. At the top of the list for Fury FC would be a North Carolina FC victory against Nashville SC on Saturday night, which would keep Ottawa in eighth place going into Week 27, but whatever happens the side knows there’s still an uphill fight ahead with only five games remaining in its regular season.

And as disappointing as the mistakes that kept Toronto in the game on Thursday night were for Popovic, the composure the side showed to rectify those errors at least provided a silver lining as well as all three points.

“I’m very proud of our players,” said Popovic. “I think the way they were able to react after the bad start to the second half – because of inconsistencies where they score two goals – but after that fantastic behaviour, fantastic mindset, fantastic will. Going back to our culture, this is what you want, a team that will fight no matter what.”

INDEPENDENCE ENJOY SANTOS’ VISIT: The Charlotte Independence welcomed Liga MX’s Santos Laguna and a strong turnout at the Sportsplex at Matthews for an international exhibition on Wednesday night, and while the reigning Liga MX Clausura champion claimed a 3-0 victory on three second-half goals the atmosphere and competition made it a memorable night for all involved. 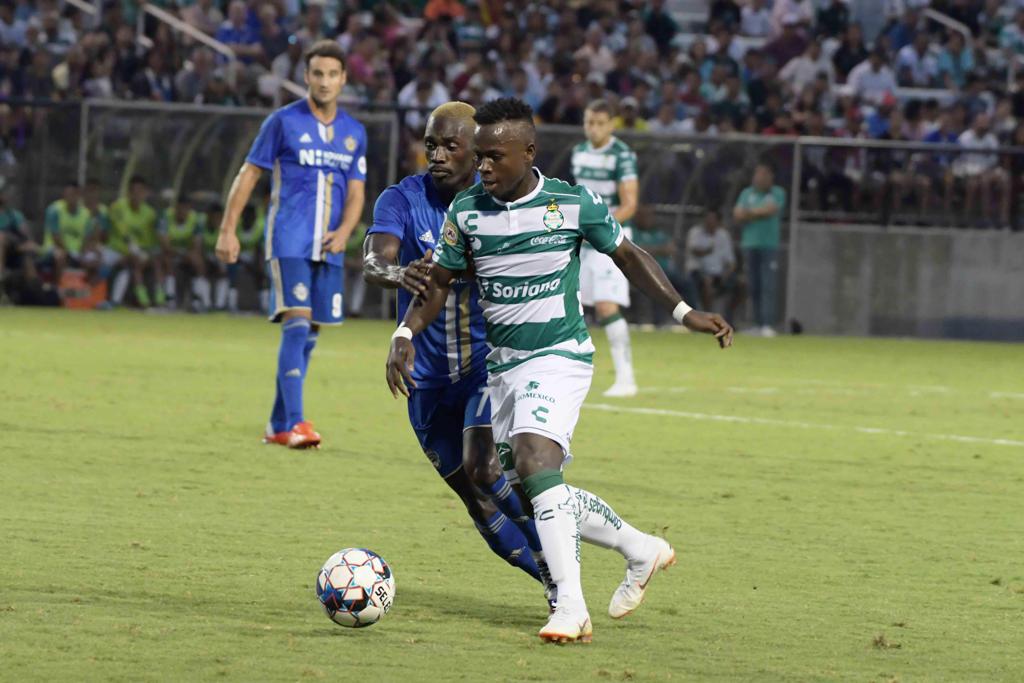 “The guys enjoyed tonight,” Independence Head Coach Mike Jeffries said. “It’s always good to be able to challenge yourself against top clubs throughout the world. Important for us with regard to the weekend, we got through it without injury, which is always a big thing. We try and just manage the guys’ health over the next couple of days. It was a good opportunity for us to look at guys in a couple of different spots and see how they would hold up. It was a really good opportunity for some of the young guys to get a run in the second half.”

Among those to get his first appearance in the Independence’s colors was James Kiffe, who with Joel Johnson out on international duty with Liberia this weekend could be in line for his league debut for the club on Saturday when it hosts the Richmond Kickers (7 p.m. ET | Match Center | ESPN+). The former USL Cup champion with Sacramento Republic FC enjoyed the opportunity to get a test run with his new teammates, especially against a side of Santos’ caliber.

“I'm happy with tonight and happy to be here,” said Kiffe. “[It] was a really good opportunity to get some new fans to come to our games. Santos Laguna is a very good team, so to be able to hang with them while they are in mid-season is a very good accomplishment.”

AROUND THE EAST: Back-to-back victories to close out the club’s road scheduled have left Penn FC feeling in a very positive mood as it opens a nine-game homestand to close the season on Saturday night against ATL UTD 2. “Those were two huge games for us,” said Penn captain Ken Tribbett. “We needed to pick up points on the road before the homestand to kind of keep us in the playoff hunt, so we did that, we got our six points, and now we come home for eight, nine games in a row, so now we gotta take advantage.” … Coming off a 1-1 draw with Indy Eleven, the Richmond Kickers head to face the Charlotte Independence in a positive frame of mind as they look to make a strong end to the season. With the side now in a spoiler role for other clubs in the playoff race, Richmond’s Giuseppe Gentile believes the side can have a role to play down the stretch in the makeup of the postseason field. “I think we can definitely go anywhere and definitely pick a result out,” said Gentile. “I think we have those characteristics on this team. We have a lot of grinders, a lot of hard workers. I think with the right attitude and the right organization, we’re going to make something happen.”