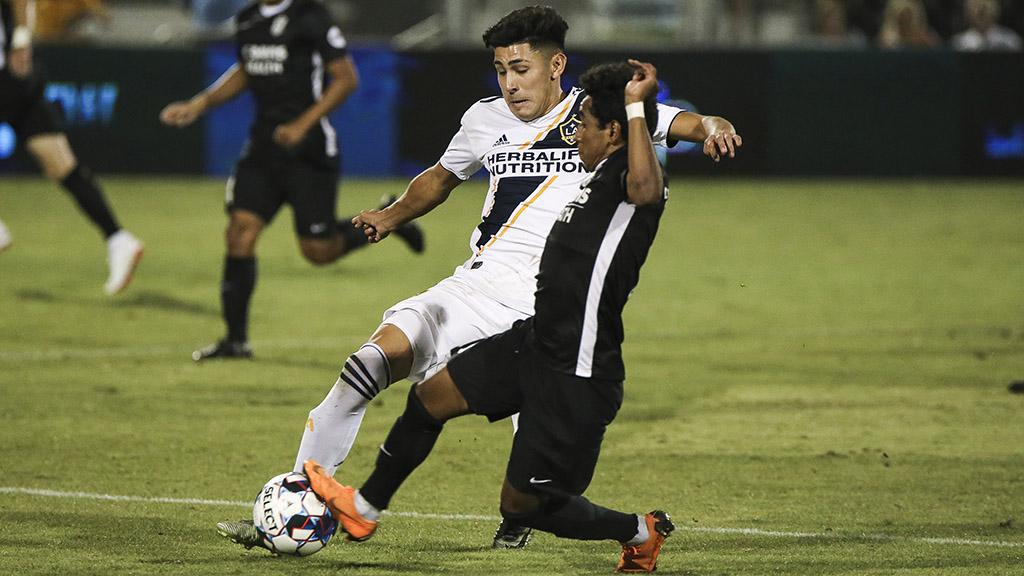 SACRAMENTO, Calif. – After suffering a midweek loss on the road to Saint Louis FC, the goal for Sacramento Republic FC was to produce a strong bounce-back display and maintain the upper hand it has held over its Southern California rival the LA Galaxy II on Saturday night at Papa Murphy’s Park.

Over the course of the first half, those aspirations disappeared into the night sky as Los Dos put up four unanswered goals on their way to the club’s first victory against Republic FC since the 2015 USL Cup Playoffs.

“Embarrassing,” said Republic FC midfielder Jaime Villarreal. “I think it was the worst first half we’ve played all the season. We fought in the second half, but the result didn’t go our way.”

The contest marked the first time this season that a side had conceded four goals in the first half of a game this season, and was a major blow personally to Villarreal, who had featured for Los Dos prior to his arrival in Sacramento this offseason. While Republic FC pulled a goal back early in the second half to provide a brief moment of hope, the hosts finished a disappointing week with its heaviest home defeat since the Galaxy II’s 4-0 victory at Papa Murphy’s Park on July 11, 2015.

“Ultimately, as the coach it’s my responsibility,” said Republic FC Head Coach Simon Elliott. “It’s not good enough from us. As a staff, we have to look at ourselves, as players we have to look at ourselves. Certainly not what our fans deserve. They deserve a lot better. They’re support has been fantastic and so we’re very disappointed we’ve let so many people down tonight.”

HOME COOKING HEATS UP FOR T2: One of the keys to the turnaround undergone by the Portland Timbers 2 this season has been the club’s stellar road form, but as the side approached the past week with two important home contests getting some momentum going to push the side into a good position in the Western Conference standings was at the forefront of the mind of Head Coach Cameron Knowles. 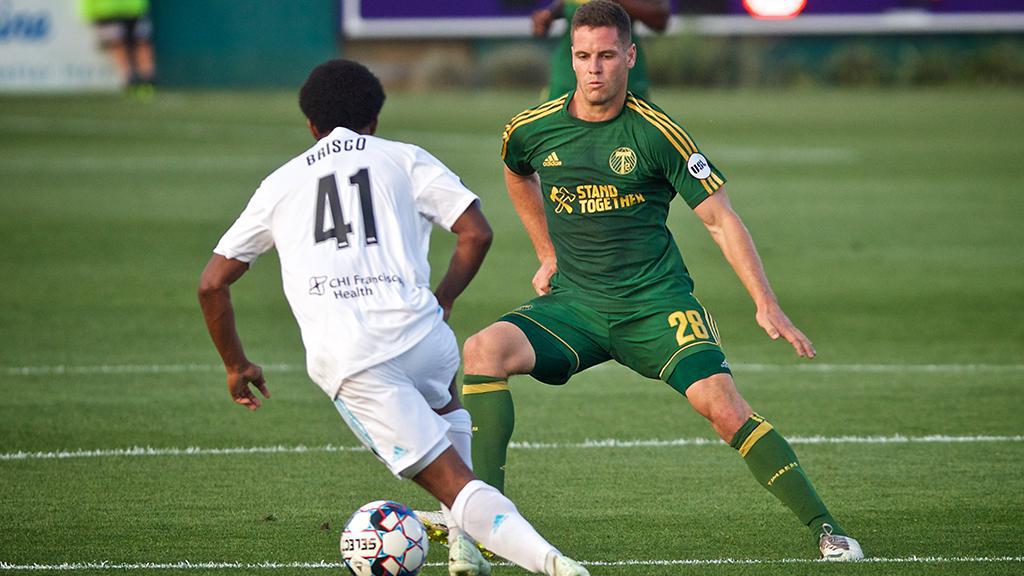 “We knew this home stretch was going to be really important to pick up points, especially when we haven’t been great at home,” said Knowles. “To start off with back-to-back wins at home is really important. There’ll be a quick turnaround. We’ve got to get guys healthy, recover and get them ready for the midweek game.”

T2 next squares off with Orange County SC this Wednesday night (10 p.m. ET | Match Center | ESPN+), which will bring two of the leading contenders for the USL Golden Boot together. Portland’s Foster Langsdorf has scored three goals over the past two games to move to 13 tallies overall this season, one behind current leader Thomas Enevoldsen of Orange County, giving the top-five Western Conference clash a major subplot for fans to latch onto.

With T2 having claimed three consecutive victories and having scored eight goals in the process, Knowles is certainly happy with how his side is progressing as it faces one of its biggest tests of the home stretch.

“Carlos [Anguiano] has been good. He’s been good in training and he’s been good when he’s played. I thought it was good for him to come in and put in a mature performance for a young player,” said Knowles. “Foster [Langsdorf] gets himself in spots to score goals. He works incredibly hard to get himself in good areas and he finishes his chances, so credit to him.”

HOFFMAN PEEVED AT ONE THAT GOT AWAY: Real Monarchs SLC’s Chandler Hoffman produced his second two-goal performance of the season on Saturday night, but it was the chance that came off the right post in the second half that stuck with the standout forward after a narrow 3-2 victory against Tulsa Roughnecks FC at Zions Bank Stadium.

“Obviously I’m pleased with two goals, but I’m extremely disappointed I didn’t put that third one away because it’s more than just the hat-trick, it puts the game away,” said Hoffman after the game. “I hit the post and then they come down and score and we make it way more difficult than we needed to. It showed a lot of gut though to be able to win 3-2, but we’ve got to correct that.” 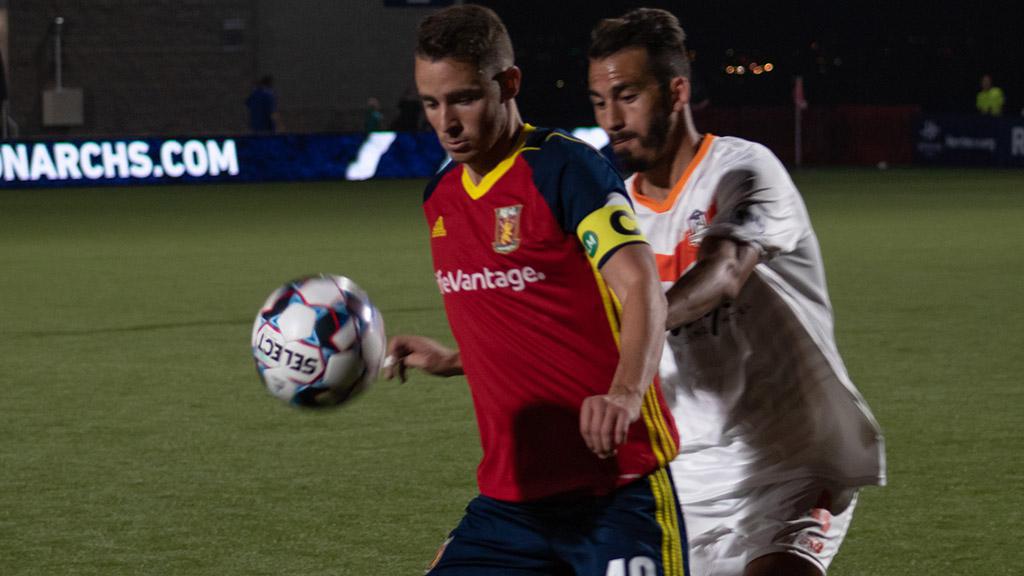 Real Monarchs SLC's Chandler Hoffman had his second two-goal performance of the season this past Saturday night in the club's 3-2 win against Tulsa Roughnecks FC. | Photo courtesy Real Monarchs SLC

The game’s swing in momentum arrive 10 minutes into the second half with Hoffman having already struck twice before the break to put the Western Conference-leader comfortably ahead. After his chance to wrap up his hat trick came back off the right post, the Roughnecks immediately responded through a goal by Jesus Ferreira, which tilted the game toward the visitors. Tulsa outshot the Monarchs 7-4 following its opening goal, including an equalizer by former Real forward Eti Tavares with seven minutes to go, but Justin Portillo’s penalty kick four minutes later salvaged a 10th consecutive home victory for Real after a more dramatic contest than they were hoping for.

“I feel good about the result,” said Monarchs interim Head Coach Jamison Olave. “We could talk about two games. In the first half we were the better team. Good with the ball, movement, rotation in the middle, confidence, 2-0 in the first half. It could have been three- or four-zero, but we didn’t put the chances away and kill the game. In the second half, 20 seconds in and they have the first chance. They went 2-1 and then 2-2, the game is open. The game was just going back and back, one came in, we found that PK and we won the game. We’re talking about two different games.”

AROUND THE WEST: Both Rio Grande Valley FC and OKC Energy FC finished with 10 shots overall on Saturday night, but the difference in OKC’s 4-2 victory at H-E-B Park was the sharpness of its finishing, which saw the visitors put nine of its efforts on target compared to only two for the Toros, a difference that left RGVFC Head Coach Gerson Echeverry disappointed. “A couple [of our chances] are just balls that you have to get on target, and we missed,” said Echeverry. “A couple ones from not too far. I guess when you’re desperate, [the goal] gets very small. When you’re not, it’s a good size. Today, for them, the goal was huge.” … Swope Park Rangers forward Tyler Blackwood had a breakout game with two goals and an assist in Sunday’s 3-3 draw against Reno 1868 FC but was happier that the side was able to salvage a point in stoppage time after losing the lead twice in the contest. “It’s always disappointing, especially at home, to throw away a lead,” said Blackwood. “If we came out without scoring that equalizer, our spirits would have been crushed.”