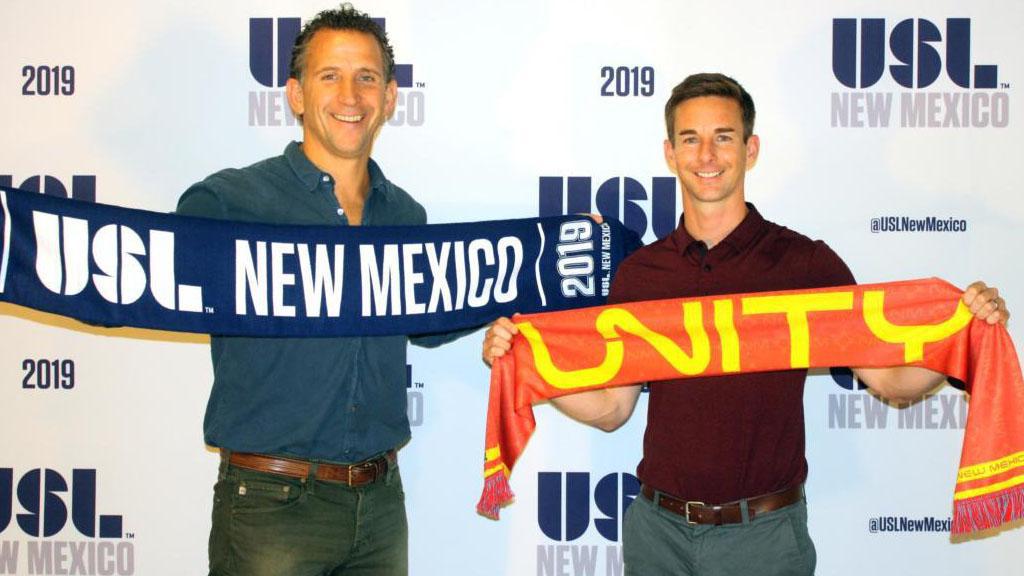 “The chance to be the leader of this organization and create something special for the state of New Mexico is an opportunity that I’ll cherish forever and plan to make the most of for this community,” said Lesesne.

The 34-year-old brings 14 years of coaching experience, and a USSF “A” Coaching License to New Mexico. He joined Charlotte in its inaugural season in 2015, since when the club compiled a 49-37-34 record in three-plus seasons, including back-to-back appearances in the USL Cup Playoffs over the past two years. In 2015, the Independence advanced to the Round of 16 in the Lamar Hunt U.S. Open Cup after defeating Major League Soccer’s New England Revolution in their fourth-round matchup.

“Troy is a brilliant tactician and rising star in U.S. Soccer. He has had success at every level, from academy to college to professional, and we expect that to continue in New Mexico” said USL New Mexico Owner and President Peter Trevisani. “He checked every box we had: on-the-field excellence, commitment to building positive outcomes on and off the pitch, and impeccable personal character.”

Before joining the Independence, Lesesne served as an assistant coach and liaison with the Charleston Battery for Vancouver Whitecaps FC, acting as a conduit between the two clubs during their partnership agreement.

Troy Lesesne (@TroyLesesne), our First Head Coach and Technical Director, has worked tirelessly over the last 14 year, to earn this spot. Learn more about him here https://t.co/3Pls1kzGKu #USLNM #LesesneDay1 pic.twitter.com/x937HHyjBW

Welcome to New Mexico, @TroyLesesne! Excited for you, our team and the journey ahead!

PS - if you haven't put your deposit down for @USLNewMexico season tickets... what are you waiting for? #DoItNow #USLNM https://t.co/XnhtHWKYOB

Before coaching at the professional level, Lesesne spent nine years as an assistant coach at the College of Charleston (2005-14), where he helped the program compile an 82-76-14 record, along with a Southern Conference regular season championship and second round NCAA Tournament appearance in 2010.

Lesesne was named one of the top-20 assistant coaches in the nation by CollegeSoccerNews.com (2011 & 2013) and was selected to the inaugural NSCAA “Top 30 Under 30” Coach’s program (2013). In addition to his USSF “A” coaching license, Lesene also holds a NSCAA Premier Diploma.

Those qualifications and the depth of Lesesne’s experience are anticipated to help USL New Mexico not only in establishing itself within the league, but also on a broader scale in the New Mexico community.

“This franchise is, genetically, bigger than soccer,” said Trevisani. “We undoubtedly have to produce results and win cups, but we also have to make good on our promises to this state. We are going to facilitate new, and awe-inspiring moments of unity and togetherness, and Troy is going to play a crucial role in fulfilling our mission.”

“Make no mistake about it, this is a results-oriented business,” said Lesesne. “With that said, I firmly believe that coaching provides an opportunity to transcend the time we spend with players on the field. The development of players, both on and off the field, is paramount for me.”