Hat trick led side to victory against Red Bulls II, moved forward into tie for league-lead in goals

TAMPA, Fla. – Louisville City FC forward Cameron Lancaster has been voted the USL Player of the Week for Week 22 of the 2018 season. Lancaster recorded a hat trick in Louisville’s 6-4 victory against the New York Red Bulls II this past Friday night, and in the process moved into a tie for the league-lead with 13 goals this season overall. 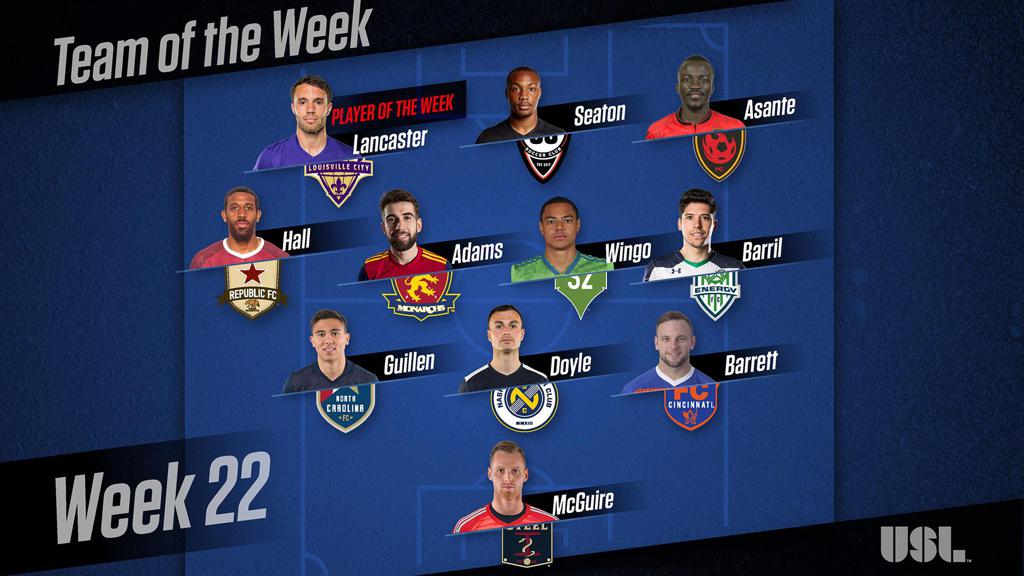 M – Charlie Adams, Real Monarchs SLC: Adams had a pair of goals across two contests, including the Monarchs’ midweek victory against Reno 1868 FC, completed 42 of 49 passes and won 12 of 17 duels over the week.

M – Jose Barril, OKC Energy FC: Barril provided the assist on all three Energy FC goals in its 3-2 victory against Real Monarchs SLC on Saturday night at Taft Stadium, part of a two-win week for the side.

F – Cameron Lancaster, Louisville City FC: Lancaster had a hat trick and one assist as Louisville recorded a 6-4 victory against the New York Red Bulls II on Friday night at MSU Soccer Park.

F – Michael Seaton, Orange County SC: Seaton had two goals and one assist as Orange County SC took a 4-3 victory on the road against Phoenix Rising FC on Saturday night to move into sole possession of second place in the West.