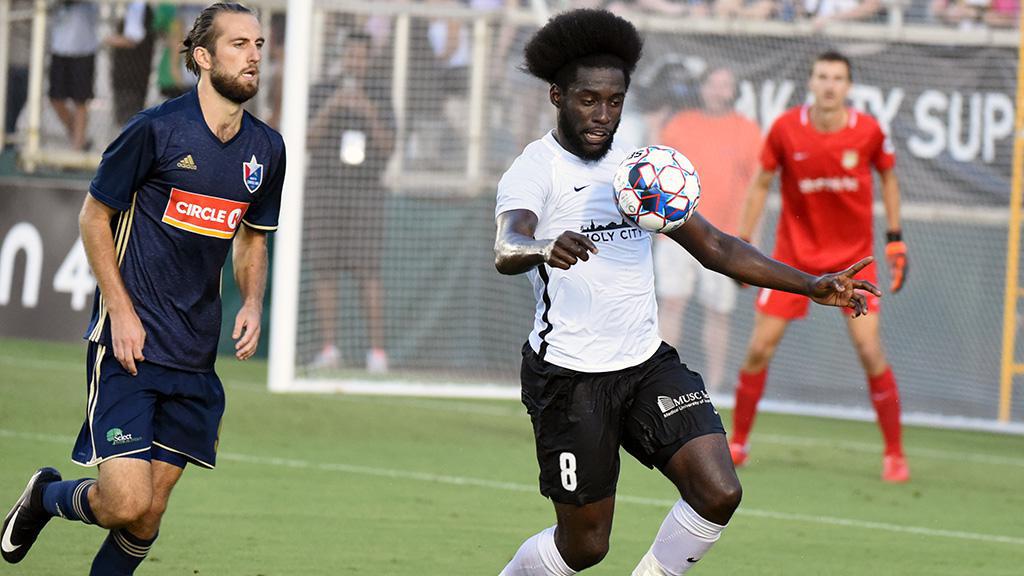 CARY, N.C. – With only a month having passed, the memory of the first meeting of the season between North Carolina FC and the Charleston Battery that ended in a 1-1 draw is still fresh in the memory for both clubs.

As the clubs convene for a second time at Sahlen’s Stadium at WakeMed Soccer Park on Saturday night (7 p.m. ET | Match Center | ESPN+) both are drawing from that experience with both in need of all three points for very different reasons.

For the hosts, victory would mean a potential move into the top eight in the Eastern Conference playoff positions. Sitting two points back of the eighth-place Charlotte Independence ahead of another busy weekend in the race for the 2018 USL Cup Playoffs, North Carolina believes it needs to capitalize on its opportunities better this time around against its Southern Derby rival.

“Obviously, the last time we played here a few weeks ago, we felt that we should have come away with a win,” said NCFC midfielder Kyle Bekker. “We’re excited for it. They’re a great team that is high up in the table. It’s not going to be easy, but we’re still playing at home and we like to feel that we have the advantage.”

For the visitors, victory would allow the side to maintain its second-place standing in the conference, and potentially close the gap on FC Cincinnati at the top should results elsewhere go their way. With four consecutive wins under their belts since the June 7 meeting between the teams, the Battery are aiming to remain defensively solid and avoid the type of ending that marked the last meeting when North Carolina leveled with nine minutes to go before both sides had chances to snatch all three points in the closing stages.

“We don’t want to let them score, because that brings confidence,” said Battery Head Coach Mike Anhaeuser. “You can see it with our guys since they’ve been scoring. They’re running more, pressuring more and that just comes from scoring goals. It gives you energy. I think if we can score a goal and go up 1-0 then defend like we have been, we’ll have success.”

BEN FITZ THE BILL: Having been sidelined for much of his second professional season with a groin injury, Wednesday night was a first opportunity this season for Pittsburgh Riverhounds SC midfielder Ben Fitzpatrick to make an impact for the Eastern Conference contender as he came on as a second-half substitute against the Richmond Kickers.

In bagging his first professional goal four minutes after being introduced with a fine finish off Kenardo Forbes’ second assist of the night, Fitzpatrick made the desired impact.

“Warming up on the sideline, I wasn’t sure if I was going to get in, but if I did I knew I needed to prove myself,” said Fitzpatrick after the game. “My job coming in with about 15 minutes left was to work my tail off. Christiano [Francois] and Noah [Franke] on the flanks were running their outside backs ramped. I knew if I just kept getting some runs in behind, a player like Kenny with his quality is going to play me the ball.” 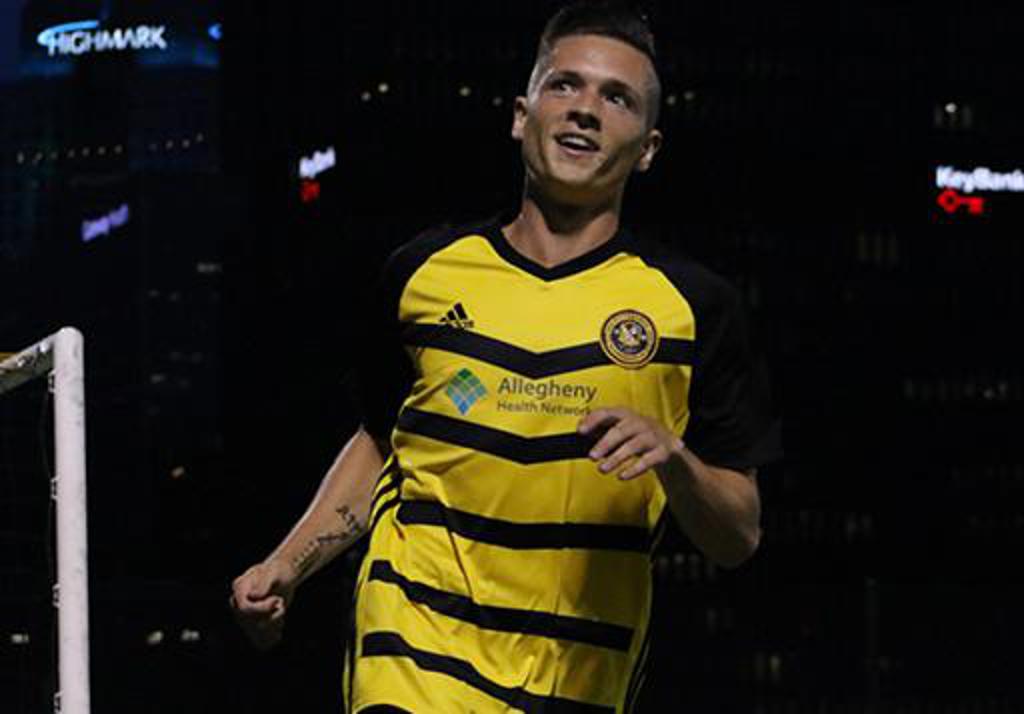 Riverhounds SC Head Coach Bob Lilley was pleased with the response his side showed in the 3-0 victory at Highmark Stadium, which snapped a two-game losing streak and saw goalkeeper Dan Lynd record his 10th shutout of the season, a single-season club record for the Hounds. With Toronto FC II coming to Pittsburgh on Saturday (7 p.m. ET | Match Center | ESPN+), the Hounds are hoping for more of the same as they look to complete a three-game sweep of the seasons series between the teams.

STEEL FC EXPECTS DIFFERENT CHALLENGE: Despite his side having taken victory in each of the first two meetings this season between the clubs, Bethlehem Steel FC Head Coach Brendan Burke is expecting a difference challenge when his side visits the Richmond Kickers this Saturday night at City Stadium (7 p.m. ET | Match Center | ESPN+).

With the Kickers having installed David Bulow as their new Head Coach since Steel FC took a 3-1 victory when the sides last met on May 6, there have been some notable differences to the way Richmond has set up for its more recent contests.

“There are a few players playing in different positions,” said Burke. “Braeden Troyer for instance is playing as a holding midfielder at times when he didn’t do as much of under Leigh [Cowlishaw]. They are building out of the back consistently which they didn’t always do under the old coach. There have been a few adjustments and they are pressing a little higher up the field so there are changes.”

With the Kickers coming off a tough midweek loss against Pittsburgh Riverhounds SC, the chance should be there for Bethlehem to claim points on the road and maintain its push for a second consecutive trip to the USL Cup Playoffs. Coming off a 4-1 victory against ATL UTD 2 that saw three of the club’s youngsters score their first professional goals, Steel FC is looking to get on a roll as it enters its final third of the season.

“We were happy with the sustained pressure we were able to maintain in the Atlanta game at home,” said Burke. “In fact, everything else kind of stemmed from that sustained pressure on the defensive side of it and that’s something we have to try and replicate as we try and get three points out of each of the next couple games.”

AROUND THE EAST: With four points separating the seven teams sitting between seventh and 13th in the conference standings, North Carolina Head Coach Colin Clarke has a clear view of how he sees the stretch run. “We literally broke it down into a league within a league,” said Clarke. “This is the second half of the season. We’ve set up the last 16 games and we feel that we have to be at the top of that league to obtain our goals. So far, so good.” … 17-year-old Brenden Aaronson was one of the players to find the net for the first time in his career for Bethlehem in its victory against ATL UTD 2 and earned USL Team of the Week honors for his display, which Steel FC Head Coach Brendan Burke said was a microcosm of what the club has seen in his growth since his debut last season. “Brenden certainly deserved it because it wasn’t just the goal and the assist, he was able to consistently find space and play forward and do all the things that we ask of our Number 10,” said Burke. “He was good for us last year as a 16-year-old, now he’s 17 and I look at him that same way I’d look at any of the pro players. He’s adjusted to the level and I think he’s very much part of our team for the rest of the season.”