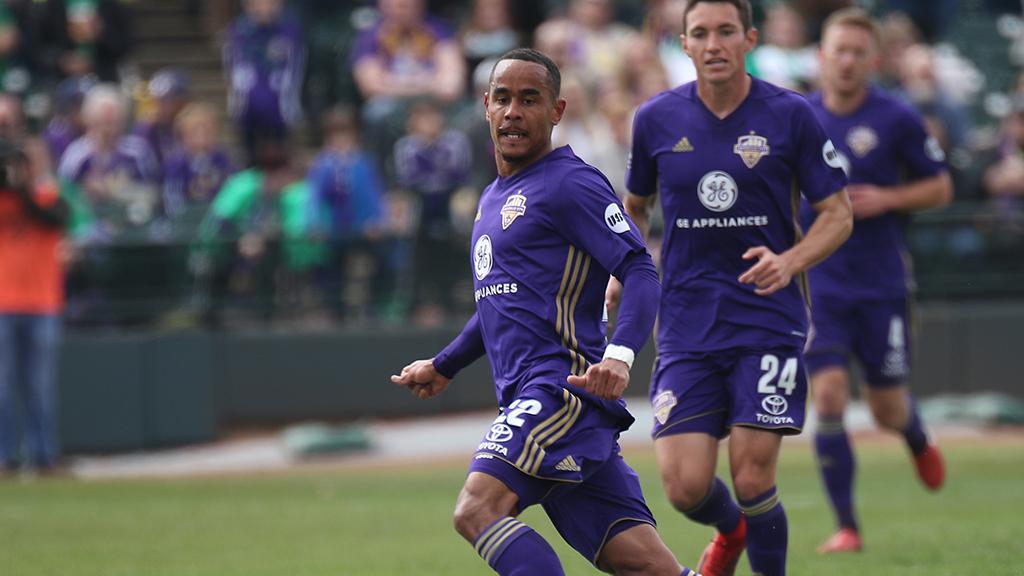 Louisville City FC's George Davis IV is one goal away from his 50th in the USL regular season for his career going into Saturday's game against Ottawa Fury FC. | Photo courtesy Em-Dash Photography / Louisville City FC

LOUISVILLE, Ky. – As part of Louisville City FC’s triumvirate of player-coaches currently leading the side, veteran midfielder George Davis IV was as pleased as anyone with the response the side showed to defeats in both the league and Lamar Hunt U.S. Open Cup last Saturday night as the club defeated the Charlotte Independence 4-1 before a crowd of just over 8,000 fans at Slugger Field.

As the side prepares to go on the road this Saturday against fellow playoff contender Ottawa Fury FC at TD Place (2 p.m. ET | Match Center | ESPN+), Davis believes maintaining the attention to detail the side showed in that performance is going to be key as the side looks to move closer to FC Cincinnati at the top of the Eastern Conference standings.

“The mentality is important, the work rate, the little things,” said Davis. “Where the space is, the little tactics that you hear over and over, day to day. And when you hear from the same voice it may become redundant, and it's good to hear and see it for yourself. You know without the work rate, without the mentality, the quality won't come through. But when you put the basics down, then our quality shows.”

Davis’ consistency throughout his career has been a reason why he’s become a respected voice in the Louisville locker room. It has also brought him to the verge of a career milestone, with the 30-year-old needing one more goal to reach 50 regular-season tallies in the USL after his finish last Saturday night against the Independence. Davis would be the fourth player in the USL’s modern era to do so, following Dane Kelly, Jorge Herrera and Chandler Hoffman.

Ottawa is coming off a similar disappointment that Louisville was a week ago after its elimination by Toronto FC in the 2018 Canadian Championship on Wednesday night, but with Fury FC having won back-to-back league outings to move into the top eight in the Eastern Conference, Louisville is expecting a challenging contest north of the border.

“Ottawa will be very athletic, very strong team,” said Davis. “They seem to be finding their way in the last couple of weeks, so playing on the turf up in Canada, it's going to be another tough match and can't overlook the opponent. But, you know, we’ll spend another week preparing just like we always do, and hopefully go up there to put in another good performance.”

NCFC FACE STEEL CITY CHALLENGE: After taking victory against last-place Toronto FC II this past Saturday, North Carolina FC will get a much sterner test this weekend as the third-place Pittsburgh Riverhounds SC visit Sahlen’s Stadium at WakeMed Soccer Park on Saturday night (7 p.m. ET | Match Center | ESPN+) for a game that the hosts that isn’t quite a must-win but is one that the side would certainly benefit from taking all three points from. 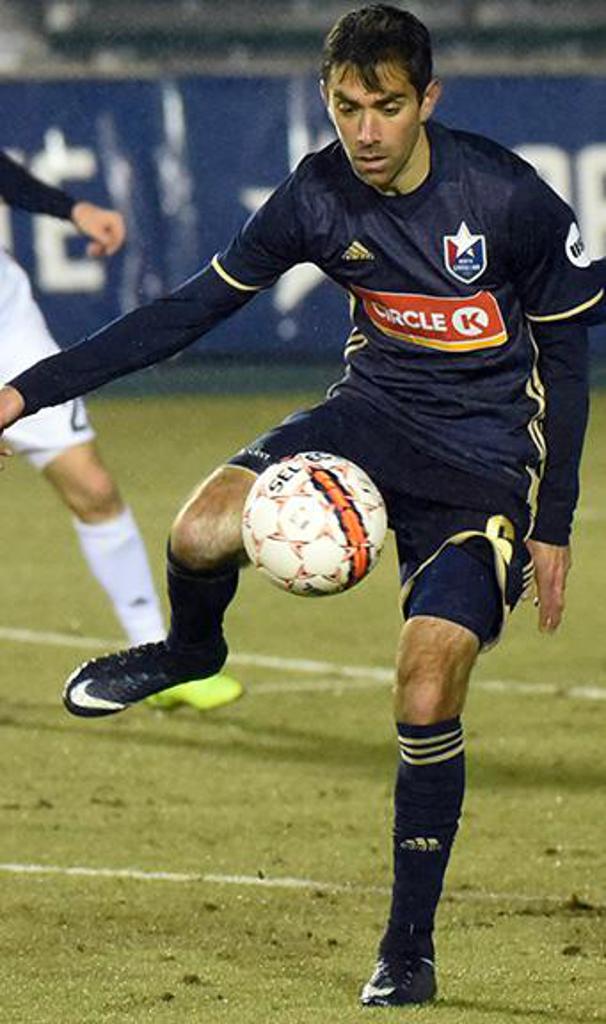 With Riverhounds SC boasting the best defense in the league, the hosts are aware of the challenge that will face them, especially after suffering a 2-0 defeat at Highmark Stadium in a lightning-delayed clash on July 4.

“They’re definitely a team that doesn’t give up many goals,” said NCFC captain Austin da Luz. “But when we play at home, we like to think that we create enough chances against anybody to get a result. The way we know we can play on our field, which is obviously a little bigger than their home field with a better surface, hopefully we can impose ourselves on them and come out with a result.”

North Carolina has certainly shown more creativity on its home turf this season than away from home. The side sits seventh in the league in Chances Created during home contests according to Opta with 120, an average of 10 per game. With seven home games left on the regular-season slate for Head Coach Colin Clarke’s side – including back-to-back visits from top-three sides with the Charleston Battery coming to town next weekend – maximizing those opportunities is going to be key if the side is to make a run at the postseason.

“I think the schedule is lined up for us,” said defender Connor Tobin. “As a group, we have to put the first half of the season behind us. What’s done is done. We have to really focus on the second half and become more consistent.”

PENN READY FOR REBOUND: With both Penn FC and the Charlotte Independence sitting below the playoff line going into Saturday’s game at the Sportsplex at Matthews (7:30 p.m. ET | Match Center | ESPN+) and separated by two points in the standings, the stakes are high for both clubs as they square off twice down the stretch in the race for the USL Cup Playoffs.

“It’s a huge game,” said Penn captain Ken Tribbett. “Looking at the table, we haven’t played them yet. We get them two times [in the regular season] and it’s six huge points. If we get them both times, we can really separate ourselves in the table, push ourselves up and push them down.”

Penn is looking to get back on track after being off in Week 19, which followed a pair of defeats that saw the side slip out of the playoff positions after a six-game undefeated streak that preceded it. With the side having also bolstered its ranks with the addition of former Tampa Bay Rowdies winger Walter Ramirez, Head Coach Raoul Voss is ready for what is going to be a battle all the way to the finish.

“Every game is becoming a final pretty much – it’s that part of the season,” said Voss. “If you look at the standings, every team is so close. Against Charlotte, it’s going to be a tremendously important game for us.”

AROUND THE EAST: With the side struggling in the race for the USL Cup Playoffs, Bethlehem Steel FC knew it faced a crucial week going into Thursday’s contest with Indy Eleven. After surrendering a late goal in a 1-0 defeat the side was left disappointed as a tough month continued. “Before the game, we had a couple of goals we [set],” said Steel FC defender Matt Real. “One was a clean sheet, two is we need six points in the next two games that we play. Obviously, neither of those goals were accomplished, so it’s a really disappointing result. I thought the team fought really hard till the end, but the final product just wasn’t there. And then we have a mental mistake there in the box at the end of the game, it cost us the game. So, simple as that.” Steel FC next faces ATL UTD 2 on Sunday evening at Goodman Stadium. … While he might fly under the radar a little, Pittsburgh Riverhounds SC midfielder Kenardo Forbes is again putting together a sharp season for his new club with four assists, 19 key passes, 36 interceptions and a rate of 61.1 passes/90 minutes. His value to his teammates certainly doesn’t go overlooked, though. “He’s one of the best in this league,” said fellow Hounds midfielder Mouhamed Dabo. “He’s one of the best midfielders. I learn about him with the ball. He’s very composed when he has the ball, and he’s very hard to defend. He can pass well with the ball. He can move very well.”