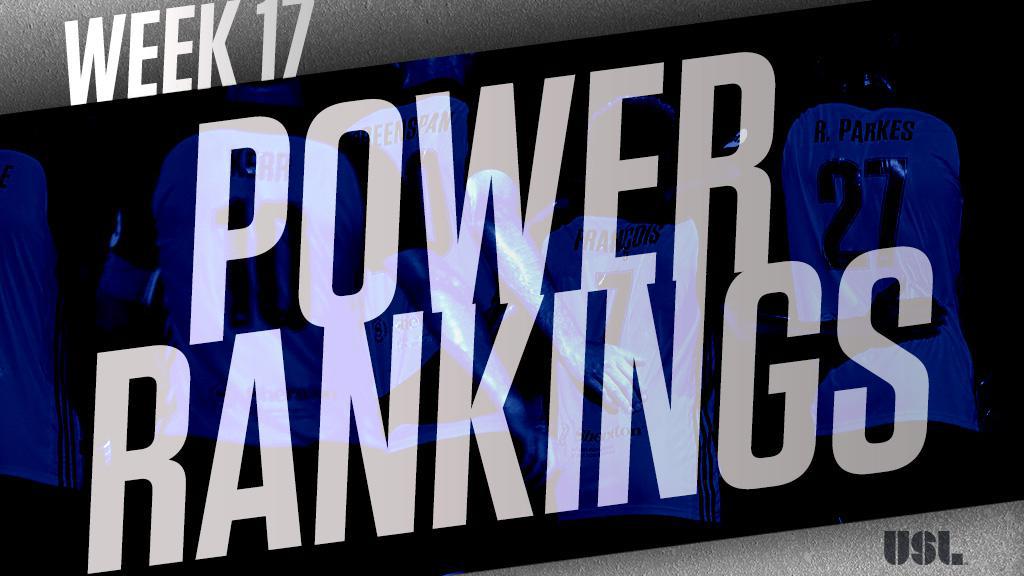 It’s fair to say there’s never been a season like this one in Pittsburgh Riverhounds SC’s history, and the new unanimous No. 1 in the USLSoccer.com Power Rankings only adds to the idea that things are very different at Highmark Stadium in what is turning into a historic season for the club.

To put things into some context, Riverhounds SC is already two victories away from tying its most wins in the league’s modern era, and seven points away from its biggest total when it finished fifth in the Eastern Conference in the 2015 season. The Hounds have also recorded 12 shutouts this season, compared to seven goals conceded in 17 games, as Head Coach Bob Lilley’s methodology has quickly translated to the squad assembled this offseason.

But while it might seem this is all defense for the Hounds, the club has done well enough in front of goal to make its hard work pay off. With Neco Brett sitting on eight goals individually, putting him in the hunt for the USL Golden Boot, Pittsburgh is tied for the best goal differential in the league at +14 alongside fellow frontrunner FC Cincinnati. It also currently possesses a 487-minute shutout streak since it conceded to the Richmond Kickers, a game the side still rallied to win back on June 2.

With what Lilley has been able to accomplish previously in the league, what might have been a dark horse contender at the start of the season is now among the frontrunners to host a playoff game at Highmark Stadium for the first time, but also bring home silverware at the end of the season.