After forming nonprofit, supporters group does more than “drink beer then go cheer” 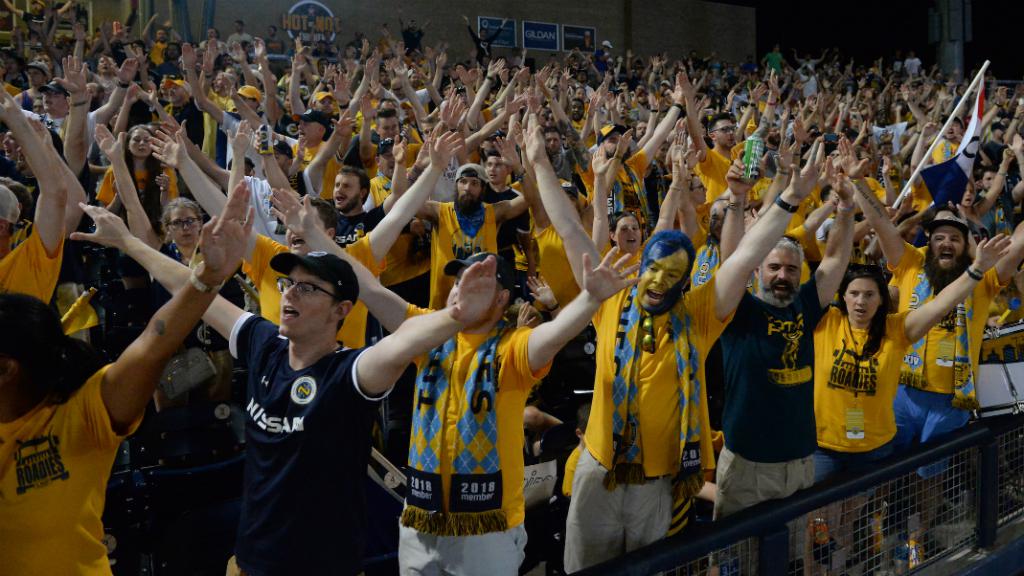 NASHVILLE, Tenn. — “Any group of idiots, including us, can drink beer in parking lots and bars, then go cheer for a team.”

That’s how Newton Dominey, President of the Nashville SC supporters group, the Roadies, starts his explanation about his group, which has played the leading role in the tremendous atmosphere that has been found at First Tennessee Park during the club's first professional season in the USL this year.

But for the Roadies the key to their group is not just about cheering on Nashville SC, but about making a broader difference to the city as a whole.

“We think that support means more than that,” Dominey continued, “so we’ve become a nonprofit with a goal of making soccer more accessible for everyone in our community.”

That work has already begun. In their first season as a nonprofit organization the Roadies have started work on training camps and clinics for Nashville’s kids, and they're also working toward setting up scholarships that will broaden playing opportunities for young players across the city.

The attitude the Roadies have brought to their new initiatives follows the overriding mentality within the core of the group, which is summed up in the motto “first in, last to leave.”

“It’s pulled from an old Jackson Browne song, The Load Out. That’s where the Roadies name comes from as well,” said Dominey. “With our history, starting as a supporters-owned club in 2013, everything was run by the volunteers who owned the club. We set up before matches, tore down after matches, sold tickets, did community events…you get the idea. We were literally first in and last out every week.”

“We started by raising money at tailgates and events last season,” said Dominey. “This season we’ve worked it out with our home bar, Pastime, to donate a portion of the revenue during every Roadies Rally to SftN through us. We also donate five percent of every member’s dues to them and this season we’ve also had a handful of Roadies volunteer as coaches.”

RELATED: Roadies Bring the Noise for Soccer for the Nations 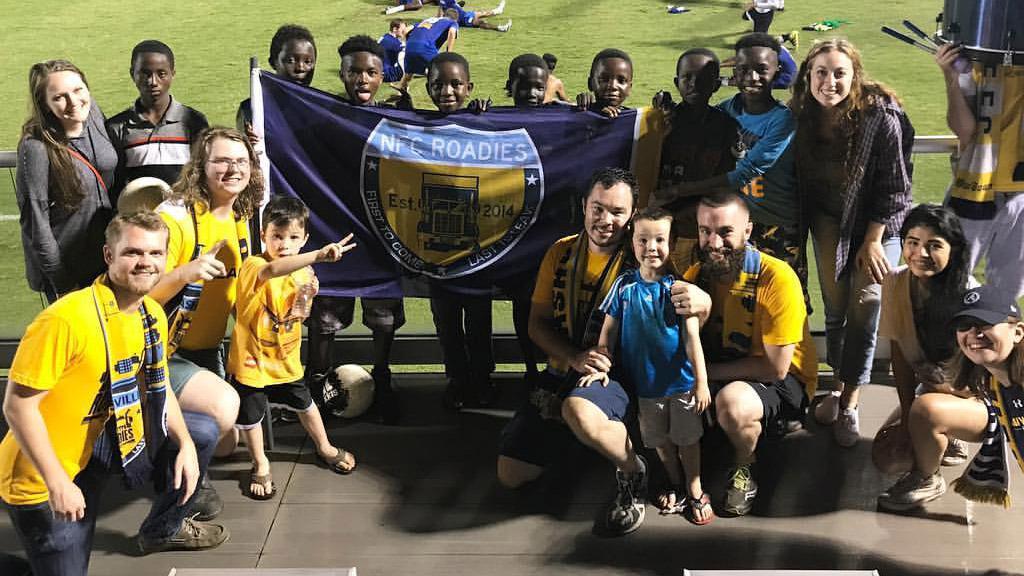 Beyond working with SftN the Roadies have expanded their reach, using June’s Pride Month as an opportunity to support LGBTQ issues. Similar to the players participating in “Playing for Pride”, the supporters signed up for Prideraiser, a nationwide fundraising challenge.

“Each supporters’ group that participates chooses an LGBTQ nonprofit in their area, in our case the Oasis Center, pledging money for each home goal scored during June,” said Dominey. “I believe we raised around $1,500 this month, and all of our donations are going to a program at Oasis that works with teens as they sort out what life looks like for them.”

Every supporters group tries to be involved in the local community beyond what they are doing in the stands every weekend. For some, the choice about what to do can be difficult, but that was not the case for the Roadies.

“It honestly didn’t feel like a big, difficult decision to land on a mission. It just naturally came to be from everyone’s interests, backgrounds, and passion when we started this thing five years ago,” said Dominey. “We just transitioned from buying soccer balls for Roadies on mission trips to give to kids they were working with to raising multiple thousands of dollars for a local soccer nonprofit and becoming a nonprofit ourselves.”