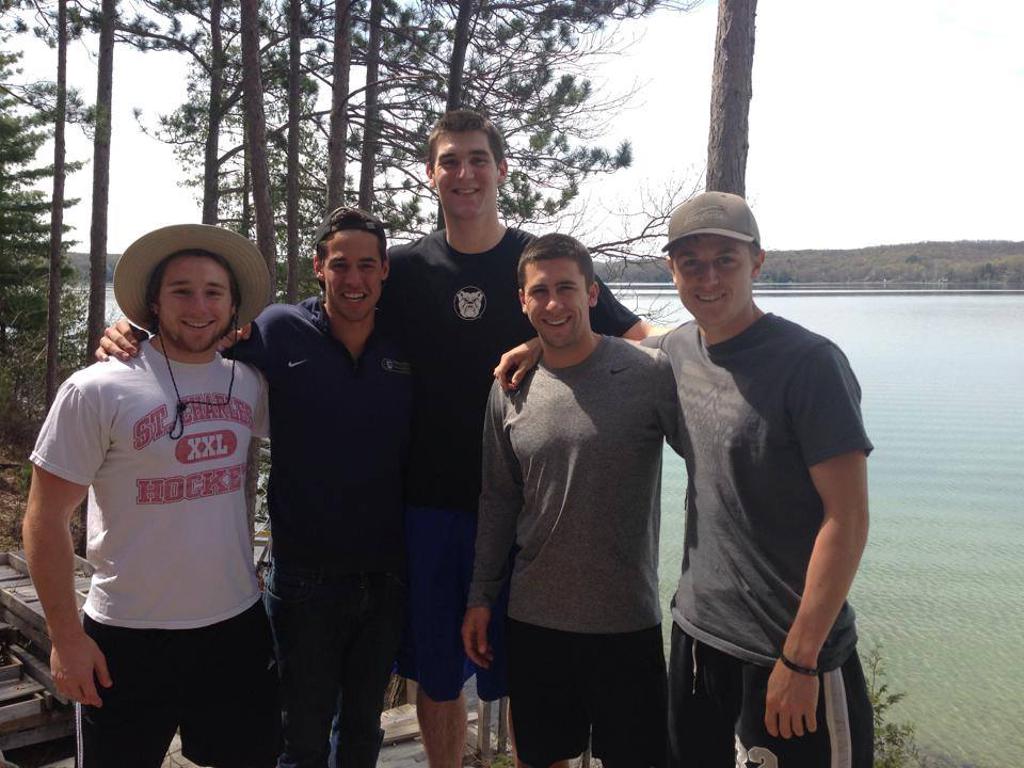 COLORADO SPRINGS, Colo. — Too many people have personal stories with cancer.

Lots of people have lost friends or family members to it, but for some, that story pushes them on. That is what happened to Colorado Springs Switchbacks FC defender Jordan Burt, and has led him to encourage others to take his step and join the Be The Match bone marrow donor registry in honor of his friend and college roommate Andrew Smith.

“He was an awesome guy and we became good friends, he was on the basketball team and went to national championships. After school, he signed a professional contract in Europe. In the middle of the season when he was over there he found a lump on his throat and had to be rushed back to the United States and it turned out to be cancer,” said Burt. “There was a two-year process of chaos, both ups and downs and part of that was that he had to get a bone marrow transplant. In the last year of his life, they started doing these bone marrow drives. It ended up not working, he lost his battle with Cancer in 2015. He wore number 44 at Butler so after that they started this initiative, it’s called Project 44, and its goal is to get as many people as possible to sign up.”

Burt now wears No. 44 as a reminder, not just of his friend but of his responsibility to help push people on to honor his friend by signing up for the registry. As part of that initiative, the Switchbacks will lead a drive at Saturday’s match against Fresno FC at Weidner Field. It was an idea the club has taken the initiative on as Burt has taken a back seat this time as he looks to serve his friend’s legacy.

That legacy has already had results as it saw a positive outcome from the first patient to receive a transplant through the Project 44 organization. A young child named Deegan had his life saved not just by a member of the registry but by one of Smith's former teammates.

“What was really cool was that they did a drive at the funeral. One of his teammates, Chase Stigall, signed up that day and a year later he got a call and there’s this little boy called Deegan who needed a transplant and it worked and now he’s a healthy kid now,” said Burt. “One of the guys that was closest to Andrew actually signed up became a donor, and saved a little kid’s life.”

While the story of Chase and Deegan is an incredible one, there are many more like it, and there could be more if the registry was larger, which is the whole purpose of Saturday’s drive. With Project 44 still in its first few years of existence, a number of the other success stories can’t be made public as patients and donors are barred from being told who the other is in order to limit pressure on both parties.

The matching process is so precise, every single area from the largest to the smallest needs to be a match between the donor and the patient. That makes not just increasing the size but also the diversity of the pool vital to improve outcomes for patients. That is something that hits Project 44 in particular as Andrew’s wife, Samantha, is of Thai and European descent. Given the broad range of demographics and nationalities competing across the USL and other professional league's in North America, the diversity of the league and its fans make soccer fans ideal candidates to add their name to the registry.

“That’s one of the beauties of sports, in general, is that it crosses all demographics, all races, and all ethnicities,” said Edgington. “So we love igniting the cause with one spot that can hit different demographics.”

The numbers for bone marrow donation has a big divide between races. Caucasian patients have a 75 percent chance of having a match, but that number drops severely for any non-Caucasian patients all the way down to 18 percent for mixed-race patients. 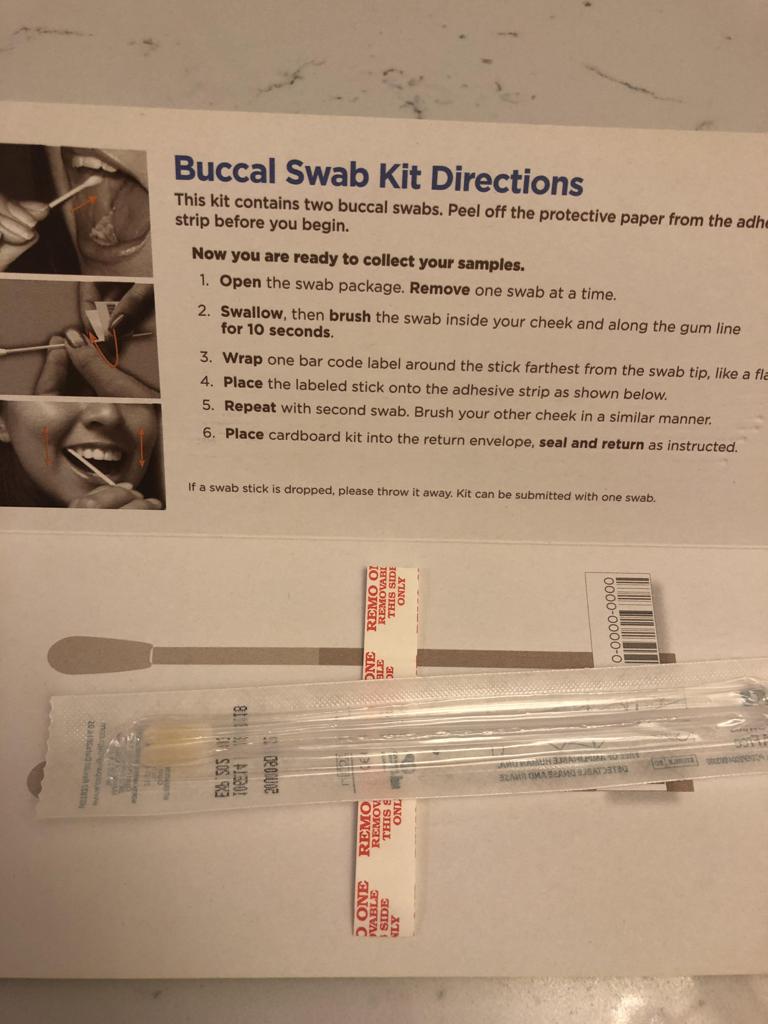 The process of becoming a donor is relatively simple and begins with registering online at the Be The Match website. Once registration is complete, the registry sends prospective donors a cheek swab kit (pictured) that comes with full instructions. The process maybe strange, I know I had never done it before, but it’s easy and is then shipped out to the registry where it will be tested and kept in a database for any potential matches. Should a match occur, a donor will be called for consent and then the procedure is relatively simple.

“77 percent of the time it’s a non-surgical procedure, it’s called a peripheral blood stem cell donation. For that one they give you an injection of a drug for five days which causes your body to produce a higher level of stem cells so they become available in your bloodstream,” said Sydney Bernzott, Be The Match’s Recruitment and Search Specialist in Colorado. “On day five is when you would go in for your donation and from there it’s kind of like a really long blood draw. What they do is they take the blood out of your arm, they put it through a machine that separates out those stem cells and then they return the rest of the components of your blood to you. So basically you’re with us for four to six hours, we bring you food, and it’s pretty laid back, we sit you in a reclining chair and cater to your every whim, and that’s basically it for that donation, you hang out, watch movies and save someone’s life.“

One of the challenges that has been faced by the bone marrow registry has been preconceived notions about what donation is. Television hospital dramas have created a scary picture of what donation entails, but for the vast majority there’s no hospital involvement at all, and when there is it’s not at all what television would have you believe.

“The other 23 percent of the time is when it’s a surgical procedure that’s the one that most people hear about but they usually hear the dramatized version which is much scarier,” said Bernzott. “That’s the preferred procedure if the patient is a child or is in the late stages of their disease because the cells from that are more mature so they’re going to work faster. For that one they would have you go to the hospital first thing in the morning, they put you under general anesthesia so you’re completely asleep and don’t feel anything and then they take a small amount of liquid marrow from the back of your hip because that’s where marrow pools. We typically see a recovery time of two to seven days, you’re not stuck in the hospital or anything, you usually leave the hospital that same afternoon.”

Those interested in joining the registry can do so at the match on Saturday at Weidner Field, where not only will interested fans be able to sign up but they’ll even be able to do their cheek swab then and there with Bernzott present and equipped with testing kits. For those not at the game, you can sign up online and Be The Match will send you a testing kit.