Craig, DelPiccolo on target from set pieces in 2-1 victory for hosts 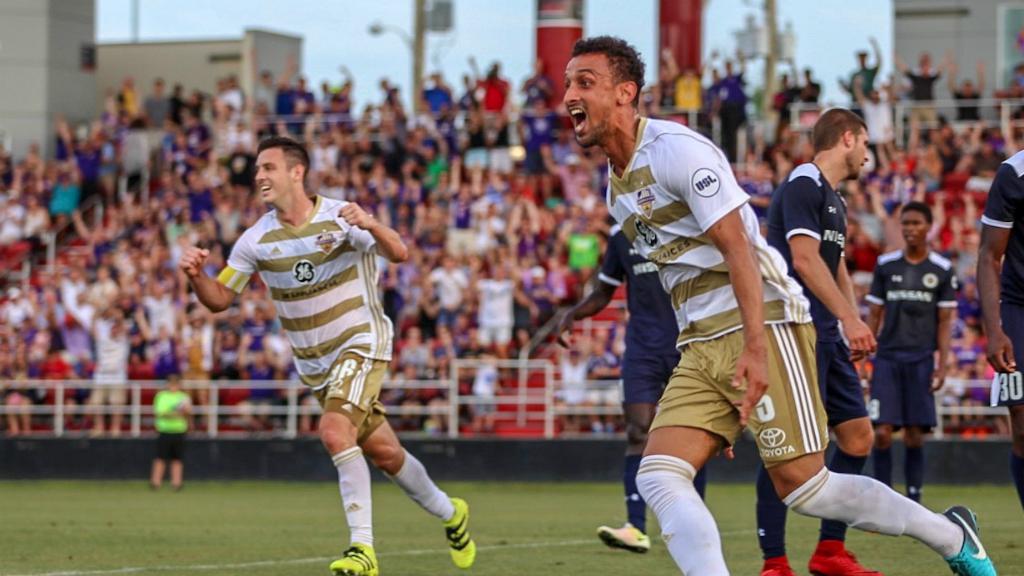 LOUISVILLE, Ky. — Louisville City FC advanced to the Quarterfinals of the 2018 Lamar Hunt U.S. Open Cup following a 2-1 win over Nashville SC at Lynn Stadium on Wednesday night. Goals by Paco Craig and Paolo DelPiccolo, both off plays begun with a corner kick. proved the difference as Louisville extended its deepest Open Cup run in club history.

After a tight start to the match, Louisville City FC opened the scoring on a corner kick when Oscar Jimenez swung in a delivery into the center of the to find Craig, who ran onto it and fired home a powerful right-footed shot for the hosts. The goal capped what had been a good start for Louisville, which had the bulk of the early possession for which it was eventually rewarded.

After going behind, Nashville got more of the ball but was denied clear looks at goal before the halftime break by a stern Louisville defense which held the visitors out. That defense swarmed whenever a visiting player had the ball, which starved the visitors of promising build-up and allowed the hosts to launch counterattacks which kept the Nashville defense busy.

Being a cup tie made the match tight as Nashville worked hard to avoid conceding a second time while Louisville worked to keep its lead. That meant the first half had few chances as Craig's finish stood as the only shot on target through the first 45 minutes.

Nashville went agonizingly close to an equalizer in the 56th minute when Ish Jome beat his defender on the run down the left wing and swung the ball into the penalty area. The cross found Ropapa Mensah in position for a half-volley which was saved by Louisville City FC goalkeeper Tim Dobrowolski, who palmed the effort off the post before it was cleared by the Louisville defense.

But just two minutes later a short corner caught Nashville out as Louisville doubled its lead through some slick passing. After Jimenez’s short corner, the hosts managed five passes on the edge of the penalty area which opened up space for DelPiccolo, who sent the ball past stranded Nashville goalkeeper Matt Pickens.

Louisville's slick passing was matched by the visitors almost instantly when Mensah and Lebo Moloto exchanged short, sharp, passes to give Moloto space for a shot which he sent just wide, but Nashville pulled a goal back in the 68th minute when London Woodberry swung the ball into the penalty area for Matt LaGrassa to place his header perfectly out of the reach of Dobrowolski to pull his side back into the match.

The visitors pushed late and got more balls into the penalty area in the final 15 minutes, but Louisville's back line stood firm as it packed into the box which starved Nashville of space. In the second minute of stoppage time, NSC manufactured space which allowed Bradley Bourgeois to get a header away from the penalty spot but his finish flew high and wide of goal, allowing Louisville to advance.