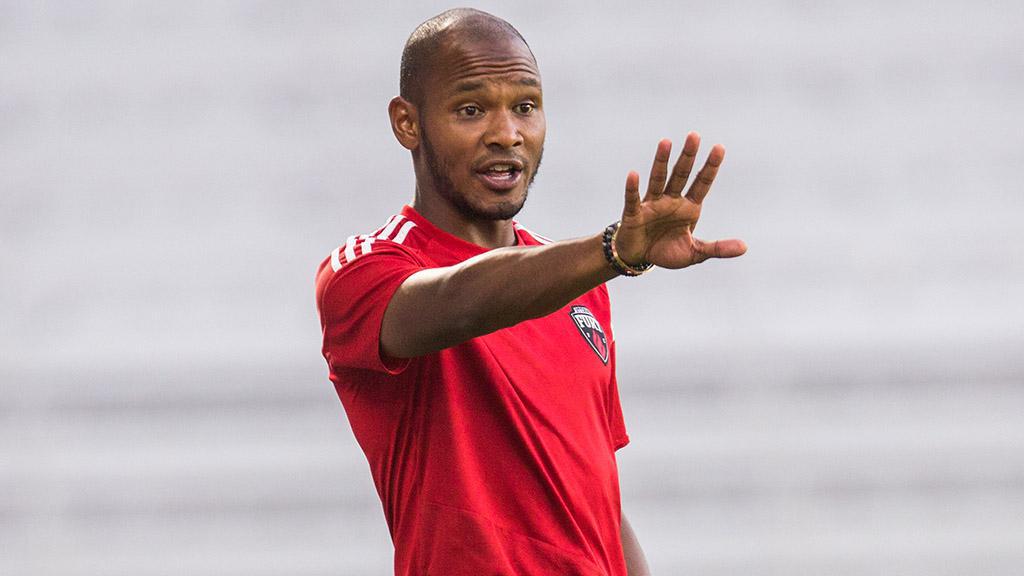 As the General Manager of Ottawa Fury FC, Julian de Guzman has played a key role in shaping the direction of the club, and its commitment this season to bringing in top Canadian talent to compete in the USL. Named one of Canada Soccer’s official ambassadors for the United 2026 World Cup bid – which will find out on Wednesday morning whether it has been successful in bringing the world’s biggest tournament to North America – de Guzman continues to be one of the prominent figures in the sport on a national level after a playing career that saw him make 89 appearances for Canada and compete in La Liga and the Bundesliga.

We caught up with de Guzman recently to talk about what it meant to stand alongside fellow former Canadian Men’s National Team standouts Jason de Vos, Patrice Bernier, Paul Staltieri and Dwayne de Rosario and Canadian Women’s National Team standouts Kara Lang and Karina LeBlanc as bid ambassadors, the arrival of a new professional Canadian league in 2019, and the progress of the project Fury FC has undertaken this season.

Q: What does it mean to be one of Canada Soccer’s official ambassadors for the United 2026 World Cup bid?

Julian de Guzman: It’s a huge honor to play the role as an ambassador for your country while bidding for the most prestigious sporting tournament in the world. To have this honor is a dream. To represent my country –  not just as a player, not just as an GM, but as an ambassador and help a country that’s uniting with other federations to host the World Cup. I don’t think you can ask for anything better than this, especially post-career.

Q: You’re among illustrious company as one of the seven former players selected, what does it mean to be grouped with players who’ve meant so much to Canadian soccer?

JDG: It’s a solid team of individuals who have contributed many years of their lives and dedicated a lot of themselves to the soccer program in Canada. I’ve played with some of them, have looked up to some of them as well and I’ve definitely watched a lot of them succeed in carrying the country as players – both in men’s and women’s. To be a part of this team is almost the same feeling when you get called up for a national team camp. This is a very important group I’m a part of and it’s very enthusiastic feeling. 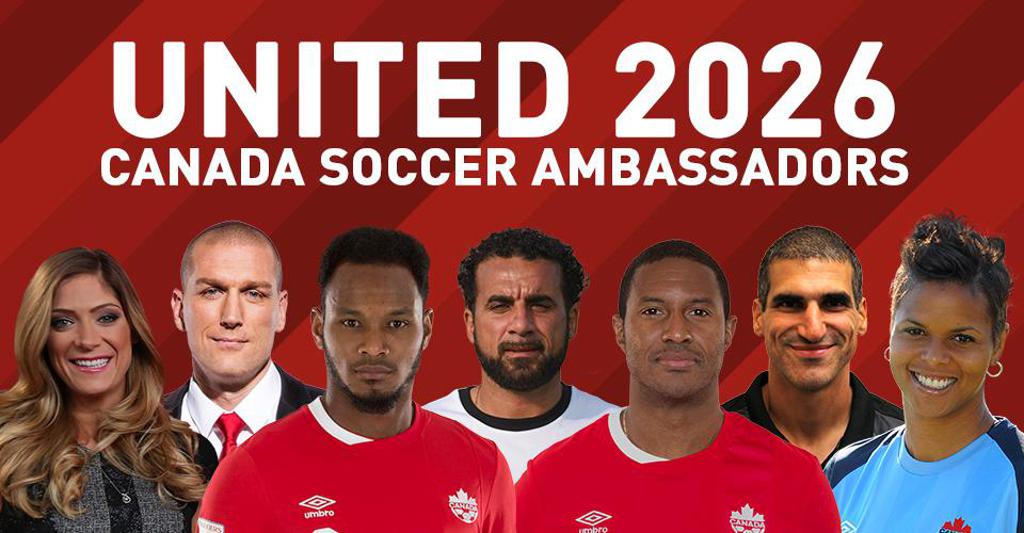 Q: It feels as though the progress that’s been made in the last couple of years has already been substantial, especially when you look at the continued success of the Women’s program and the bright young players that are emerging on the men’s side. What has it been like to be part of helping the changes we’ve seen in high-level Canadian soccer?

JDG: There’s a gap that we have experienced. We haven’t seen a lot of talent become top prospects for the country and now were entering a new generation where we are starting to see good quality finally flourish and eventually go on to become good leaders to lead the country to a World Cup. To still be involved from when I was a player, doing what I did – that was probably the golden era that we experienced as players. Now having that eye and picking up certain individuals that aren’t as good as some of the players that I’ve played with but even better, it’s relieving to final see the results pay off.

Q: Fury FC has obviously done a great deal in the past 12 months in that regard with the large contingent of top Canadian players that now make up the squad, how pleased are you with how far the team has come since we spoke in preseason?

JDG: It’s a big risk, taking this decision and this direction for soccer in Canada and believing in Canadians. I think there’s many who haven’t had the patience or done their due diligence in picking up the right batch of Canadians that could help a Canadian team succeed. So it’s not easy when you’re on one side of the world doing it. I’ve been able to do it on one side where I’ve played with some of these players. I’ve created relations with them. I’ve played against some of them as well.

Now that I’m on the other side of the world, I’m able to identify the right individuals who fit the culture that we have put in place here for Canadian soccer. It’s not just for Canadian soccer but also for Ottawa. I think it’s a good opportunity, probably the perfect chance to jump on this opportunity and not wait for a league to actually form itself or wait for someone else to do it. I am honored to be that person to take the initiative and find the solid Canadians who deserve a chance, build around that and hopefully have a successful Canadian team down the road. 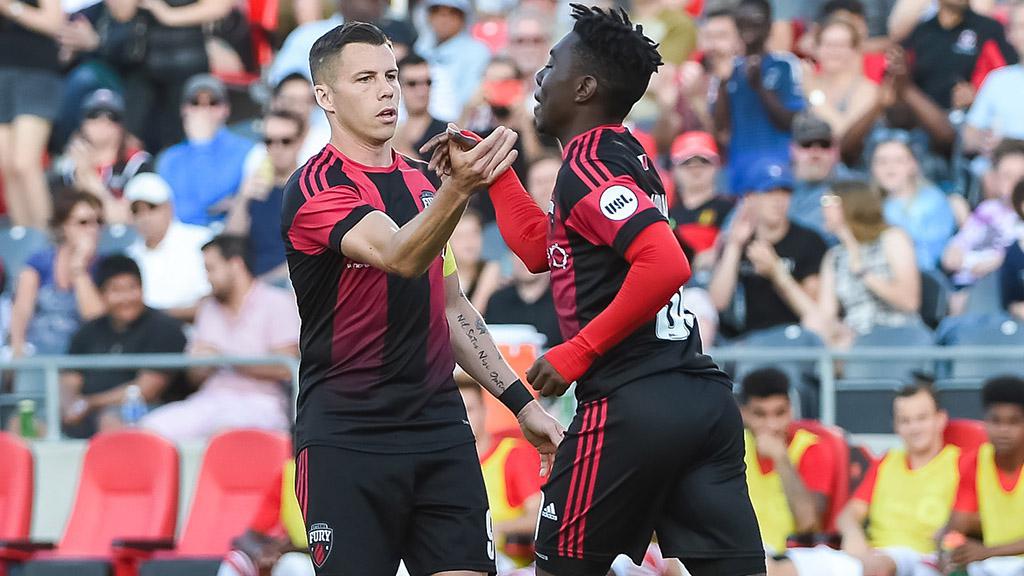 Q: We’re also starting to see some of the younger Canadians who’re competing in the USL, like Noah Verhoeven with Fresno and TFC II’s Aidan Daniels, make an impact in Canada’s men’s age-group squads. How important are those experiences, and the wider opportunities that should arrive with the Canadian Premier League next year, for young Canadian players?

JDG: It’s great news finally getting a domestic league allowing Canadians to stay at home in their country and perform at a high level. I think this is a great way to finally up the grassroots for Canadian soccer and having a league is a good start. For young players, like you mentioned Aidan Daniels, young upcoming players who need that experience at a professional level, they don’t have to wait anymore for the MLS teams that have academies to give them a chance. Now there are multiple teams across the nation who could open the doors to these young individuals and that’s a great way to finally start something that could become very successful and game-changing for soccer in Canada in the next 10 years.

It’s welcoming from our standpoint. We support it and definitely wish the best of success for a domestic league to take off and give opportunities not just for players but also for fans who have always wanted this and believed in it for such a long time. That also includes myself, growing up in Canada in the ‘90s and not having even a single professional team. Now we could finally have a lot of professional teams in its own professional league.

Q: One of your fellow ambassadors, Jason de Vos, is also Canada Soccer’s Director of Development. Can you speak to the impact he’s been able to have on the national program in the time he’s been working in that capacity?

JDG: De Vos has been a part of the program for many years. He’s contributed a lot as a player and post-career he’s been the voice of Canadian soccer. For him now to take charge of the program, he has a realistic eye for the game in Canada and he’s also seen where we have struggled – player development, coaching, academies etc. to have him take control makes me feel safe as a Canadian to know that De Vos is taking control and making the right decisions for the future of soccer in Canada and that’s somebody who believes that soccer in Canada has a bright future. 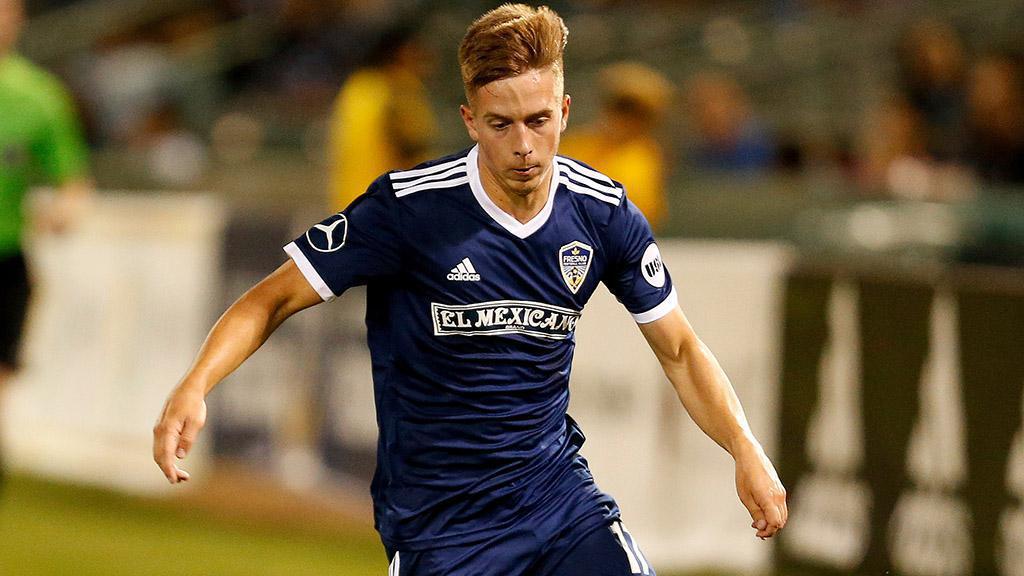 Q: What would the World Cup coming to Canada mean for the sport in the country, both in the build-up over the next eight years and then when the tournament itself arrives?

JDG: It’s going to create a lot of excitement and a lot of hype. The timing itself is great. We now have Canadian teams in MLS making it to the finals of the Concacaf Champions League. They have shown success in the MLS. Hopefully Ottawa can be the Canadian team that shows success in the USL. And then with the new league in place – CPL, this is a great feeling that you are getting for Canadian soccer. The full package is starting to come together now. The World Cup will be in our backyard hopefully down the road. It’s showing now that we’re finally coming together, that the relationship of Canadian teams is finally becoming one.