OKC still looking to turn corner in form; SAFC gets back to basics as it hosts T2 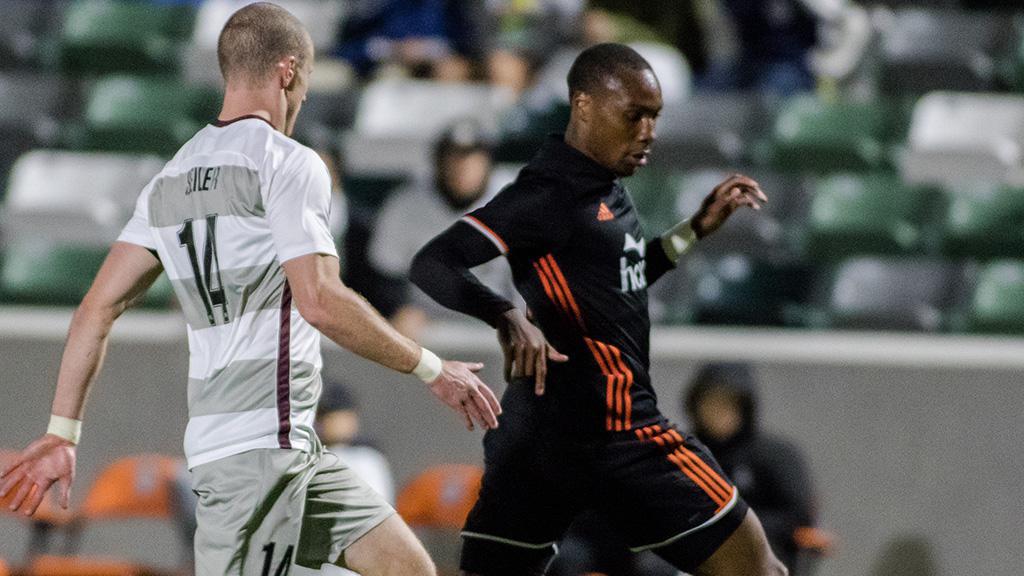 IRVINE, Calif. – Two teams sitting in the top five of the USL's Western Conference will meet at Papa Murphy’s Park on Saturday night when Sacramento Republic FC and Orange County SC do battle in one of the biggest games of this weekend's action (11 p.m. ET | Match Center | ESPN+). For both teams, the match presents a chance to keep some pressure on the league leaders, Real Monarchs SLC, but in addition it offers a chance for Orange County to make a major statement against one of its in-state rivals.

Sacramento took a 1-0 victory when the teams met for the first time this season at Champions Soccer Stadium as Cameron Iwasa's goal made the difference in a game that Orange County was disappointed to leave without a point. The hosts held a 5-2 advantage in shots on goal in that meeting, but were held off the board by a stellar display from Republic FC goalkeeper Josh Cohen, and a battling display from Sacramento that saw it hold a major edge in duels to help alleviate Orange County's pressure.

While Orange County is still firmly in the playoff positions after its 3-0 victory against Fresno FC last Saturday night, earning a first win of the season against one of the clubs sitting above it in the Western Conference would be big for Head Coach Braeden Cloutier's side. That it comes in the first of two consecutive road games for the side, both of which are against in-state rivals, the lack of travel is certainly nice as the side prepares, but Cloutier doesn't think it will be a major factor in Saturday's game.

“I'm not sure it matters that much, it's always nice to be closer to home and not have to deal with time changes and the rigors of travel within the USL. But we try to approach every game as a cup final, with the same effort, attitude & respect of our opponent,” said Cloutier.

Orange County started the season well, sitting at the top of the USL Western Conference in the early weeks of the season before a form slump pushed it down to fifth. But still in position for a return trip to the USL Cup Playoffs, the side is looking to build off an impressive display against the Foxes this past Saturday.

“We know that there are going to be ups and downs during a long season, but we are focusing on being consistent with our approach to everything,” said Cloutier. “No need to make major changes, maybe a tweak or two here and there, but overall just a time to get refocused, stay mentally sharp and a renewed attitude toward attention to details on and off the field, both as a staff and as a team.”

CLIMB STILL CONTINUES FOR OKC: After its draw last Saturday night with Black Gold Derby rival Tulsa Roughnecks FC, OKC Energy FC has recorded points in back-to-back games for the first time this season, but as it enters its second meeting of the season with Reno 1868 FC this Saturday night at Taft Stadium (8:30 p.m. ET | Match Center | ESPN+) Energy FC Head Coach Steve Cooke believes the job is very far from done in terms of a turnaround for his squad.

“I don’t think you ever feel like you’ve turned the corner. For those of us that are in the process every day you don’t ever think like that, good or bad, you just think about progress and moving forward,” said Cooke. “It’s never being in a mess or turning the corner, it’s always what comes next and how we are going to do well this weekend.”

With two results in a row, confidence has gone up in the Energy FC camp, but not much will be changing in how Cooke prepares his team.

“We feel pretty much like we did before, everybody is working hard and doing their part to make results happen every week,” said Cooke. “I think when you get a decent result the player confidence goes up and so they’re happier and more confident than they were before.”

Having suffered a 2-0 defeat at Greater Nevada Field on April 28, a victory that was part of Reno's current eight-game undefeated streak, Cooke's side knows at least partially what to expect, and will hope that having the home support will be a difference on Saturday.

“It always helps to play in front of your home fans and they get behind the players,” said Cooke. “I think the fans don’t realize how important they are in terms of giving the players a boost for their confidence and showing them some love when things maybe aren’t going in their favor.”

SAFC GETS BACK TO BASICS: A team with three straight wins takes on a team on a three-match winless streak when San Antonio FC hosts the Portland Timbers 2 on Saturday night at Toyota Field (8:30 p.m. ET | Match Center | ESPN+) but in a turnaround from a season ago it's Portland that is currently flying high in third place in the Western Conference with San Antonio looking to find a way back into the top eight in the standings.

After suffering a 2-1 defeat against Reno 1868 FC last Saturday night to drop to ninth place in the conference standings, SAFC Head Coach Darren Powell has been focused on fundamentals this week in order to try and get his side back on track.

“You focus on your basics on both sides of the ball,” said Powell. “We plan for playing Portland who is on a good run of form. You have to always look forward in this league. Every we game will be tight within the game and scoreline, so our job is to make sure we focus on the next match”

While Portland has surprised a lot of people around USL, Powell is not one of them, having seen the promise in the side when the two played last year. San Antonio may have taken victory in both contests in 2017, but the bright manner of T2's play shone through, and the new additions the side has made this season has helped create one of the bigger turnarounds in the league's history.

“Last year I thought Portland was a very strong side that was on a momentum path that wasn’t good momentum for them, but this year they have had a good start and have momentum in the other direction,” said Powell. “They are a very talented team, so we need to make sure that we are prepared and focused on our game plan and go out and execute it on Saturday night.”

Toyota Field has always been a fortress for SAFC, with just one loss at home this season and just five in its two-plus seasons in the USL. Getting back in front of those home fans to start a three-game homestand that also includes big games against Sacramento Republic FC and a return fixture with Reno 1868 FC is something Powell is hoping swings things in his side's favor.

“We have an excellent atmosphere here at Toyota Field,” said Powell. “The fans always enjoy the game and atmosphere. It provides energy and players can feed off that energy, and it certainly is an advantage for us to be playing at home.”