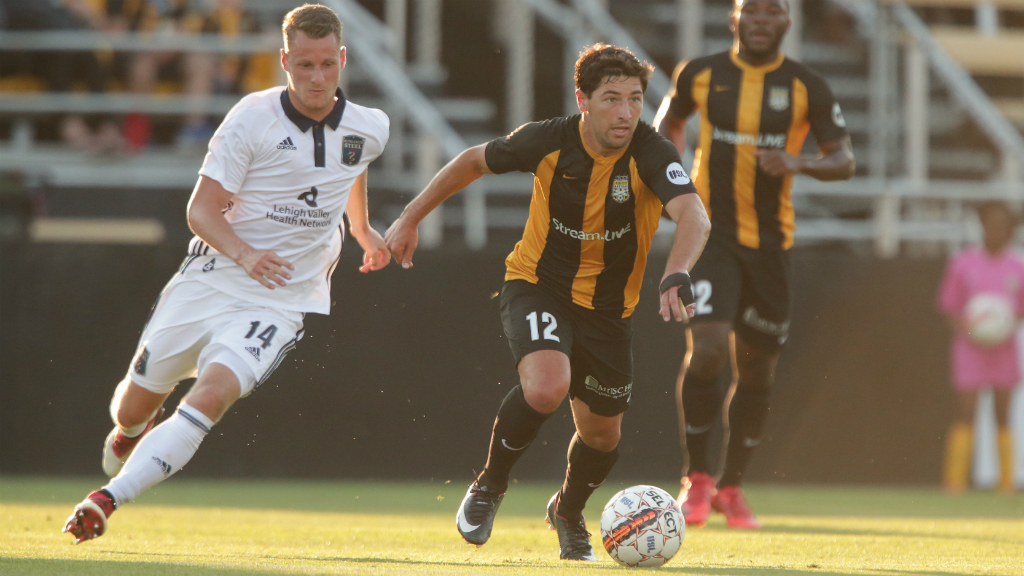 CHARLESTON, S.C. – The Charleston Battery have won four games in a row now after topping Bethlehem Steel FC 2-1 at MUSC Health Stadium on Saturday evening. Bethlehem controlled the first half in Charleston, having 57.6 percent of the ball while also creating the better scoring opportunities; however, the Battery ended the half on top thanks to Ataulla Guerra. Gordon Wild, who provided the assist for Guerra’s goal in the 44th minute of the match, scored the second of the game – a thunderous right-footed volley in the 53rd minute. Bethlehem’s only goal came via a penalty-kick conversion by Derrick Jones in the 65th minute, but the visitor did have a number of chances, especially in the first half, to find the back of the net. In the 25th minute, Michee Ngalina worked his way down the left wing and cut back inside before firing a shot on frame, but Battery goalkeeper Joe Kuzminsky stood tall and punched the blast away and out of danger. Seven minutes later, Adam Najem had a quality chance to score, sending a left-footed blast towards goal, but Kuminsky made a spectacular diving save to deny Bethlehem once again. With the result, the Battery improve to 5-2-2 this year, while Steel FC falls to 2-4-2 in 2018.

Gordon Wild, Charleston Battery – The forward scored a sensational volley and provided the assist on the first goal of the game, leading the Battery to victory.