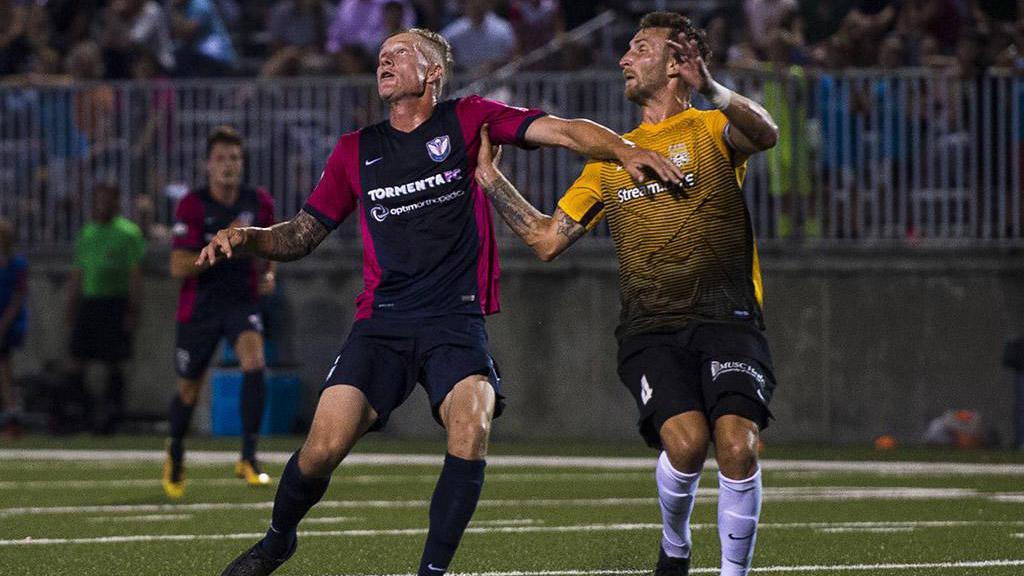 The Charleston Battery will host the PDL's South Georgia Tormenta FC in the Second Round of the 2018 Lamar Hunt U.S. Open Cup, with the clubs having met last season in an exhibition in Statesboro, Ga.

TAMPA, Fla. – The 22 USL clubs entered in the 2018 Lamar Hunt U.S. Open Cup learned their opponents in the tournament’s Second Round on Wednesday night, with the league’s clubs set to face some of the top clubs from the Premier Development League on May 16 after a busy night of action across the country.

The Charleston Battery – who a decade ago became the most recent lower-division club to reach the Open Cup Final against D.C. United – will play host to the PDL’s South Georgia Tormenta FC at MUSC Health Stadium after the Statesboro, Ga.-based side, which earlier this year was announced as a founding member of USL Division III that will launch in 2019, claimed a 2-1 victory against fellow PDL side the Myrtle Beach Mutiny.

Las Vegas Lights FC – which is one of three USL clubs making its debut in the tournament – will face a similar matchup to the Battery as it plays host to current PDL side FC Tucson, another team that will be part of USL Division III upon its launch. Tucson took a 2-1 victory against California qualifier La Maquina FC on Wednesday night to advance to the Second Round for a third consecutive year. Tucson has defeated professional opposition before at this stage, advancing to a Third Round-matchup with the Houston Dynamo after defeating the now-defunct San Antonio Scorpions in the 2013 edition of the tournament.

The Richmond Kickers are one of the USL’s sides that face a tricky road contest in the Second Round as they head to face perennial PDL contender Reading United AC, which on Wednesday night took victory in a penalty shootout against 2017 Open Cup history-makers Christos FC. Indy Eleven will also head on the road to face the PDL’s Missisippi Brilla FC, while OKC Energy FC will head to perennial Texas qualifier NTX Rayados.

Other games to watch include the Tampa Bay Rowdies’ trip to north Florida to face Jacksonville Armada FC, and a clash between defending USL Cup champion Louisville City FC and historic PDL club the Long Island Rough Riders, who rallied for a 6-3 victory against Stockade FC after extra time having trailed by two goals in the second half of their Second Round contest, and FC Cincinnati’s game against Detroit City FC at Gettler Field on the campus of the University of Cincinnati that will see FCC look to set out on a road that took the club to the Semifinals of the Open Cup a season ago.