Kickers Come From Behind, Down Toronto 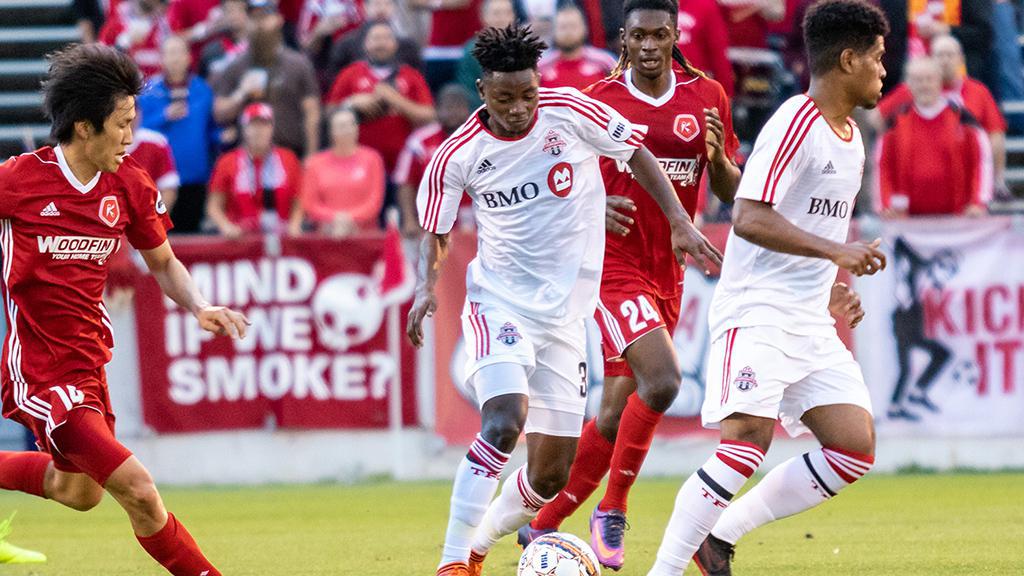 RICHMOND, Va. – A strong offensive performance got the job done as the Richmond Kickers managed a comeback 2-1 win against Toronto FC II at City Stadium on Wednesday night. TFC II ended a long scoreless run just nine minutes into the contest as a long run into the penalty area had the Kickers defense scrambling, allowing Shaan Hundal to play a soft ball for Aidan Daniels to bury a low finish. Just two minutes later Richmond was level, however, as Dane Kelly, making his debut on loan from D.C. United, saw his shot blocked, and then squared the rebound back to Yudai Imura who hit a powerful strike from the edge of the area into the top-right corner to restore parity. With two goals in just over 10 minutes, both sides were already out of their shells and the match became an attacking affair with Richmond especially determined to add to its account. Ten minutes after the break Richmond’s pressure finally told as a cross into the penalty area from the right by Kickers’ midfielder Raul Gonzalez caught out the Toronto defense, leading to TFC II defender Brandon Onkony redirecting it into his own net. Only a good save from Toronto goalkeeper Angelo Cavalluzzo kept it a one-goal game in the 67th minute when Gonzalez ran clear of the defense, only for the shot-stopper to make the stop with his legs. Toronto came further into the match in the final 10 minutes but it was too little, too late from the Canadian side as Richmond closed out the victory.

Yudai Imura, Richmond Kickers – After producing a perfect response to conceding the match early goal, Imura continued to have a strong match for the Kickers, winning five of his six duels, and helped the Kickers control the match with a passing accuracy rate of 81.8 percent.