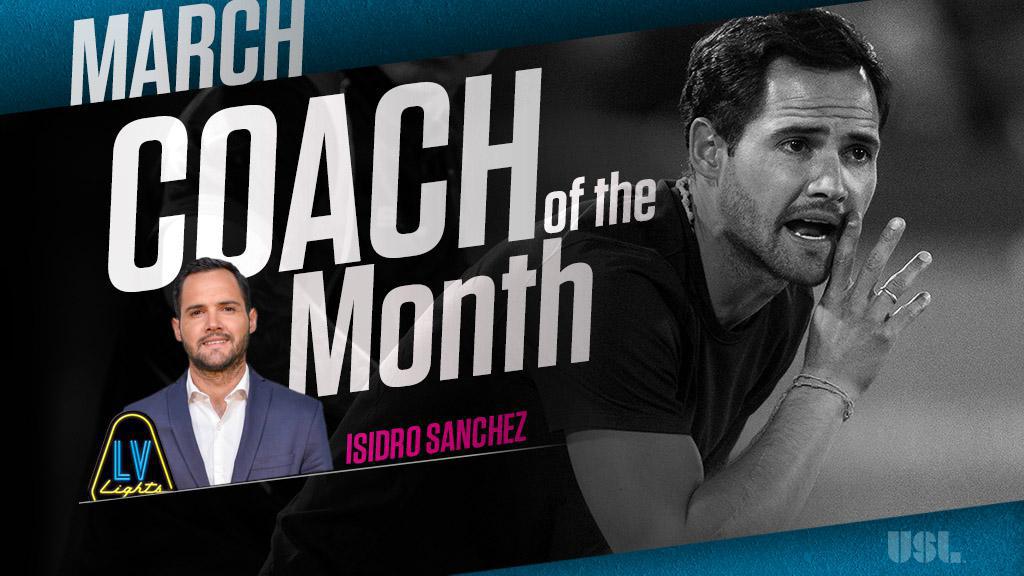 TAMPA, Fla. – Las Vegas Lights FC’s Isidro Sanchez has been voted the USL Coach of the Month for March after leading the expansion side to an undefeated record in its inaugural month of action.

The USL Coach of the Month award is voted upon by the USL National Media Panel and the USL Technical committee, with each group responsible for 50 percent of the overall vote.

“Obviously, winning the Coach of the Month is not an objective for me – it's just a consequence of the effort of the team,” said Sanchez. “As a coach, I give the same effort when we lose as I do when we win. The effort of the coaching staff is always the same. I remember once at a press conference, when they told a famous coach, 'Congratulations, you prepared very well this week, so you won today,' he said, 'When I lose, I prepare exactly the same, with the same effort.' That's a very important thing to remember.

“The difficult part is not getting to the top of the mountain. The tough part is staying there. Now that we have shown who we are, it's important to maintain it. We have to improve, be creative, be more convincing. This honor is more than a prize – it's a challenge for this coaching staff and this team. This is just the beginning for us.”

Sanchez received 29 percent of the poll to finish just ahead of Sacramento Republic FC’s Simon Elliott in second place at 25 percent. Also in his first professional head coaching position, Elliott’s Republic FC finished March with a 2-0-1 record that included a season-opening victory against San Antonio FC at Papa Murphy’s Park.

The Charlotte Independence’s Mike Jeffries finished third with 21 percent after leading his side to its best start in club history with a 2-0-1 record. That put the Independence on top of the Eastern Conference at the end of March despite the departure of two-time USL Most Valuable Player selection Enzo Martinez this offseason.