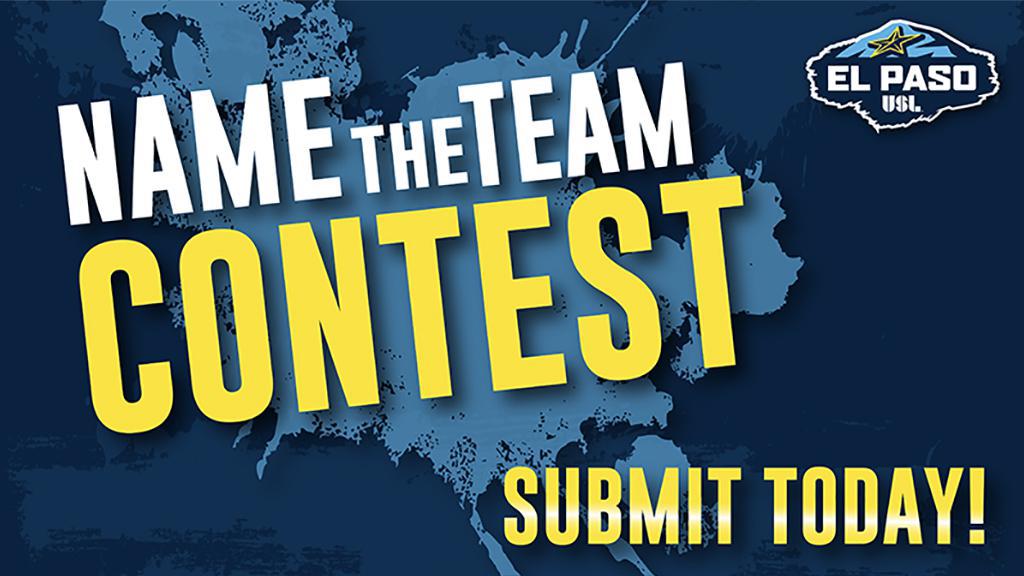 EL PASO, Texas – El Paso USL unveiled on Thursday its official Name the Team Contest for the new USL club which will debut in 2019. Beginning now through April 5, 2018, fans can login to www.epusl.com or www.elpasousl.com/nametheteam to enter their ideas for the name of El Paso’s new USL team.

“Since we announced USL Soccer was coming to El Paso, we have been asked repeatedly about the name of the team,” said Alan Ledford, President of MountainStar Sports Group. “It’s time to engage El Pasoans in the process and we are excited to launch the Name the Team contest. The team’s name should reflect the tradition of the sport, yet also be genuinely representative of El Paso – whether it be inspired by the community’s history, unique culture, landscape, or aspirations for the future.”

The entry period will conclude at 11:59pm on Thursday, April 5, 2018 and will be followed by a second phase of the process in which the top-ranked names will be voted on by the public. The selected name will be announced this summer. The person selected as the winner will win the grand prize, which includes two season seats for the 2019 season, two official jerseys, and the winner’s picture taken with the team during the 2019 season.

Official Rules for the contest may be found at www.elpasousl.com/nametheteam and require that participants must be at least 18 years of age to enter. In addition, participants who are under 18 years of age are encouraged to participate as long as they and their parents or legal guardians comply with the Official Rules. Multiple entries are permissible. Those who do not wish to enter online can also submit an entry by sending a standard size postcard with name, address, city, state, and zip code, day and evening phone number, and email address to El Paso USL, Name the Team Contest, 1 Ballpark Plaza, El Paso, Texas, 79901.

“This is El Paso’s soccer team and it is very important to us that El Pasoans play a role in helping us select the right name,” added Ledford. “And based on the support the community has demonstrated for its Triple-A Baseball team, we certainly expect they will embrace this team, its name, and the spirit of USL. This is about hometown pride.” 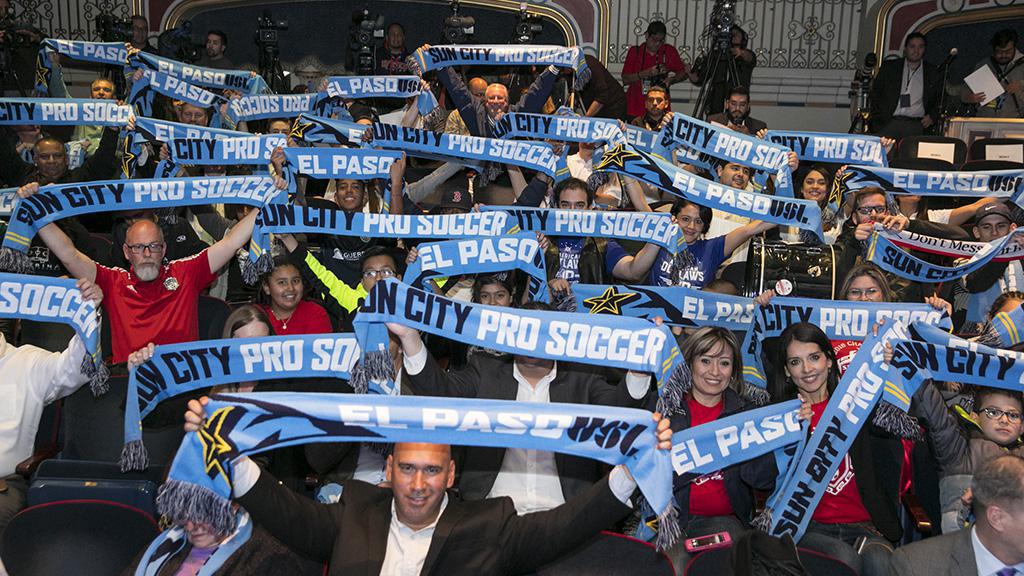 The criteria for selecting a team name include name popularity based on public entries and voting, creativity, how well the name represents El Paso, and family-friendliness. While the public input is an important element of the decision-making process, MountainStar Sports Group will make the ultimate name selection based on the aforementioned criteria and USL approval. In the case that the final name was not submitted by the public, all those qualified participants who submitted names will be entered into a drawing for the grand prize. Fans are encouraged to visit the USL Team Page at www.uslsoccer.com/teams to see a full list of teams from across the country. The final team name selected will dictate the team’s colors, crest, uniforms, and mascot, all of which will be revealed later this year after the team name is announced this summer.

“The response we’ve had to date for El Paso USL has been tremendous. Opening Day 2019 will be here before we know it, and we look forward to the inaugural season and all it will offer to soccer fans not only in El Paso, but throughout the region,” added Ledford.

Those interested in placing a Season Seat Deposit to be among the first to select their season tickets can do so with a $50 per seat deposit at www.elpasousl.com/tickets or may call 915-235-GOAL. Ticket prices and packages will be announced in the coming months.