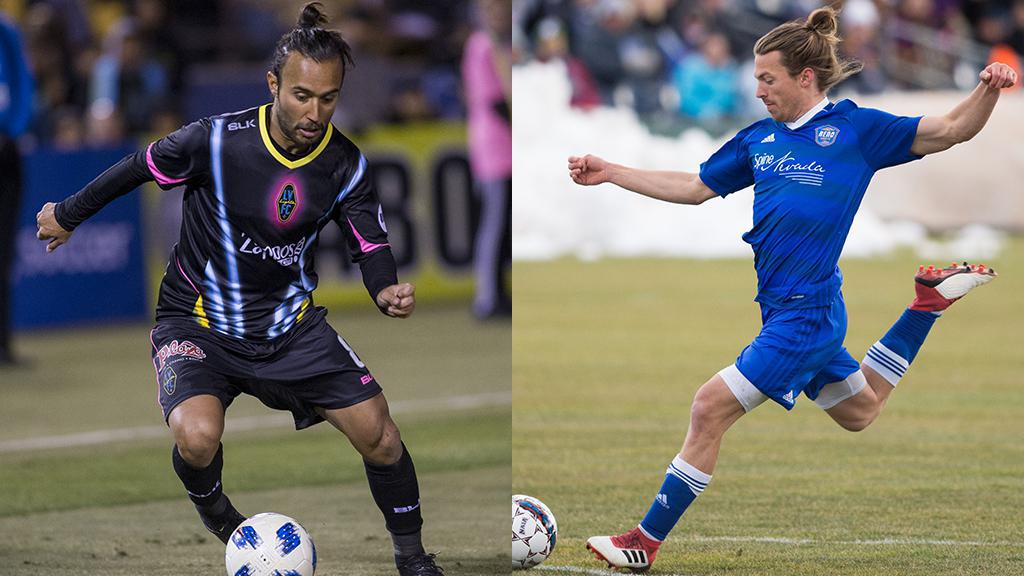 Las Vegas Lights FC and Reno 1868 FC introduced the Silver State Cup, presented by Toro Law and Toro Taxes, on Wednesday as the rivalry series received its official name ahead of Saturday night’s first meeting between the Nevada clubs at Cashman Field in downtown Las Vegas.

Fans from across Nevada, nicknamed the Silver State, voted for the name and trophy over the past two weeks at NevadaSoccerVote.com, with the Silver State Cup winning out over fellow finalists the Battle Born Cup, Copa Nevada and Casino Classico.

With both clubs eager to claim bragging rights in the rivalry’s first season, there was no shortage of friendly jabbing from both sides upon the announcement.

“For rivalries to work, you really need both teams to have a continual chance at winning, so our goal is to break their spirit early this season, and turn this into a one-sided competition quickly,” said Lights FC Owner & CEO Brett Lashbrook. “We plan to fully control the series for many years to come. We owe that to our fans.

“That mission starts this Saturday night when we sell out Cashman Field, and send Reno home with a winless record. We then can’t wait to have the Silver State Cup presented to us on the field following our win at Reno this fall.”

“We appreciate the folks down south weighing in on the name of the trophy which we’ll keep safe in Reno for many years to come,” added 1868 FC President Eric Edelstein. "As the founding USL club in Nevada, it’s fun to create ways to highlight our future successes against the neon kit-wearing club from Clark County.”

Kickoff for Saturday’s first meeting between the club’s is set for 8 p.m. PT, and can be followed live on the USL Match Center.