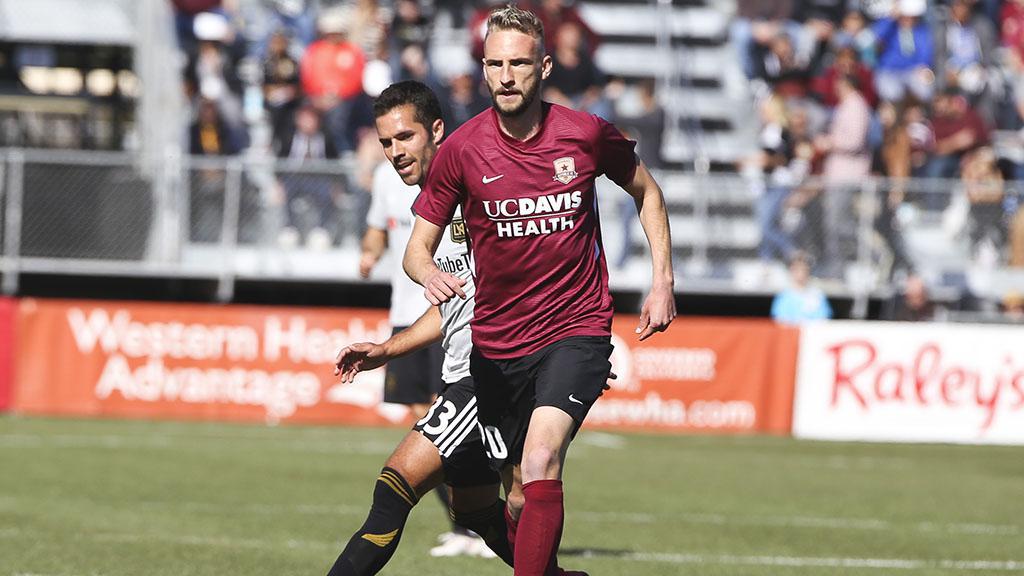 CINCINNATI – Goals either side of halftime by Cameron Iwasa and Villyan Bijev gave Sacramento Republic FC a 2-1 victory against FC Cincinnati at Nippert Stadium on Saturday evening in a preseason clash between two teams expected to content for their respective conference titles this season in the USL.

Republic FC dictated much of the possession in the opening 20 minutes and forced FCC goalkeeper Evan Newton into action early against his former club with a fine diving save after headed effort on a Sacramento corner in the fourth minute.

Cincinnati’s first good chance arrived nine minutes later when a free kick by Kenney Walker found Forrest Lasso, but the center back was unable to direct his header on target. Sacramento also went close from a set piece of its own in the 18th minute, but Iwasa was unable to put away a free kick delivered by Keven Alemán.

Iwasa produced the breakthrough in the 33rd minute to put Sacramento ahead, however, as the Republic FC forward knocked home the rebound from Alemán’s initial shot. The goal appeared to spark FCC, which was twice denied by Republic FC goalkeeper Josh Cohen before the halftime break on chances for Justin Hoyte and Dekel Keinan to keep the visitors ahead.

Cincinnati’s pressure continued into the second half, but Cohen twice closed down chances before they fully formed as he took care of through-balls intended for Tomi Ameobi and Jimmy McLaughlin. Then with 18 minutes to go Sacramento doubled its lead as Bijev drove home a low finish from the right side of the penalty area.

FCC pulled a goal back with six minutes to go when Keinan rose above the Sacramento defense to power home a corner kick by Daniel Haber, but while the hosts had some half-chances to find an equalizer in the closing minutes Sacramento shut the door to take a good road win back to the west coast.