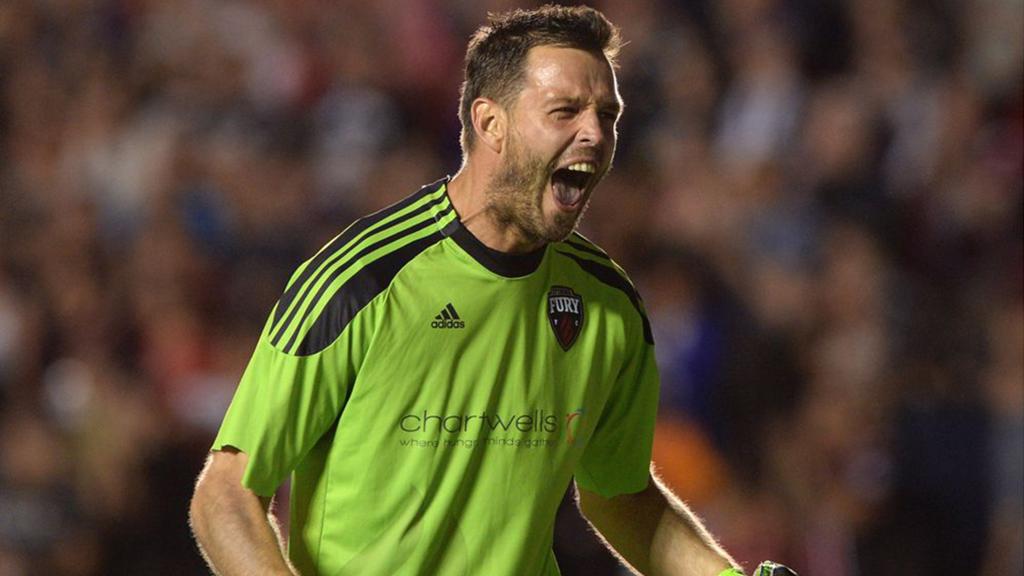 Peiser joins the club having made more than 100 appearances over the past four seasons in North America, where he previously competed for Ottawa Fury FC and the San Francisco Delta. Peiser claimed a league championship with the Deltas last fall as he recorded 12 shutouts over the regular season and two more in the postseason.

The 38-year-old has recorded a 1.09 goals-against average over the past four seasons. While with Fury FC he claimed the league’s Golden Glove in 2015 with a 0.76 GAA, and the following season helped Ottawa to both a Fall Championship and victory in the opening leg of Ottawa’s Canadian Championship semifinal against Vancouver Whitecaps FC.

The Phalsbourg, France native’s soccer career began in the Paris Saint-Germain youth system. He then played for the German side Bayer Leverkusen II and KFC Uerdingen. Following his seasons in Germany, he spent one year with Swiss club FC Vaduz before moving to Romania and playing for FC Rapid Bucharest (2003-04). Peiser also had stints in France and Portugal before he headed to North America, competing for Troyes AC, FC Guengnon, Naval, and Académica.

Bieker, a Cal State Fullerton alum, was brought on at the end of last season and has already seen extended time during the preseason, including in Saturday’s scrimmage with Colorado Springs Switchbacks FC. A former Bishop Manogue High School standout, Bieker is looking forward to continuing his professional path in his hometown.

“It's really special to me to be back playing at home in front of family and friends,” Bieker said. “After being away for four years playing in college I'm so excited to continue my career at home.”

Janjigian made his professional debut with Reno last season against Orange County SC, and last season also had the opportunity to link up with the club’s MLS partner, the San Jose Earthquakes, including in the Earthquakes’ friendly against Bundesliga club Eintracht Frankfurt.

“It feels great to be coming back and to be able to play and improve with many of the same players from last season,” Janjigian said. “Reno is definitely starting to feel like home. I can't wait for the season to start so we can show all of the hard work that we've been putting in.”

VERHOEVEN JOINS FOXES: Fresno FC welcomed former Vancouver Residency midfielder Noah Verhoeven on Monday, with the 18-year-old signing his first professional contract with the Foxes ahead of the new season.

Verhoeven made his USL debut late last season for Vancouver Whitecaps FC 2 as an Academy signing for the club, coming on as a substitute in a 1-1 draw against Real Monarchs SLC. He will join fellow Whitecaps FC products Matthew Baldisimo, Terran Campbell and Sean Melvin with the Foxes this season from Fresno’s MLS partner.

“Noah has got tremendous upside, and tremendous potential and I see him as a player that will be involved and will contribute even though he’s young,” said Fresno FC Head Coach Adam Smith. “He’s got a very professional head on his shoulders and we’re excited to see him continue his career here in Fresno.”

TFC II ADDS KÜBEL, HAMILTON: Toronto FC II has signed defender Tim Kübel and midfielder/forward Malyk Hamilton for the new season. Kübel will be added to the roster upon receipt of his International Transfer Certificate (ITC) and Canadian work permit.

Kübel was originally drafted 28th overall by Toronto FC in the 2018 MLS SuperDraft. Prior to being drafted, he spent all four seasons of his college career at the University of Louisville. With the Cardinals, he made 82 appearances, scoring 21 goals and adding 26 assists. This past season, Kübel was named a United Soccer Coaches (USC) First Team All-American. He also earned USC First Team All-South Region and All-Atlantic Coast Conference honours. The 24-year-old, born in Stuttgart, Germany, spent time in the youth systems of FC Schalke 04 and Borussia Dortmund.

Hamilton spent his youth career at the Academy of West Ham United of the English Premier League. The native of Calgary, Alberta joined the Hammers at the U12 level following a successful trial as a 10-year-old. Hamilton made 25 appearances in the U18 Premier League, scoring once. He also made a brief appearance in the Premier League 2 for the Hammers.

Hamilton has also represented Canada at both the U15 and U18 levels and was recently called in for a U18 series in El Salvador that saw him find the net in a draw with the host nation.