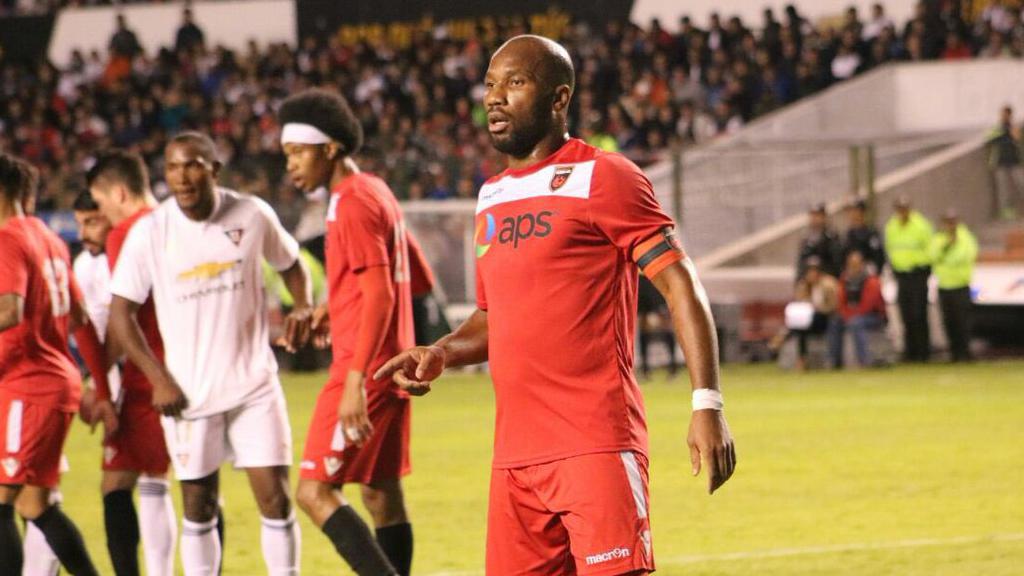 QUITO, Ecuador – Phoenix Rising FC rallied to earn a 2-2 draw against Ecuadorian side L.D.U Quito in an international exhibition on Wednesday night at Estadio Rodrigo Paz Delgado. The two sides would settle the match in penalty kicks with L.D.U. edging Rising FC 3-2 from the spot.

Quito took the lead in just the third minute as Gaston Rodriguez found the net for the hosts, and six minutes into the second half Juan Luis Anongano doubled their lead despite the efforts of Phoenix goalkeepers Carl Woszczynski and Zac Lubin to turn away the pressure applied. Both Rising FC goalkeepers turned in high-quality performances, making no less than six big saves between the two of them.

Those saves helped keep Rising FC in the game, and three minutes after Anongano’s finish, Didier Drogba hit back for the visitors. Off a free kick to the left side of the penalty area, Drogba fired on target and benefitted from a slight deflection off a defender to score his second goal of the 2018 preseason and help Rising FC pull within one goal.

Phoenix leveled the game with seven minutes to go as new signing Joe Farrell rose up at the top of the six-yard area to head home a powerful finish low past the goalkeeper from a corner kick to make it 2-2.

Rising FC took the early edge in the subsequent penalty shootout as Chris Cortez converted from the spot after Lubin saved Quito’s opening shot, but the hosts rallied, including a decisive save in the fifth round to earn a 3-2 shootout victory.