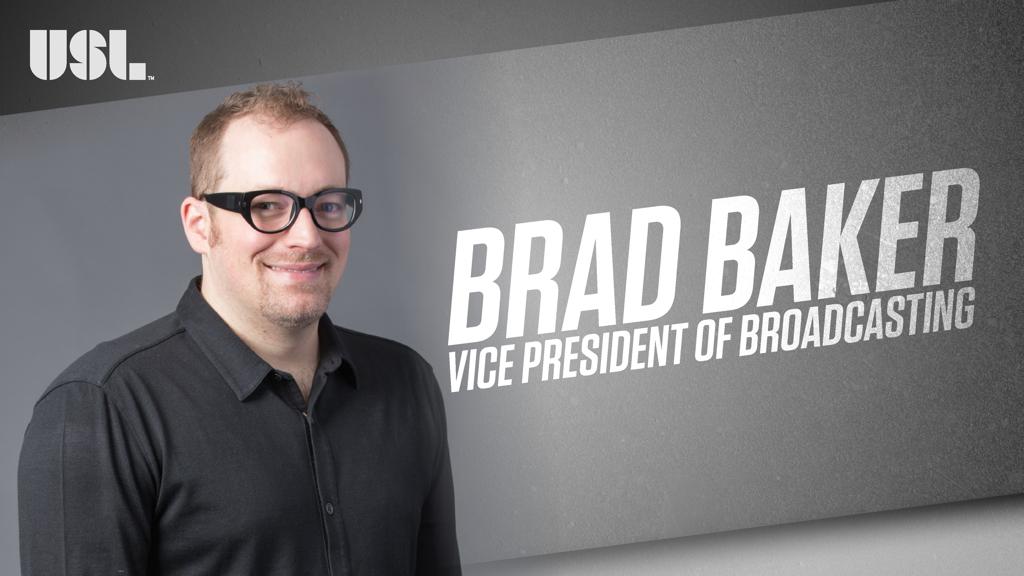 TAMPA, Fla. – The USL, one of the most prominent second division professional soccer leagues in the world, today announced veteran broadcast executive Brad Baker has joined the league as the Vice President of Broadcasting effective Feb. 13.

Baker will oversee USL Productions including the weekly broadcasts of league matches, broadcast partner negotiations and agreements, and the growth of the USL Television Network in collaboration with the league’s clubs. USL Productions, the league’s content and distribution arm, provides broadcast services for more than 500 matches and 1,000 hours of original content, expanding the league’s broadcast reach. The USL Television Network boasts 20 affiliates for the 2018 season, broadcasting hundreds of matches to more than 15 million households in MSAs with a population greater than 30 million.

“Brad brings a high level of broadcasting expertise to the league as we continue to provide our fans with first-class, professional content at home or on their mobile devices,” said USL President Jake Edwards. “We are thrilled to have an executive of his caliber at the league and look forward to his immediate contributions, building upon the successes we’ve experienced over the last two years.”

With more than a decade of broadcast and production experience, Baker is an Emmy Award-winning producer who started his career with the NFL. After stints with the Washington Redskins and IMG College, Baker joined Minnesota United FC in 2013, where he created and led the video department as the Senior Director of Video Production.

“I am excited to join the USL and contribute to its continued growth across North America,” said Baker. “The USL audience has expended significantly over the past few seasons, and by working closely with our broadcast partners and clubs, we will deliver the very best viewing experience by effectively conveying the on-field excitement and developing authentic, original content all season long.”