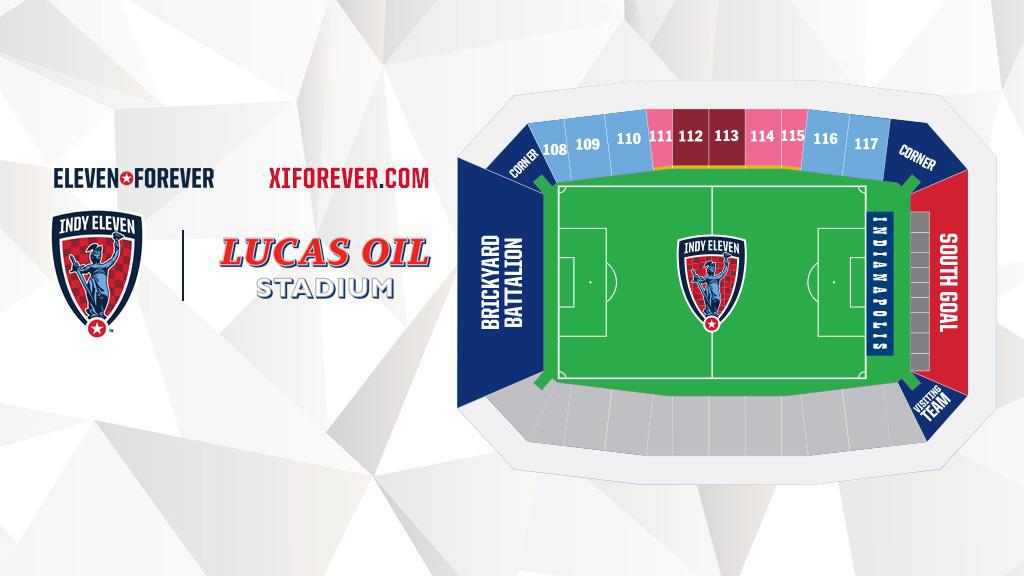 INDIANAPOLIS – New USL club Indy Eleven, the Capital Improvement Board of Managers, and the City of Indianapolis announced on Monday that Indy Eleven home matches will be scheduled at Lucas Oil Stadium for the 2018 season.

“From the Super Bowl to the Final Four, over the last decade our city has celebrated some of Indianapolis' biggest events at Lucas Oil Stadium,” said Indianapolis Mayor Joe Hogsett. “Now, with the Indy Eleven set to take the field next season, soccer fans will continue that tradition – cheering on our ‘Boys in Blue’ at one of our city's premier venues.”

Indy announced its move to the USL earlier this month as the club prepares for its fifth season in the professional ranks, which will be led by recently-appointed Head Coach Martin Rennie. The club’s partnership with the CIB is just another indication that professional soccer continues to have a strong foundation for future growth In Indiana.

“On behalf of Indy Eleven and our fans, I am deeply grateful to Mayor Hogsett, CIB president Melina Kennedy, and all those who worked together to make this announcement possible,” said Indy Eleven owner Ersal Ozdemir. “By relocating to Lucas Oil Stadium, we will be providing immediate upgrades to the amenities, services, and atmosphere for our fans who deserve the best possible environment to watch a professional soccer match.”

Since its inception in 2013, Indy Eleven has played its home games at Michael Carroll Stadium on the campus of IUPUI.  The possibility remains that some home games for the 2018 season will be held at the venue affectionately known as ‘The Mike’ this season due to potential scheduling conflicts at Lucas Oil Stadium.

“We feel strongly that joining a new league, and bringing a new head coach, along with player roster changes, demonstrates our commitment to fielding a high-quality club in a high-quality environment,” said Ozdemir.

Indy will host its first game at Lucas Oil Stadium on Saturday, March 31 when it welcomes regional rival FC Cincinnati for its inaugural USL home opener. A full schedule can be found at www.indyeleven.com, with the final game schedule to be set after the release of the Indianapolis Colts schedule by the National Football League, expected in April.