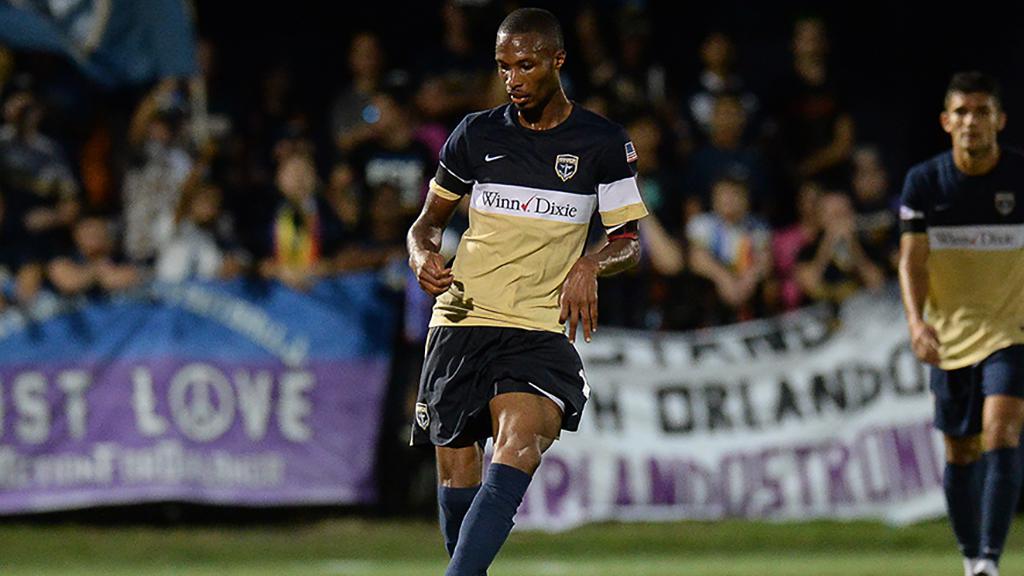 CHARLOTTE, N.C. — The Charlotte Independence announced on Monday the club had signed Trinidad and Tobago national team player Kevan George to the 2018 roster, bringing aboard the versatile veteran for the new USL season. The signing is pending league and federation approval.

“I was blessed to play on the national team and play against great competition,” said George. “Being at the international level, having that experience, maybe it'll make some guys feel more comfortable and the younger guys will look to me at times for guidance or direction and I will embrace that role.”

The Roxborough, Trinidad and Tobago native has appeared in 23 games for his national team since 2013, including featuring at the 2015 CONCACAF Gold Cup. George brings a veteran presence to the Independence midfield after logging playing time for Columbus Crew SC from 2012-15 and Jacksonville Armada FC over the past two seasons.

“There we are a lot of reasons to come to Charlotte,” said George. “Most importantly on the football side, I know there's a very good coach in Mike Jeffries.”

“Signing Kevan is huge for us,” said Independence Head Coach Mike Jeffries. “He provides a strong defensive anchor for our midfield as well as being a player we can build through. Our priority in the offseason has been the center of midfield and establishing a strong presence there, which Kevan allows us to do.”

A perfect match for Jeffries’ possession oriented, attacking style, the 27-year-old George ranked eighth in passes completed in the league last season. One of the most accurate passers for the Armada, George logged an 87.3 percent completion rate in 2017, which would have only been topped by Jun Marques-Davidson among Charlotte Independence starters last season.