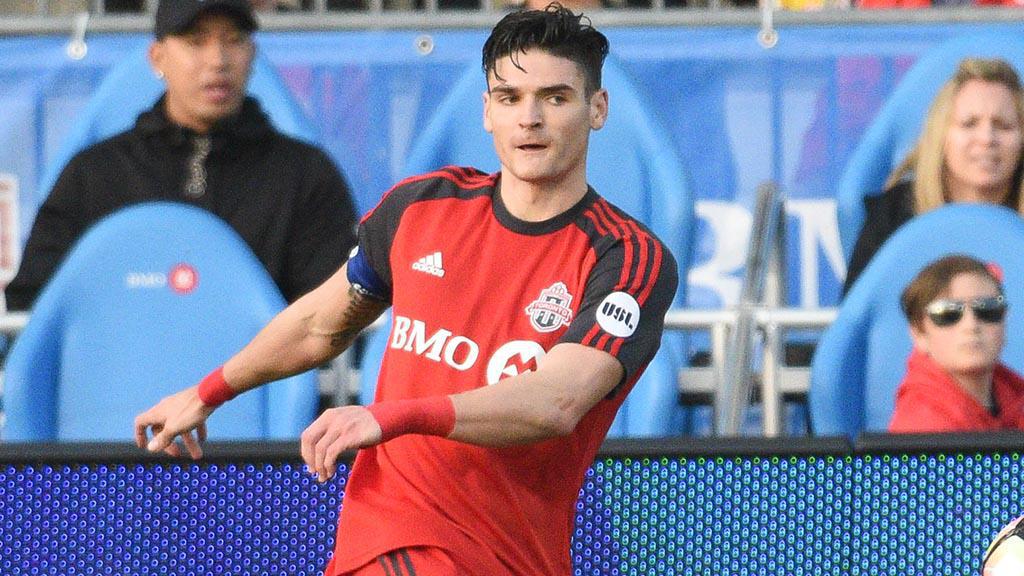 SACRAMENTO, Calif. – Sacramento Republic FC announced on Thursday it had signed defenders Cole Seiler and Mitchell Taintor for the 2018 season, with club options for the 2019 season, pending league and federation approval.

Taintor arrives after a two-year stint with Toronto FC II. The defender made 47 appearances, all starts, with the Canadian side, scoring three goals and adding an assist. Taintor was called up to Toronto’s MLS side roster for the Canadian Championship in May 2017, where he played the full 90 minutes in a semifinal clash with the USL’s Ottawa Fury FC.

Taintor had a strong collegiate career with Rutgers from 2012-15. The defender made 71 appearances for the Scarlet Knights, including 67 starts, scoring 13 goals and recording six assists. Taintor had a career-high five goals and five assists in his senior season in 2015.

FOUR RETURN TO PENN: Penn FC welcomed Tiago Calvano, Jake Bond, Sean Lewis and John Grosh back to the club for the 2018 USL season, pending league and federation approval, in the club’s first roster moves of the new year.

Calvano started in 24 of 26 games as he served as club captain last season, logging 2,210 minutes to place third on the team. He is joined on the back line by Bond, who will enter his third season in the league after having previously featured for Saint Louis FC in the 2016 season.

Lewis returns after a solid first season with the club, where he recorded six appearances and notched two shutouts as a back-up in the squad. Grosh, meanwhile, made 21 appearances in his rookie season and notched one assists and 22 key passes in almost 1,500 minutes of action.

ROUGHNECKS ADD ARCE TO ATTACK: Tulsa Roughnecks FC continued to build its roster for the 2018 season as attacker Fernando Gabriel Arce was announced as the club’s latest signing, pending league and federation approval. The 22-year-old will come to Tulsa after spending the early years of his brief career in Argentina.

“Fernando is a tall, left-footed player who is fast very strong on the ball with a tremendous shot from distance,” said Roughnecks Head Coach David Vaudreuil. “We expect him to be a threat to score and create chances for his teammates from all over the field with his unique blend of power, speed and technical ability.”

The young Argentinian began his professional career in January of 2016 when he signed with Independiente in his native country and was an effective goal scorer for the club’s reserve side. His play earned him a loan to Gimnasia Jujuy in the Argentine Second Division, where he appeared in 24 matches over the past two seasons.

Bolt played was an integral part of the Osprey’s defense between 2013-16, starting more than 50 matches and serving as team captain his senior year. The 5-foot-7 outside back earned several All-Conference and All-Region honors and led his team to the Atlantic Sun Conference regular season and tournament championships throughout his time at UNF.

“I’m really excited to become a part of this club,” said Bolt. “I’m grateful for the opportunity and can’t wait to get started.”

BYARS RETURNS TO OKC: Goalkeeper Bryan Byars is set for his second stint with OKC Energy FC after the club announced he had signed for the 2018 season, pending league and federation approval.

“Having Bryan Byars as a member of Energy FC is big for us in many areas,” said Energy FC Head Coach Steve Cooke. “He has immense talent, he has proven that he can play at our level and he has chosen to stay close to home and play with the local professional team. Bryan is an important part of our continued growth as we build our roster for 2018 and beyond.”

Byars made seven appearances a season ago for Black Gold Derby rival Tulsa Roughnecks FC, where he recorded one shutout and a 62.5 save percentage for the club. Byars previously played for Energy FC in 2015, and joins Matt Van Oekel in the club’s goalkeeping corps this season.