TAMPA, Fla. – The United Soccer League (USL), one of the most prominent Division II professional leagues in the world, today announced its 2018 regular season schedule as it prepares for the biggest season in its history. The regular season will span 31 weeks and 561 games as 33 teams compete for a place in the 2018 USL Cup Playoffs. The full schedule can be viewed online at USLSoccer.com.

“The 2018 USL season promises to bring unprecedented excitement and entertainment to soccer fans across the United States and Canada,” said USL President Jake Edwards. “As we welcome some outstanding new teams to our league, the competition throughout the year should keep fans on the edge of their seats as the quality the USL brings continues to rise. I’d also like to pay tribute to the work that has been done by the staff from both the league and its clubs, and for the patience that has been shown by our fans during this process as we start the countdown to the new season.” 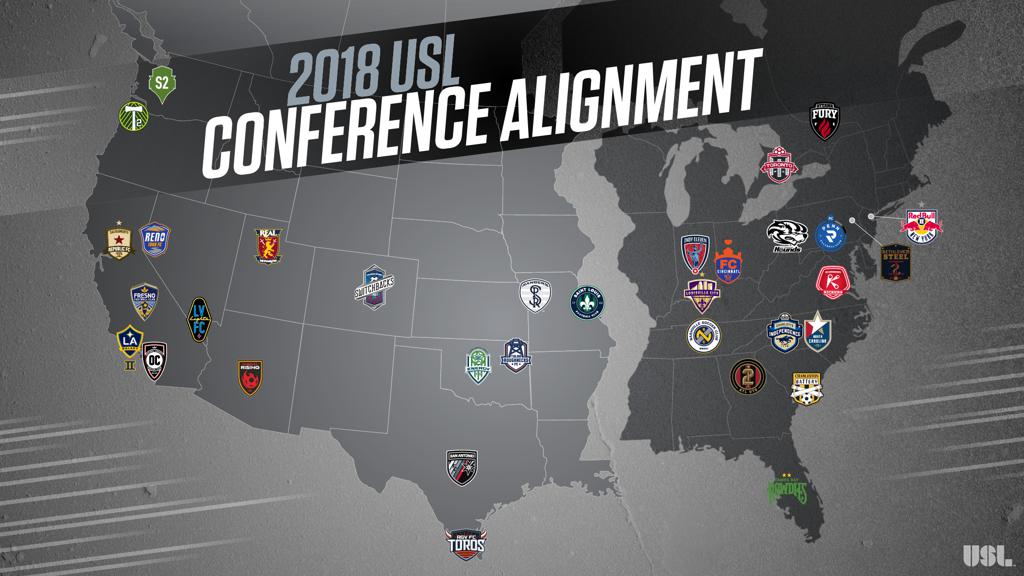 After the announcement of numerous rivalry matchups in the reveal of the league’s home openers a week ago, more rivalries new and old come into focus with the announcement of the full schedule. Among the new rivalries set to take shape this year, the first meeting between North Carolina FC and the Charlotte Independence is set for April 14 at the Sportsplex at Matthews, the same day that Indy Eleven and Nashville SC will meet for the first time in Indianapolis.

In the Western Conference, Fresno FC and Sacramento Republic FC will be one to watch at Chukchansi Park on June 13, the first of three meetings between the clubs in Fresno's inaugural season. Meanwhile, Reno 1868 FC will welcome new in-state rival Las Vegas Lights FC twice to Greater Nevada Field to wrap up the three-game series between the teams later in the season, with the Silver State rivals set to meet in northern Nevada on August 28 and September 22.

Among established rivalries, the River Cities Cup will be hosted twice by Nippert Stadium this season, with FC Cincinnati also welcoming defending USL Cup champion Louisville City FC on May 26 in addition to its April 7 home opener. Louisville’s Slugger Field will host the final game of the series on September 8.

Reno 1868 FC and Sacramento Republic FC will meet twice in the regular season, with Sacramento’s Papa Murphy’s Park set to host the opening meeting of the season on May 12, and Reno’s Greater Nevada Field hosting the series’ conclusion on August 26.

The season will then wrap up with a large crop of rivalry matchups on the final weekend of the season, including:

More details on broadcast and live streaming for the 2018 USL season will be announced in the coming weeks as the league begins the official buildup to the biggest season in league history. The 2018 USL regular schedule schedule is subject to change.