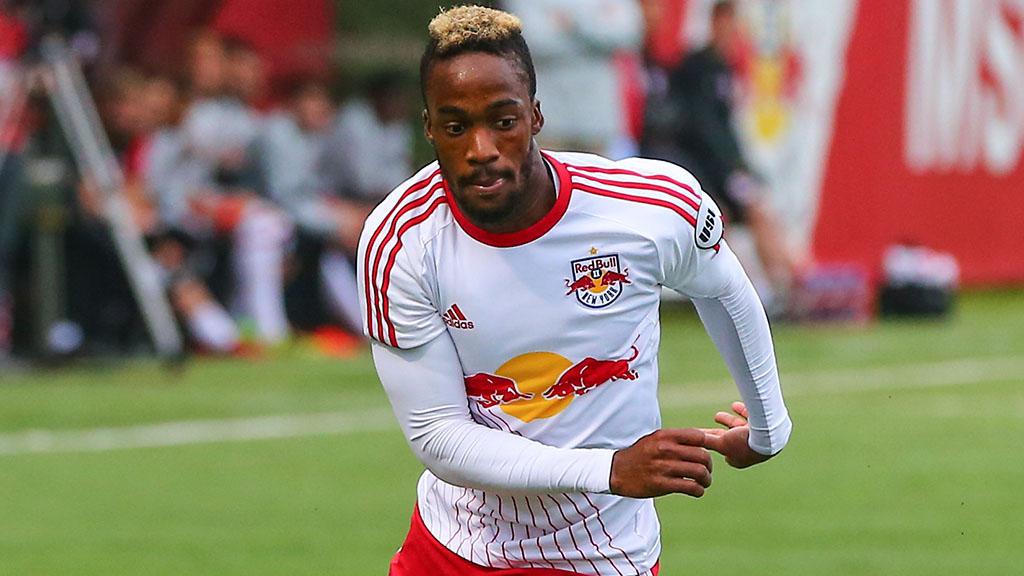 ST. PETERSBURG, Fla. – The Tampa Bay Rowdies made another major addition to their attack on Tuesday with the signing of Jamaican international Junior Flemmings ahead of the 2018 United Soccer League season. Per club policy, further contract details were not disclosed, and the signing is pending league and federation approval.

“I’m very happy to join the Rowdies family and I’m looking forward to meeting my new teammates and coaching staff,” said Flemmings. “I’m excited to play alongside players who I’ve admired and watched growing up like Joe Cole, Marcel Schäfer and Neill Collins.”

A former member of the New York Red Bulls II, the 22-year-old Flemmings scored 16 goals in 52 matches as he played a key role in the club’s success over the past two seasons. Flemmings was the No. 6 selection in the 2016 USL 20 Under 20 before a torn meniscus ended his season early, but he rebounded in outstanding fashion in 2017 to notch 10 goals and four assists in 32 appearances as the Red Bulls II reached the Eastern Conference Final of the USL Cup Playoffs.

“Junior is the kind of players fans love to watch,” Rowdies Head Coach Stuart Campbell said. “He’s lightning quick and very experienced for his age. You add him into a group of skilled wide attackers that includes Leo [Fernandes] and Alex [Morrell] already, plus Jochen Graf and Sebastian Guenzatti and we really like the attack we’re building.”

A native of Kingston, Jamaica, Flemmings broke into the senior national team last year, earning his first cap for the Reggae Boyz in June.

“After our semifinal game against New York Red Bulls II, we identified Junior as a deciding force in their victory,” said Rowdies Chairman & CEO Bill Edwards. “He scored two goals against the Rowdies during regular season, and later in the playoffs, played a big part in ending the season for the Rowdies, which I considered to be the championship team. At that point we decided we wanted him to be on our roster because he had the same hunger that the rest of our team did. Putting together the perfect team this year is the most important part of our plan. Don’t be confused, the Rowdies really mean business this year. Come on you Rowdies!”