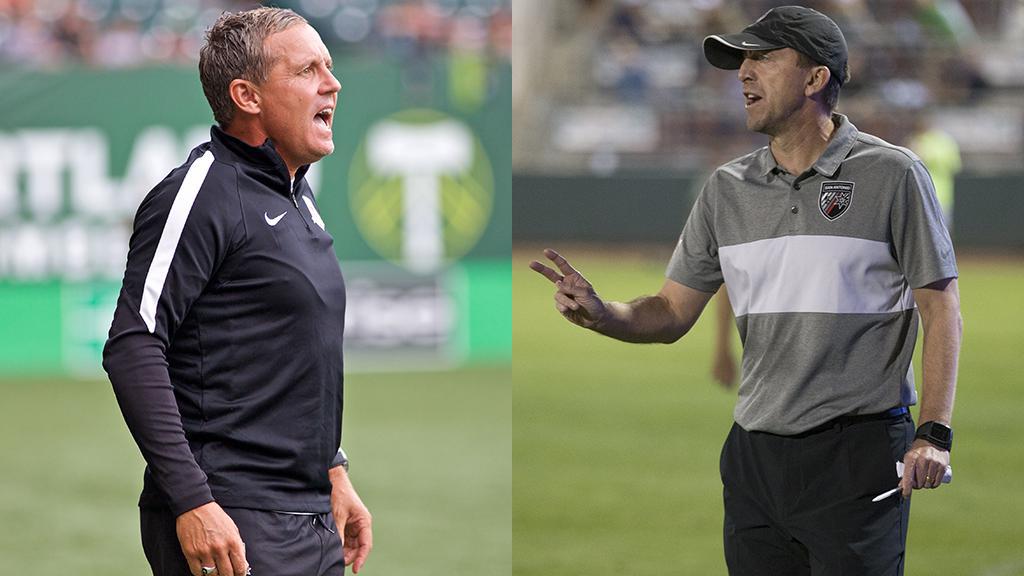 We caught up with both Buckle and Powell at the MLS Combine to talk about the 12-month process to earn the highest level of coaching certification in the United States, what they learned over the course of the experience, and what advice they would give to the next class of USL coaches who are set to take the course this year.

Q: Going in, what were the expectations that you had of what then next 12 months would be like this time last year?

Paul Buckle: For me, I was excited. I was genuinely looking forward to the course, I was thrilled to get on it, first and foremost, because I knew it was predominantly for MLS coaches, and I’m sure Darren would say the same, it was an honor to be accepted. Sacramento funding it for me was fantastic as well, so I was excited, that was the biggest thing for me. The last course I had done was the UEFA Pro which was back in 2010, so it was the first real course I had been on since then, so I was excited.

Darren Powell: Yeah, same as Paul. It was a wonderful opportunity to learn, and learn from different coaches from around the country. At the start of the year, going into it, I had just completed my Technical Director license, so having done that in the developmental phase and then learning how you work with pros was something I was looking forward to, and enjoyed every moment of it.

Q: From the outside, it seems the process is highly collaborative, and that there’s a sense of community within the group. What was it like within the group, especially with some of the coaches you had as classmates like Greg Vanney, Brian Schmetzer and Jill Ellis?

Paul Buckle: I’ve actually found on all of the courses I’ve been on you’re all in the same boat. It doesn’t matter what level you’re working on, you’re all in the same boat, and it does take you out of your comfort zone. I think everybody would agree with me there, you’re in a learning environment where everyone sees it differently, and the great thing about the course was the instructors, they always said ‘there’s not one way, it’s always your way, and this is about learning and adding to what you already have.’ Certainly, the guys that were on there, I’d only seen them on the TV, so to get alongside them, get to know them personally, and now coming to the Combine this time around, I actually know the majority of the people, where before I didn’t because most of my work was done in the U.K. It’s been fantastic, and I’d like to thank all of those coaches for making it such a welcoming experience for me.

Darren Powell: I agree with Paul, what grew over the course of the year as the course evolved was that there were a lot of different scenarios that were presented to us where they were all similar for each coach, so as a coach you learn that not everything is just happening in your environment, it may be happening in someone else’s environment as well. The collaboration, sharing those thoughts, sharing those ideas became pretty impactful for me personally and I’m sure Paul the same. It was impactful to hear the advice and how other coaches handled certain situations. I felt there was a lot of trust in the room, and that was very powerful. 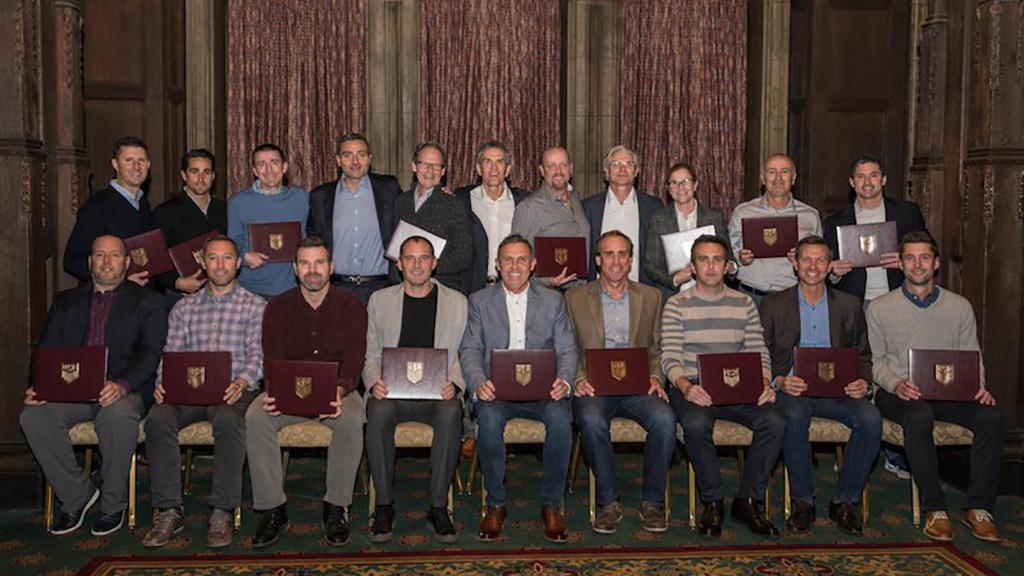 Q: What does it mean to have this level of coaching license available through the U.S. Soccer Federation? It really seems as though coaching education has really come to the forefront the last couple of years in terms of accelerating that and giving coaches the chance to expand their knowledge so you can take that back to your clubs not just on the professional sides, but the academy sides as well.

Darren Powell: I think over the last couple of years, U.S. Soccer has done a particularly good job of formalizing the pathway for coaches. I think previously in this country there wasn’t a formalized pathway for coaches, and now there’s a way you can go on the youth side, the professional side with the ‘A’ License and the way that’s split. The way they’ve formalized it and the way they’ve organized the courses, it’s not all about showing you one way to do something, in the classroom there’s a lot of collaboration that goes on, and then they look at how you can sharpen your tools and improve what you’re doing in the way you present information, do your training sessions and manage your team.

Paul Buckle: When I left the game as a player, I never expected to be just a coach, and I’m not saying there’s anything wrong with that, but my take is to learn the trade. It’s a completely different trade to being a player, so I set out early to be fully qualified, and I think probably every profession in the world you have to be fully qualified to deal with people in that specific subject. I’m huge on being qualified, and if you’re leading like Darren is in San Antonio or myself in Sacramento, it’s important to step forward and show the way. Sometimes there can be a fear factor with courses, as I said before they take you out of your comfort zone, so even the most experienced coaches can feel nervous, anxious. I think it’s a great thing, and I think that knowledge is everything because you’re dealing with younger players, older players, and if you can turn around and say, “I’m a ‘B’ License, ‘A’ License, Pro License,” I think it shows you’re willing, and then when you’re going for jobs with organizations, it’s huge.

I think the USSF bringing in the Pro License has been a massive thing. We’ve seen the growth on the field, this is massive growth, for me, off the field. When I heard about the Pro License, I was excited. I remember hearing it here at the combine with guys talking, and the club visit was something else. The club visit, coming into your environment, was excellent. The assessors were asking us to come into their environment, which usually was the classroom, but they were taking themselves out of their comfort zone and coming into our environment, and I thought it was great all around, and now it’s such a relief to be here with the Pro License in my pocket. 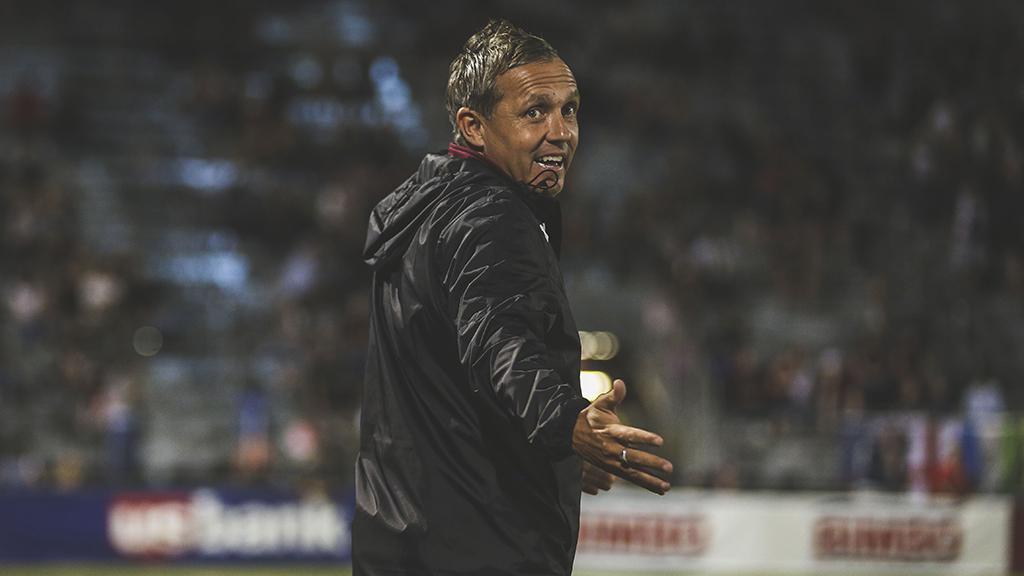 Q: There are a large number of USL coaches who are now following in your footsteps to get their Pro Licenses this year. If the was advice you would give them, what would it be?

Darren Powell: Be open-minded, listen and make sure you know you’re welcome to ask questions of people who have been down that path before.

Paul Buckle: I would say be well-prepared. It’s a serious, serious course. You’re going to get given nothing, and rightly so, but be yourself, because once you’re on it you can start to become yourself. Sometimes you can go into it and try to be something different, because it’s different to what you normally do, so I would say be prepared, and be yourself.

Darren Powell: I’ll add to mine, too, be prepared to get comfortable being uncomfortable. 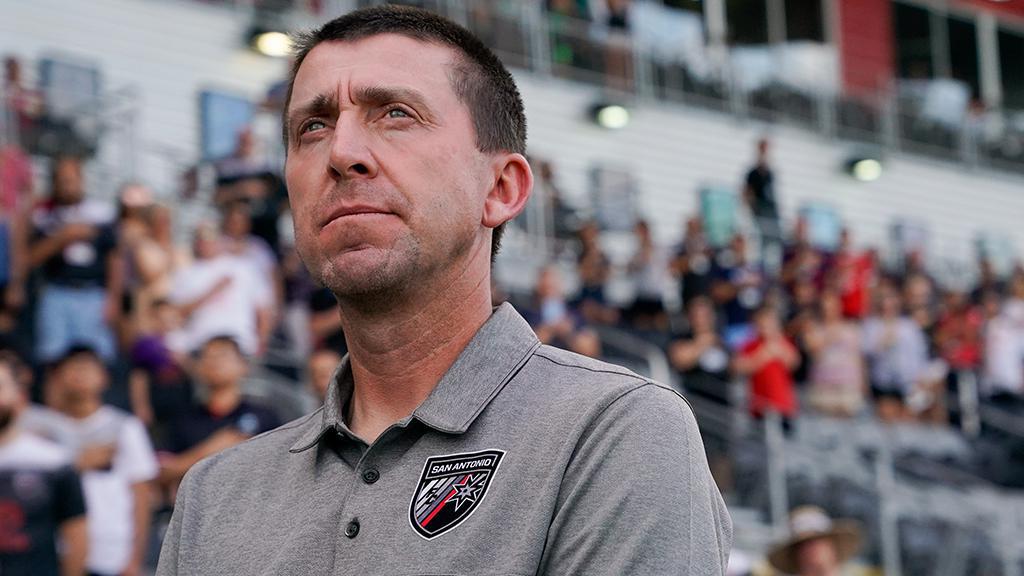 Q: What’s the biggest thing you learned about yourself over the course of the 12 months?

Paul Buckle: That I’m vulnerable to an environment that takes me out of my comfort zone. In your working environment, and I’ve been in dressing rooms as a player and a coach, you know it. You know it inside-out, and you’ve got your way and your trust your way. When you get in front of your peers, you question yourself. Am I doing it right, am I good enough? Of course you do, but I think that’s a good thing. If you’re nervous it means you care, and I think that these were all the things I wanted out of the course. You think you know so much, and when we did the tactical sessions, you get to see how [North Carolina FC Head Coach Colin] Clarkey does it, how [Seattle Sounders FC Head Coach Bryan] Schmetzer does it, and everyone does it different. None of us are doing it exactly the same way, and that’s the beautiful thing about football.

Darren Powell: I would agree with Paul, you’re OK to be vulnerable, when you’re in that room you have to be yourself. There’s no one way of coaching, there’s all different ways of coaching. It’s believing in yourself, believing in your methodology, but always trying to sharpen your tools and get better at what you’re doing.