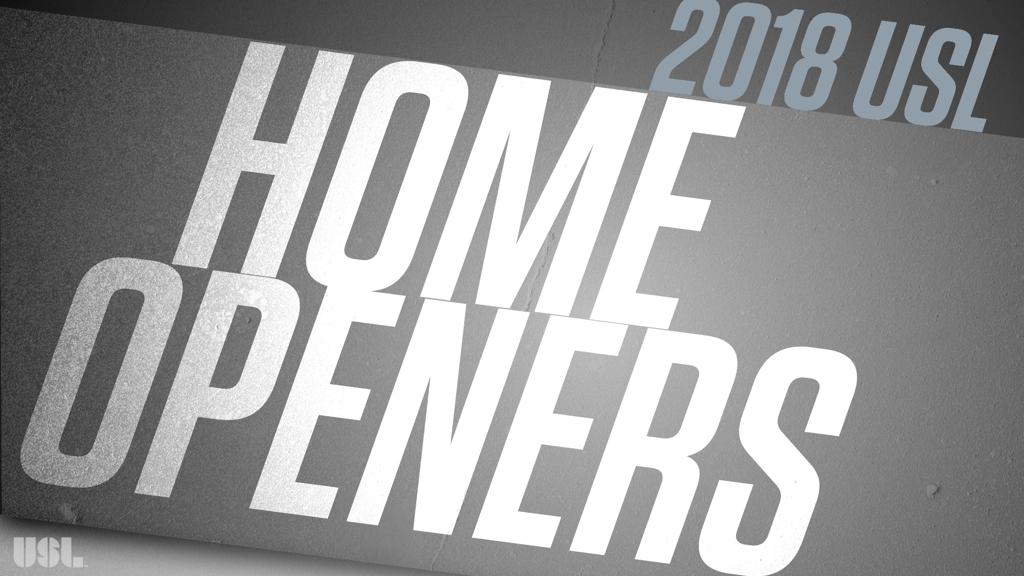 TAMPA, Fla. – The United Soccer League today announced the home openers for the 2018 USL regular season, with the league’s 33 clubs set to embark on a 31-week regular-season schedule that will open with a 14-game slate of contests the weekend of March 16-18.

Louisville City FC, 2017 USL Cup Champion, will open the season on home turf as it welcomes expansion side Nashville SC on March 17 in one of the opening weekend’s must-see contests. Two other expansion clubs will also face off that same night as Fresno FC faces Las Vegas Lights FC at Chukchansi Park in the inaugural regular-season contest for both clubs.

One of the Western Conference’s major rivalries will also be at the fore on the opening weekend of the regular season, with the Black Gold Derby between OKC Energy FC and Tulsa Roughnecks FC set to resume at OKC’s Taft Stadium on Saturday night. Also in the Western Conference, two of the league’s marquee clubs will square off, as Sacramento Republic FC plays host to San Antonio FC at Papa Murphy’s Park, while Orange County SC will welcome Phoenix Rising FC to Champions Soccer Stadium for another intriguing clash to open the regular season.

In the Eastern Conference a pair of familiar foes will meet at Sahlen’s Stadium at WakeMed Soccer Park as North Carolina FC makes its USL debut against the Tampa Bay Rowdies, and for a third successive year the Charleston Battery will host FC Cincinnati at MUSC Health Stadium on the opening Saturday of the season.

Other notable home openers include the first meeting between Nevada rivals Las Vegas Lights FC and Reno 1868 FC, which will be hosted at Las Vegas’ Cashman Field on Saturday, March 24, the same night that Nashville SC will host its inaugural home opener against the Pittsburgh Riverhounds. One week later, defending USL Regular Season Champion Real Monarchs SLC will open its new state-of-the-art home at Zions Bank Stadium when the Portland Timbers 2 visit on Saturday, March 31.

Meanwhile, FC Cincinnati will be part of two home openers that are sure to be memorable occasions, with the side visiting USL newcomer Indy Eleven for Indy’s inaugural home opener in the league on Saturday, March 31 before playing host to River Cities Cup rival Louisville City FC for its home opener at Nippert Stadium on Saturday, April 7.

The full 2018 USL regular season schedule will be released next week, with the 561-game slate to conclude on the weekend of October 12-14. 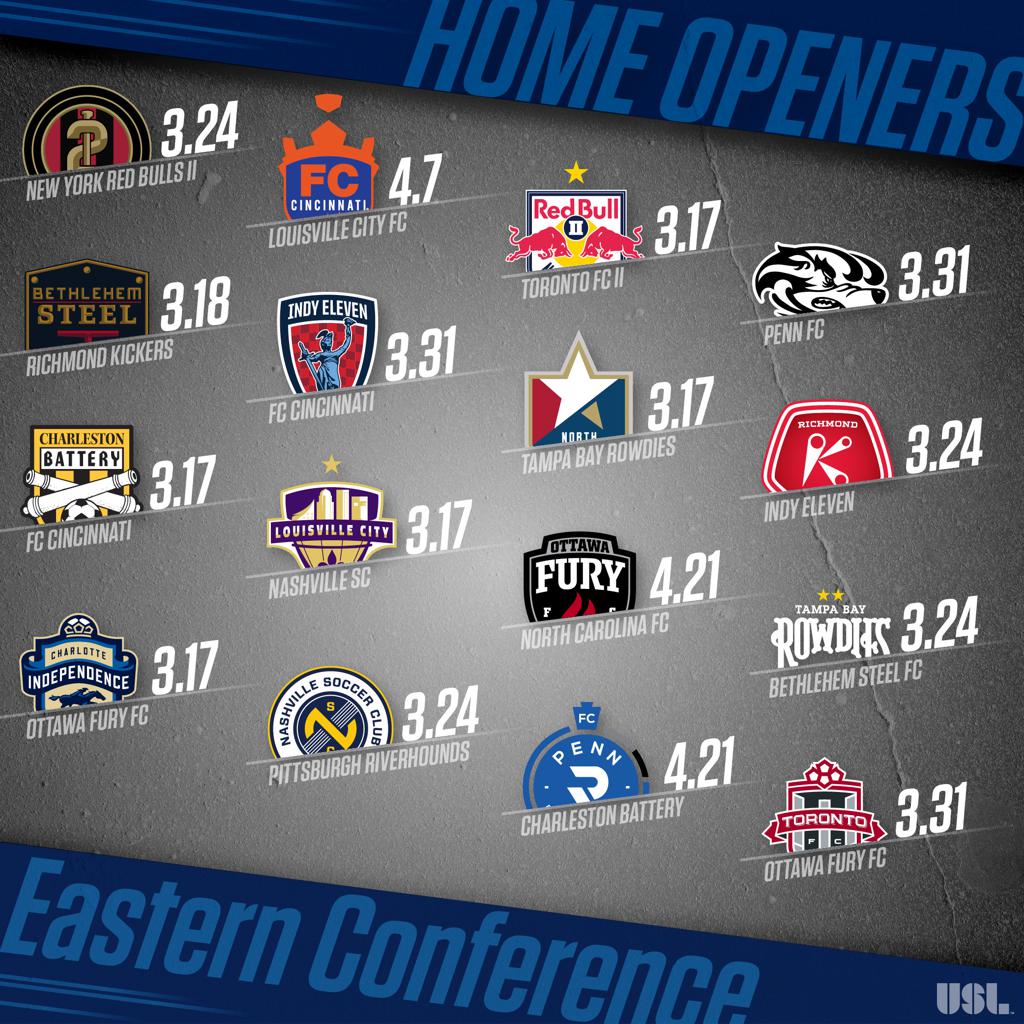 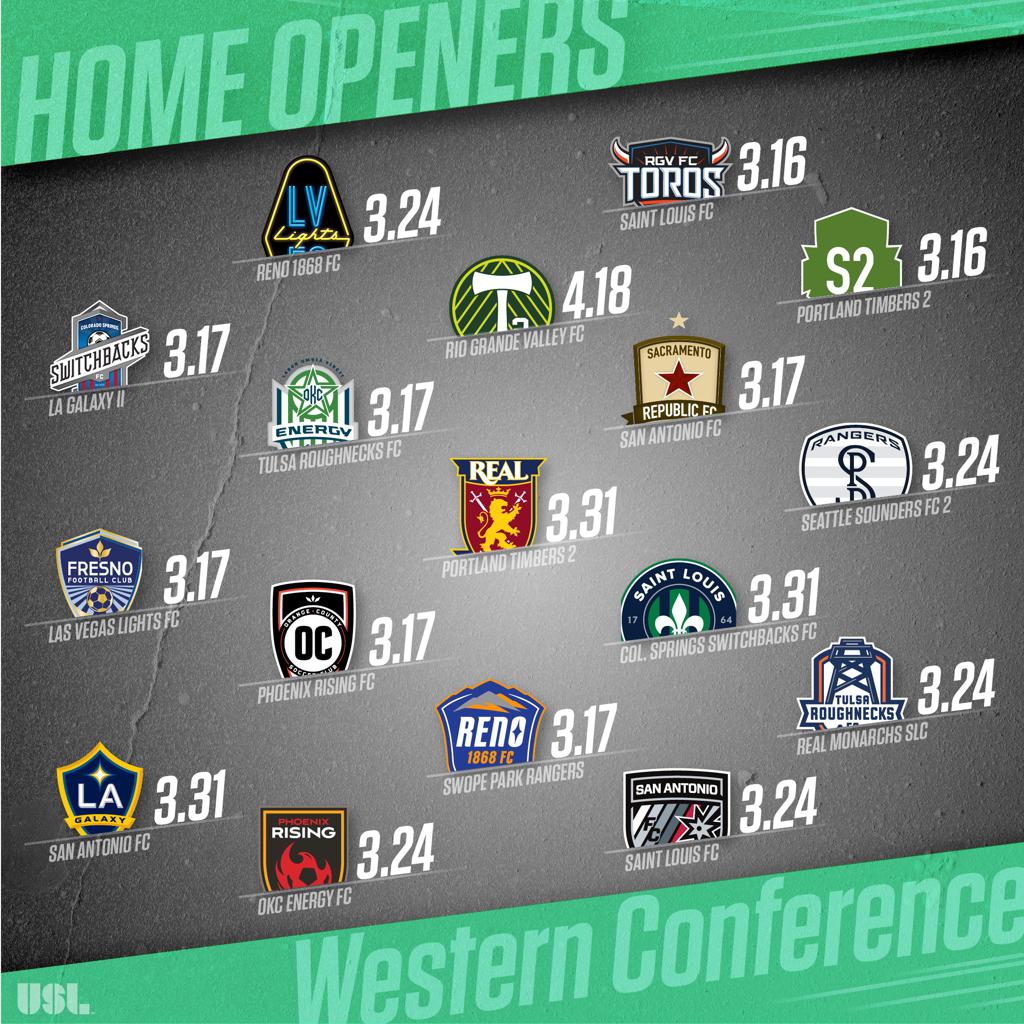