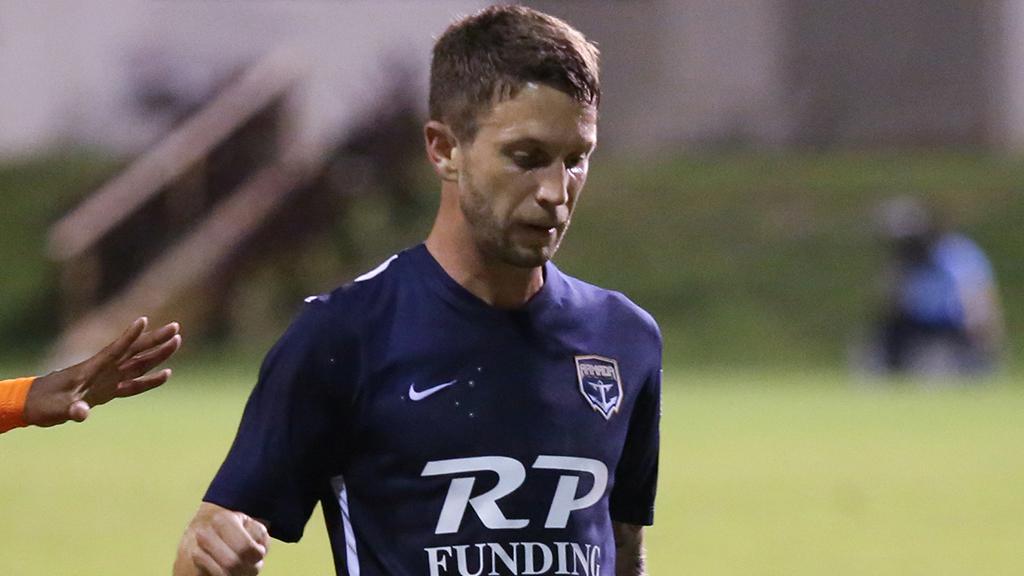 RICHMOND, Va. – The Richmond Kickers made a second major addition to their front line on Thursday with the signing of forward Brian Shriver for the 2018 USL season. The signing is pending league and federation approval.

A former league Golden Boot-winner and Best XI honoree, Shriver joins the Kickers after making 11 appearances for Jacksonville Armada FC following a midseason trade in 2017 from North Carolina FC. Previously, the prolific goal-scorer spent three seasons with NCFC (2012-2013, 2016), while also featuring for the Tampa Bay Rowdies for a pair of seasons in 2014-15.

A collegiate standout at the University of North Carolina, Shriver has scored 53 goals in more than 200 professional appearances over his career, while also notching 15 assists. Selected by FC Dallas in the 2009 MLS SuperDraft, Shriver began his professional career with the Fort Lauderdale Strikers, where he tallied 10 goals in 49 appearances over three seasons.

Shriver joins former Charleston Battery striker Heviel Cordoves as a new addition to the Kickers’ attack for the new season as the historic club looks to rebound from missing out on a place in the USL Cup Playoffs for the first time in the league’s modern era.

ROWDIES NAB NAJEM: The Tampa Bay Rowdies announced they had signed defender David Najem on Thursday, adding to the club’s recent additions to its back line. Per club policy, further contract details were not disclosed. The signing is pending league and federation approval.

"I’m really excited to be a part of the Tampa Bay Rowdies with its rich soccer history and tradition," said Najem. "The club has been so competitive and successful year in and year out. I am really looking forward to this new challenge in my career and working with my new teammates and staff."

The 25-year-old Najem has made 52 appearances over the past two seasons for the New York Red Bulls II, where he helped the club claim the 2016 USL Cup and reach the Eastern Conference Final of the 2017 USL Cup Playoffs. Najem had previously played for a pair of seasons with FC Eintracht Bamberg in the German lower divisions after his collegiate career at Columbia University.

A former standout at Trinity High School, where he earned All-America honors as a senior and was named the Kentucky Gatorade Player of the Year, Hubbard has trained under the direction of Louisville goalkeeper coach Thabane Sutu since first crossing paths nearly a decade ago.

“To sign for my hometown club is awesome, especially because I’ve trained with everyone there the past few summers,” said Hubbard. “I never would have thought that – when Thabane [Sutu] was training me as a 12-year-old – that I’d be at this point and now it’s a dream come true. He’s like a second father to me. To be able to work with him again at this level is incredible. I get to essentially train with one of my best friends.”

In his final season for the Irish, Hubbard guided Notre Dame to the Second Round of the NCAA Tournament, racking up 52 saves over the season and recording a 0.97 goals-against average. A starter over the past three seasons for Notre Dame, Hubbard tallied 174 saves across 60 appearances.