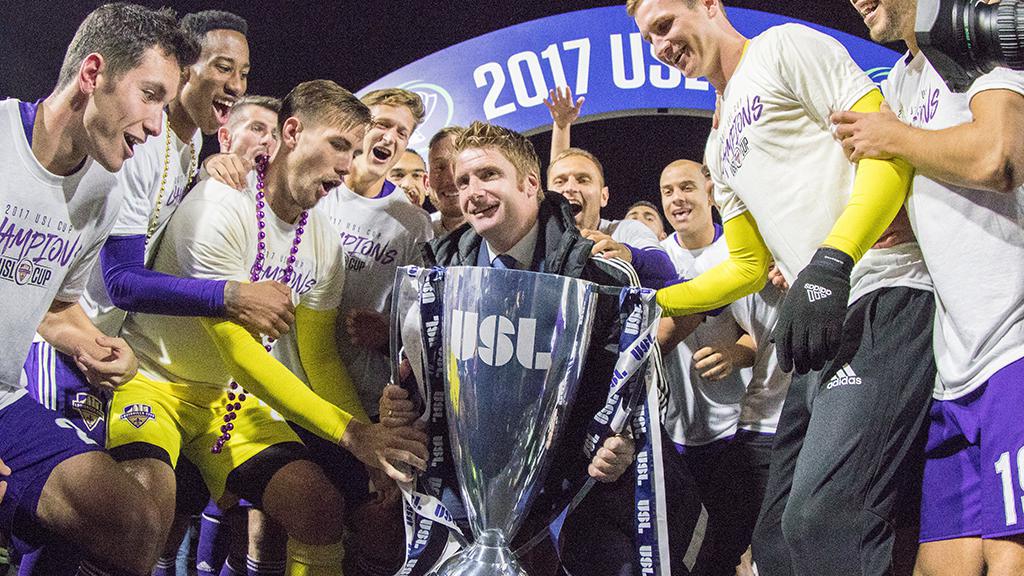 LOUISVILLE – The USL Cup defense for Louisville City FC is set to feature a large contingent of familiar faces in 2018 after the club announced it had retained 16 players from this season’s squad on Friday to open its offseason roster moves.

Ten of the 11 starters in the 2017 USL Cup victory against the Swope Park Rangers are set to return, including USL Cup MVP Paolo DelPiccolo and the likes of attacking standouts Brian Ownby, Luke Spencer and game-winning goal-scorer Cameron Lancaster.

The club announced it had declined options on two players, defender Sean Reynolds and goalkeeper Micah Bledsoe. Two others, defender Tarek Morad and midfielder Guy Abend, are also out of contract.

“I’d like to thank Sean Reynolds for his massive contribution over the last three years. He is a tremendous young man and we wish him the very best for the future,” said Louisville Head Coach James O’Connor. “Micah Bledsoe has also worked really hard throughout the year and we thank him for his contribution and hard work. Tarek & Guy are out of contract so we will just have to see how that develops.”