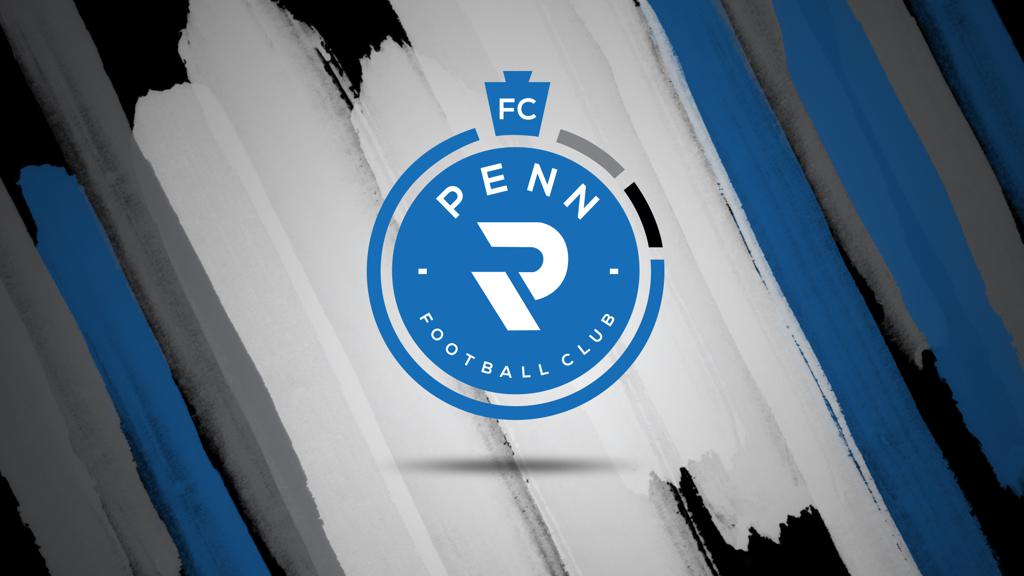 HARRISBURG, Pa. — Soccer in the capital of Pennsylvania entered a new era on Tuesday when Penn FC was unveiled as the new brand for Harrisburg’s USL organization.

Formerly the Harrisburg City Islanders, Penn FC will kick off the 2018 season in the USL’s Eastern Conference, heralding the beginning of a bright future for the historic club.

The club’s logo, developed by a team of experts from the worlds of international soccer and professional athletic apparel, puts The Keystone State at the heart of the new brand:

“We wanted to create a logo that would really represent Central Pennsylvania and the growth of soccer in the region,” said majority owner, George Altirs. “When creating the branding for Penn FC, we had three goals in mind — make it memorable, make it market relevant, make it timeless. So, we focused on creating a logo that would honor the great state of Pennsylvania and communicate a unique, forward-thinking identity on par with the evolution of professional soccer in the United States.”

The final design features the keystone at the very top of the Penn FC logo, which overall adopts a sleek, modern aesthetic in line with the ever-evolving look and feel of the USL. The circular shape is representative of the club’s global reach and the missing sections around the perimeter symbolizing opportunities for growth— a key part of the longterm plans to develop Penn FC and its academy system into a global soccer powerhouse. In soccer terminology, the academy system is a youth investment program with the ultimate goal of coaching and developing young athletes into professionals within the same system.

“This is a great time to be a soccer fan in Pennsylvania,” said USL President Jake Edwards. “There is a lot of fantastic soccer history in Harrisburg, and the fans across the region have proven to be some of the most dedicated in the USL. Penn FC will build on the historic legacy of the City Islanders.”

Altirs, local owner Eric Pettis, and Rush Soccer — an international soccer organization comprised of 85 clubs in the U.S. and abroad — are a particularly exciting part of the new USL brand. Focused on player and product development, this group will elevate the level of professional soccer in the region and give Penn FC a unique position within the sport, putting the professional team at the top of the largest academy system in the world.

Led by Chairman Jérôme de Bontin, who previously served as Director of Ligue 1’s AS Monaco and General Manager at Major League Soccer’s New York Red Bulls, Rush Soccer has provided a major platform for players across the United States and overseas who will now have the potential to become Penn FC players of the future.

“It is difficult to imagine a professional soccer team without an academy — the academy is often referred to as the soul of the organization,” said de Bontin. “Rush Soccer has 40,000 members across the world, and by instilling their faith in us, Penn FC will have one of the largest networks in international soccer to scout from and hopefully develop into world class players for the professional team. Our President Tim Schulz and I have been pursuing a professional team for some time now, and have found it in Penn FC and George Altirs’ organization.”

“There is so much great sports history in Harrisburg, and we want to continue that tradition with Penn FC,” said Pettis. “This is an exceptional new chapter for professional soccer in this region and we can’t wait to let the fans know more about the club."

FNB Field in Harrisburg will remain the team’s home pitch, kicking off the 2018 season in March.

Penn FC plans to release more information about the new club in the coming months, including a kit reveal and website launch in early 2018.