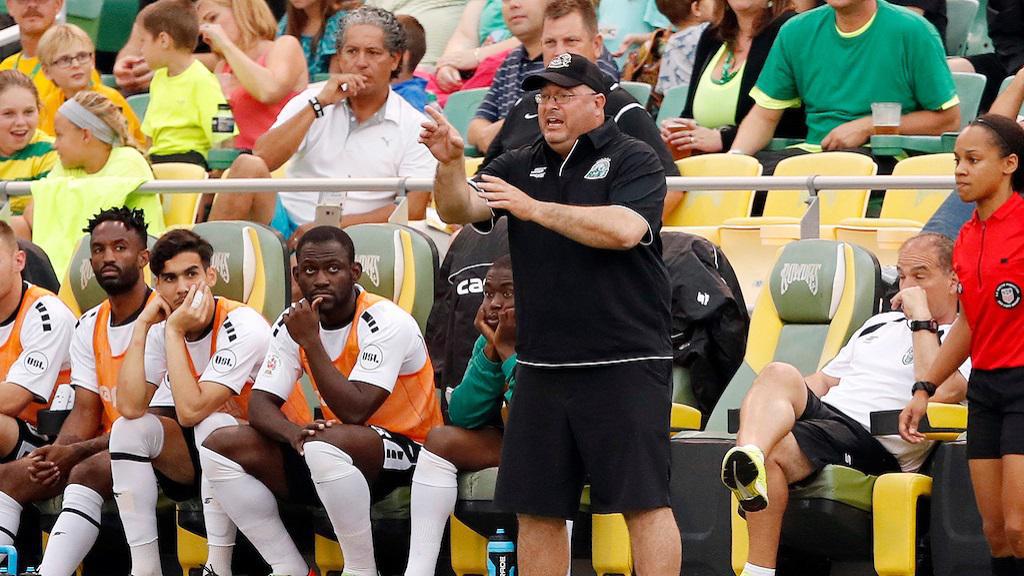 PITTSBURGH – Change is afoot in the Steel City as the Pittsburgh Riverhounds announced Bob Lilley as their new Head Coach as the build-up for 2018 begins in earnest. Lilley becomes the 10th Head Coach in the Riverhounds history after working with the Rochester Rhinos since 2014.

Speaking at a press conference at Highmark Stadium, the new Head Coach made sure to pay tribute to the man he is replacing, Dave Brandt, who left the club by mutual consent.

“We want to thank Dave Bandt for all he’s done," said Lilley. "I respect Dave a lot. I feel fortunate – it’s a tricky situation for him. Dave Brandt has brought some good players in here, and I know the team is in a good situation moving forward. There will be some changes, but he’s left me in a pretty good situation here to carry on with what he has built."

Lilley has had two coaching stints with the Rhinos, first in 2010-11 and the second since 2014, winning USL Coach of the Year in 2015. In his two stints with the Rhinos, Lilley led the team to an 87-37-53 record, a strong record which has made the Rhinos a force in the USL Cup Playoffs every year since 2014. The club has never missed the USL Cup Playoffs in his tenure, something he seeks to bring to Pittsburgh.

“We want to build a consistent winner here," said Lilley. "That’s in the playoffs every year, and ultimately, win a championship. With the history of sports in this city, I’m excited to be here and part of this project and to be working with the staff. I know they’re good at what they do. It’s a great opportunity for my career.”

It is that desire – to build a winning team – which pushed Riverhounds owner Tuffy Shallenberger to make the appointment. Describing Lilley as a natural choice, the Riverhounds will look to build on his experience to make a successful team.

“Moving forward, we must continue to operate at the highest professional standards at all levels and do feel very fortunate to welcome Bob Lilley to the Riverhounds team,” said Shallenberger. “His level of success within the USL is one that goes without saying and something we have had to endure plenty of times both here in Pittsburgh and on the road.”

The pressure will be high for Lilley to produce a strong team, but it is that pressure which convinced Lilley to make the move.

“I like it, and there’s going to be high expectations," said Lilley. "There’s been good players here in the past. Sometimes, there’s little things that get you over the edge. We just have to marshal our resources to get where we want to go as a club. Pittsburgh had to make the decision about if we were going to step up and move forward, and Tuffy [Shallenberger] has given us the framework to do that. It all has to work together. Successful franchises are able to get it done in many areas. It will take a lot more than me.”

As the offseason gets started, the Riverhounds have placed Lilley in charge with time to build the squad ahead of the 2018 season, when they will seek to make the USL Cup Playoffs for the first time since 2015.