Public-private partnership would potentially bring USL to city for 2019 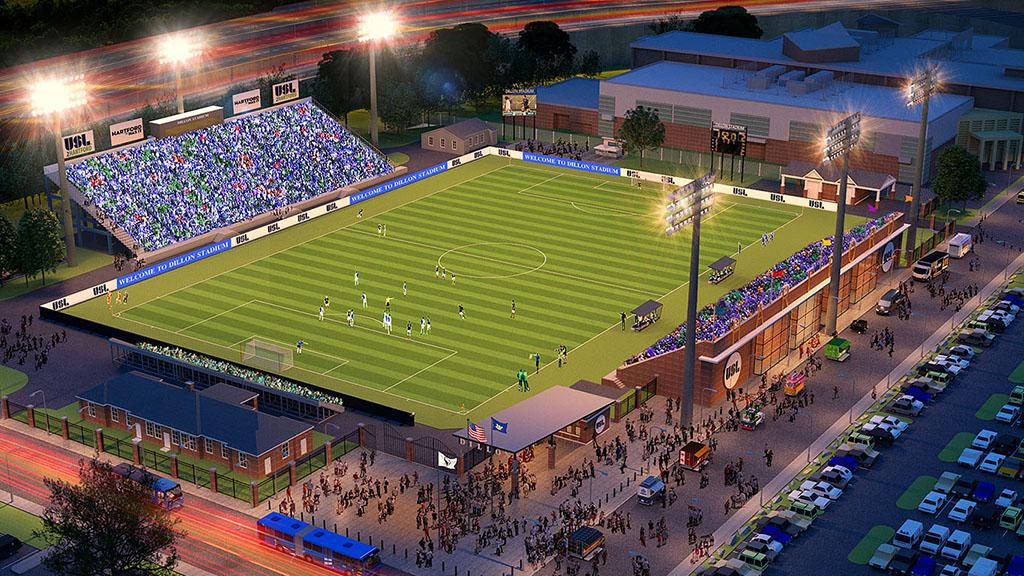 HARTFORD, Conn. – Members of the Hartford Sports Group (HSG) gave a public presentation to the Capital Region Development Authority Venue Committee on Wednesday evening outlining their proposal to renovate the city’s historic Dillon Stadium with the goal of placing a new professional soccer club at the venue for the 2019 USL season.

Bruce Mandell, Joe Calafiore and Scott Schooley all spoke on behalf of HSG, which has proposed a public-private partnership that would bring millions of dollars of investment to downtown Hartford, helping to generate significant economic development and further accelerate the city’s current transformation.

“Hartford Sports Group believes in soccer and believes in Hartford,” Mandell said. “We have worked for over two years to put together a proposal that we think will make the Dillon Stadium project a great success for our community and are committed to amplifying Hartford’s transformation with a redevelopment project that inspires civic pride, contributes to our city, and makes Hartford a rewarding place to live, work, and play.” 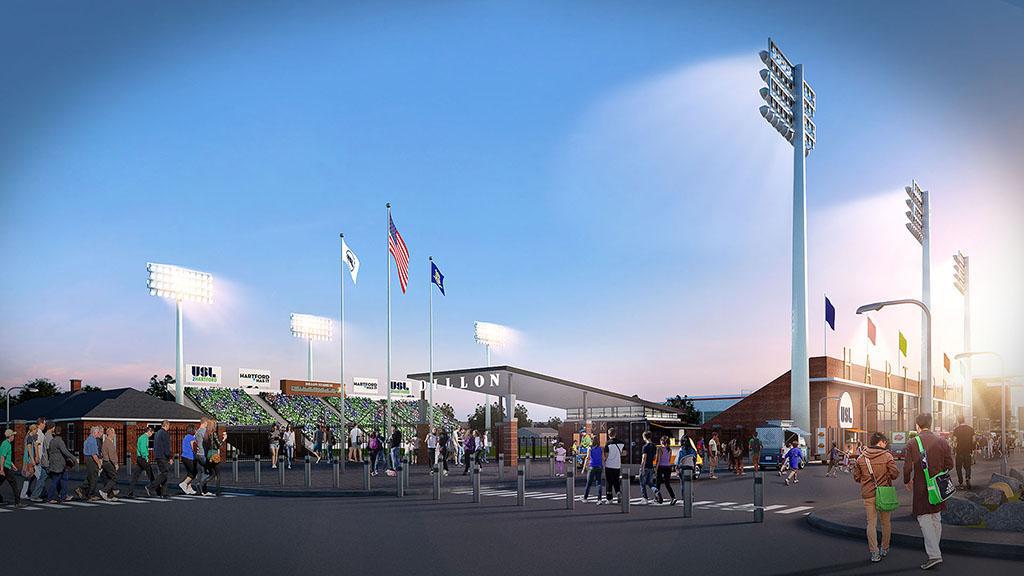 The USL has had a record-setting 2017 season both on and off the field, with the league becoming the first Division II league in U.S. Soccer history to surpass two million in total attendance. The league’s growth is set to continue into next year, with Fresno FC, Las Vegas Lights FC, and Nashville SC set to add to the league’s world-class ownership groups.

Should its proposal be successful, Hartford could potentially join new USL clubs based in Austin, Texas and Birmingham, Alabama, both of which are set to begin play in the 2019 season.