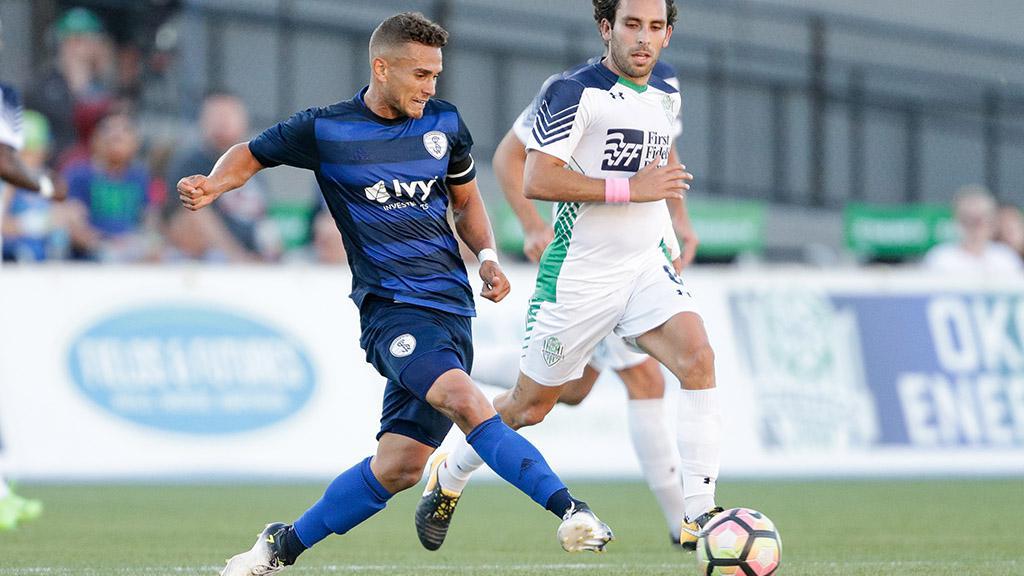 KANSAS CITY, Mo. – For the second straight year the Swope Park Rangers will play host to the USL Western Conference Final, but this year's path has seen a significant change in style from the Rangers. Looking for a more attacking sensibility in the 2017 season, the shift has proved successful, continuing the Rangers' success from their inaugural year.

“Last year we kind of played a different style, so this year coming into preseason, one of our main focuses was to be more possession based,” said Rangers midfielder and captain Christian Duke. “I think that the midfield has been our foundation in terms of what we want to do and having an understanding of what we need to do. Last year we were more defensive and this year we want to keep the ball.”

The plan to keep possession has certainly been successful. The Rangers dominated the USL's possession and passing statistics this season, holding 58.6 percent of the ball through the regular season while also logging a league-high 13,778 completed passes. Starving opponents of possession has been a big part of the success, with a midfield triangle of Duke, James Musa, and Felipe Hernandez key to holding possession and frustrating opponents.

“From day one, the first day of preseason we started with a drill where the midfield works together, combining and making triangles, and always being available," said Duke. "From the front three to the back four, just having that connecting piece, and having that chemistry from day one of preseason has really helped us.” 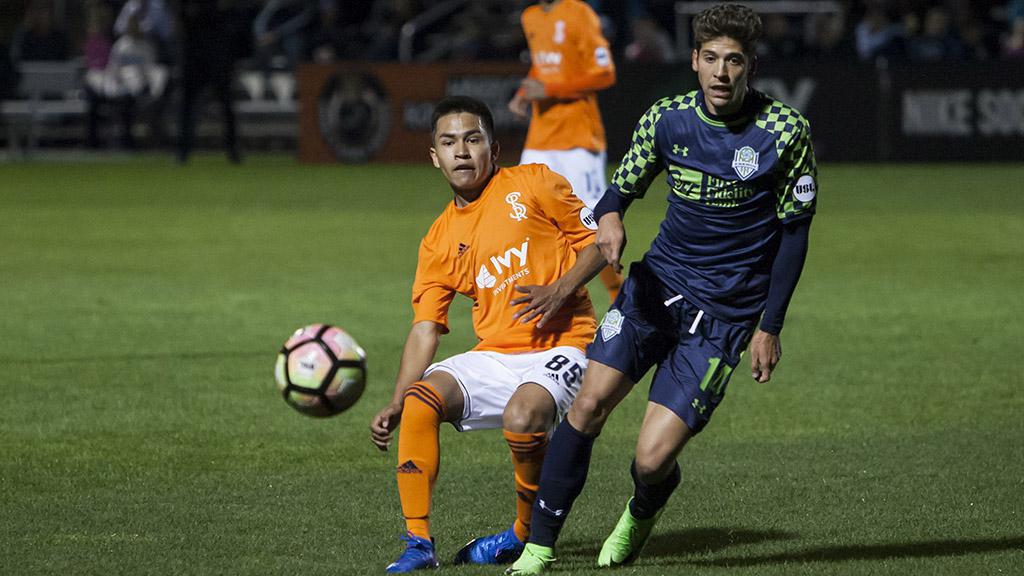 The change in style has not just led to results but to an entertaining product for the fans, something which Head Coach Nikola Popovic made a priority for the season.

“What was asked from me when we planned for this year was to change the style, to be more professional, to play more attractive for the people who come here to Swope to have a good atmosphere so they are watching a good football game,” said Popovic. “You are trying to not just bring results but are doing it according to some style. I think we were able to do this in a very good way because we were able to perform a beautiful football, and be able to win games, qualify for the playoffs, and now be in the final.”

The players have also enjoyed adapting to the new system, playing with freedom and confidence throughout the year. The Rangers have been the most clinical passing outfit in USL this year, recording an 83 percent passing accuracy rate, which has reflected the technical ability the likes of Duke and younger Adademy standouts like Hernandez and Wan Kuzain bring to the side.

“It’s a lot more fun as a player, we don’t want to be chasing the ball and running around, so being able to connect passes has been our motto, and drawing teams out to create space in between our lines is where we try and find our success,” said Duke. “Once the midfield keeps the ball, those guys up top are able to step into pockets and turn, that’s where we’re able to find our success.”

With Saturday's clash with No. 6-seed OKC Energy FC all that stands between the Rangers and back-to-back Western Conference Championships, the progression Swope Park has shown in Year 2 of the club's history has produced arguably a more dominant side.

With an undefeated home record to defense, the Rangers are eager for the challenge Energy FC poses in the club's bid to claim its first USL Cup.