Design inspired by fan submissions revealed as club prepares for 2018

LAS VEGAS – Incorporating elements inspired by hundreds of fan submissions, Las Vegas Lights FC unveiled its official club logo on Monday morning as the club continued to build toward its inaugural season in the USL in 2018.

“First and foremost, we wanted our fans and supporters in Las Vegas to lead the process of developing our official logo, and we couldn’t be more pleased with the result,” said Brett Lashbrook, team owner and CEO of Lights FC. “The logo plays into the look and feel of Las Vegas, most notably Fremont Street, right down the road from our home at Cashman Field.

“We wanted to unveil this logo alongside an official announcement of our season ticket pricing. With the inclusion of a Lights FC jersey for each inaugural full season ticket holder, plus other benefits, we’re offering a very appealing and engaging professional sports entertainment value to Las Vegas.”

The logo incorporates the club’s three official colors – blue, yellow and pink – which are all taken from the official City of Las Vegas logo. Adding a neon element was a natural fit, as Lights FC will play all of its home games just steps from the famous Neon Museum and a few blocks from Fremont Street. The logo’s crest design shape mimics the famous “Welcome to Las Vegas” sign – rotated 90 degrees. The logo is accented with another Las Vegas signature, with the pink star at the bottom of the logo.

“We are one of the first professional sports teams in the world to fully embrace pink as one of our official team colors, but I think this just shows the type of swagger and edge that we collectively carry as a city, and our team will carry that onto the pitch every match,” Lashbrook said. “It shows that we are going to fully embrace doing things differently while also providing an authentic, exciting soccer experience to everyone who comes and watches a match at Cashman Field.” 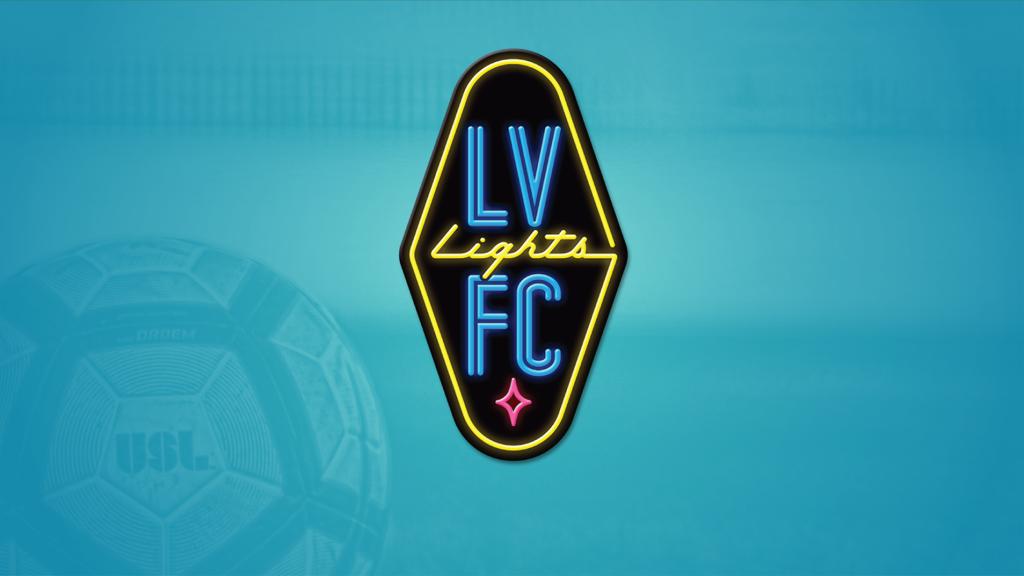 Also, a limited number of T-shirts and hats featuring the new Lights FC logo will be available beginning today at 12 p.m. exclusively at the Z Boutique, located on the Zappos campus in Downtown Las Vegas (400 Stewart Ave., Las Vegas, NV, 89101). The Z Boutique is open Monday through Friday, 9 a.m. to 5 p.m.

Lights FC will begin preseason play at Cashman Field in February 2018, with a home schedule of 20-plus matches running through at least October 2018. While sharing Cashman Field during the inaugural season with the Las Vegas 51s, the stadium and playing surface will be converted to a fully natural grass playing turf to provide an intimate, authentic soccer environment for each home game.

Fans can secure a spot in line by making a $20 season ticket deposit, with all ticket pricing available by visiting LasVegasLightsFC.com.