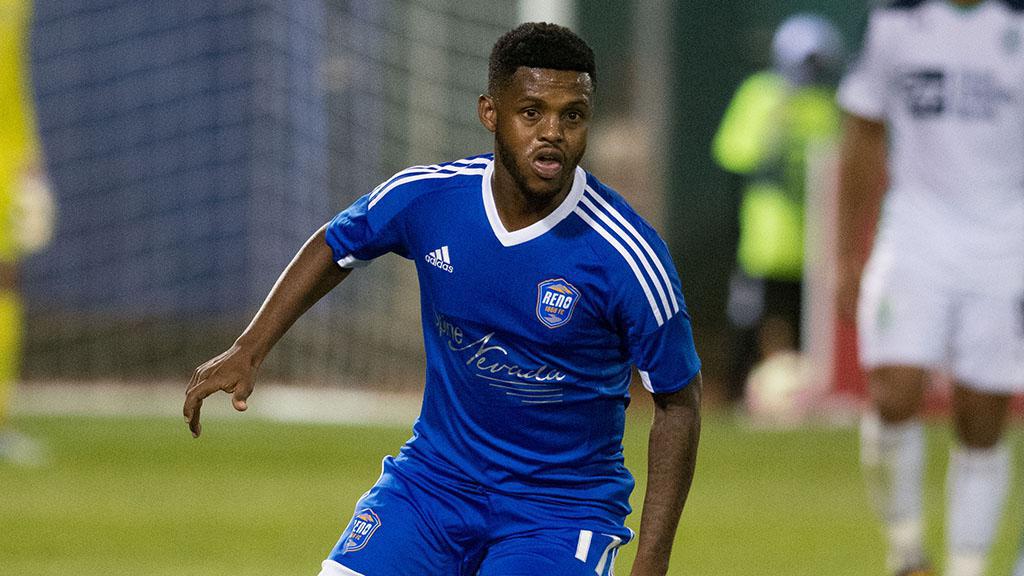 TAMPA, Fla. – Reno 1868 FC midfielder Lindo Mfeka has been voted the USL Player of the Week for Week 27 of the 2017 season. Mfeka recorded four goals and one assist to help Reno take a pair of victories during the week. Mfeka’s haul included a hat trick against OKC Energy FC last Wednesday night that saw Reno clinch its place in the USL Cup Playoffs and set a new USL single-season record for goals. 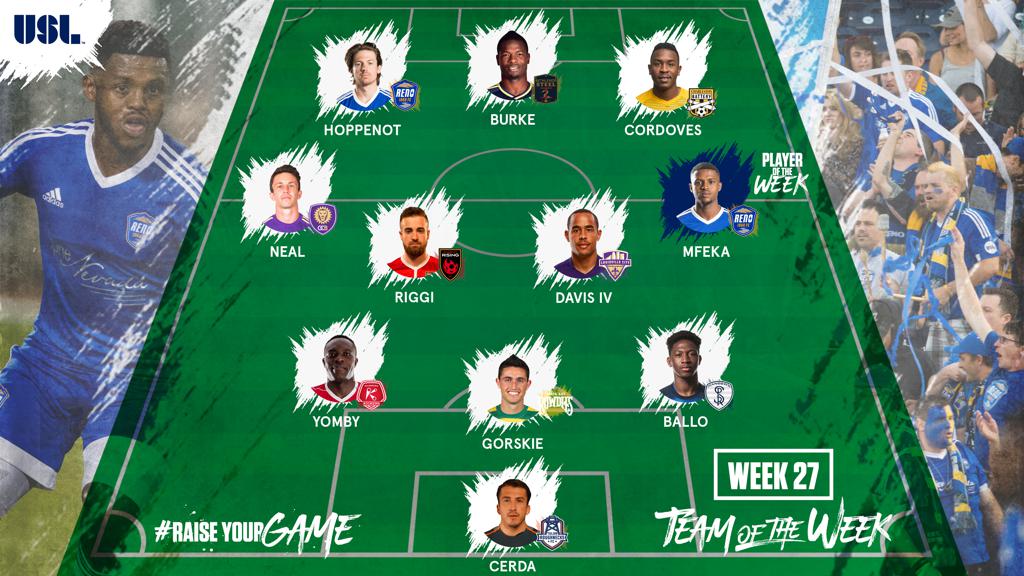 GK – Fabian Cerda, Tulsa Roughnecks FC: Cerda recorded a five-save shutout, as the Roughnecks moved closer to a playoff berth with a 1-0 win against the LA Galaxy II.

D – William Yomby, Richmond Kickers: Yomby made six interceptions and nine clearances, as the Kickers earned a 1-0 victory against the Rochester Rhinos on Saturday night.

D – Hunter Gorskie, Tampa Bay Rowdies: Gorskie scored the only goal of the game and also put in a solid defensive display as the Rowdies moved into the Eastern Conference’s top four by defeating the Charlotte Independence.

M – Lewis Neal, Orlando City B: Neal scored a late game-winner to go with his earlier assist, as OCB gave its playoff hopes a major boost with a 2-1 victory against the Charleston Battery on Saturday.

F – Antoine Hoppenot, Reno 1868 FC: Hoppenot notched a pair of goals, as Reno romped to a 6-1 victory against the Portland Timbers 2 on Saturday night at Greater Nevada Field.

F – Cory Burke, Bethlehem Steel FC: Burke tallied twice to help Steel FC take a big step toward a place in the playoffs with a 3-2 victory against the Pittsburgh Riverhounds on Sunday afternoon.