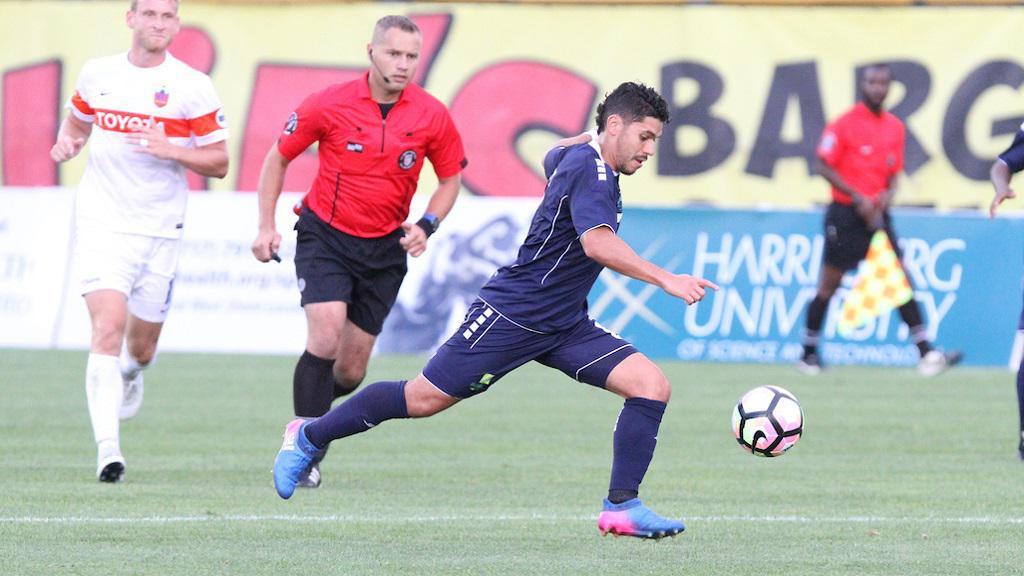 HARRISBURG, Pa. – The Harrisburg City Islanders just couldn't hold on as they had to settle for a 1-1 draw with FC Cincinnati at FNB Field on Tuesday night. The City Islanders opened the scoring seven minutes in to the second half as Ropapa Mensah headed the ball forward for his strike partner Jonathan Mendoza, who shot across the face perfectly for the opener. FC Cincinnati pushed after conceding, and with almost the last kick of the game Jimmy McLaughlin was played through by Djiby Fall, allowing McLaughlin to beat his defender and just pass it in to the back of the net for the 1-1 draw. Harrisburg should have had the opening goal early in the first half as a perfect cross found forward Paul Wilson whose diving header went just wide of goal, which would be the only clear look at goal for either side in a tight first half of few chances. Only Harrisburg goalkeeper Brandon Miller denied Fall in the 68th minute as the Senegalese forward's header forced the keeper to turn and make a reaction save, just getting in the way of the ball. Fall was at it again just four minutes later, finally getting it past Miller but could only find the cross bar as FC Cincinnati continued pushing for an equalizer, which they eventually got.

Ropapa Mensah, Harrisburg City Islanders – Ropapa Mensah provided the assist on Harrisburg's lone tally, to cap an active performance. Mensah created five chances in the match, with two shots of his own, and won five of his seven aerial duels.