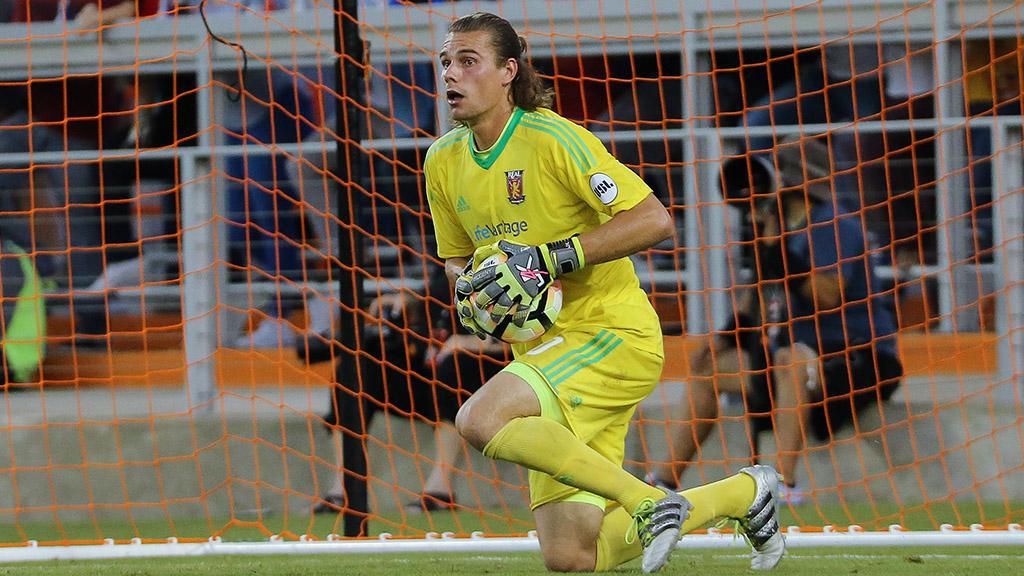 SANDY, Utah – Real Salt Lake announced on Monday the club had signed Real Monarchs SLC goalkeeper Connor Sparrow after two seasons with the USL club. Sparrow, 23, was originally drafted by Real Salt Lake in the fourth round (65th overall) in the 2016 MLS SuperDraft.

“It’s an exciting opportunity to join Real Salt Lake,” Sparrow said. “The last two years have given me the opportunity to play in some high-quality, competitive matches. That’s helped my progression and it’s been really rewarding to have the success we’ve had with the Monarchs this season”

At the collegiate level, he started 49 matches in three seasons at Creighton, allowing 32 goals while earning 23 shutouts after playing his freshman season at University of Missouri-Kansas City. In his senior season with Creighton, he led the Blue Jays to the Elite Eight while posting nine shutouts in 23 matches, including one in a Sweet Sixteen victory over North Carolina.

“Connor has put in the work. We saw potential in him coming out of college and he’s done everything we’ve asked to help his own development and help the Monarchs be successful,” RSL General Manager Craig Waibel said. “We are proud of what he has done to this point and look forward to seeing his continued growth.”

The Monarchs clinched the club’s first playoff berth last week and is in the midst of a record-breaking campaign. From April 22-June 19, the club won a USL-record nine straight matches. At Rio Tinto Stadium, the Monarchs won 10 straight matches dating back to the 2016 season before drawing with Tulsa Roughnecks FC on July 31.