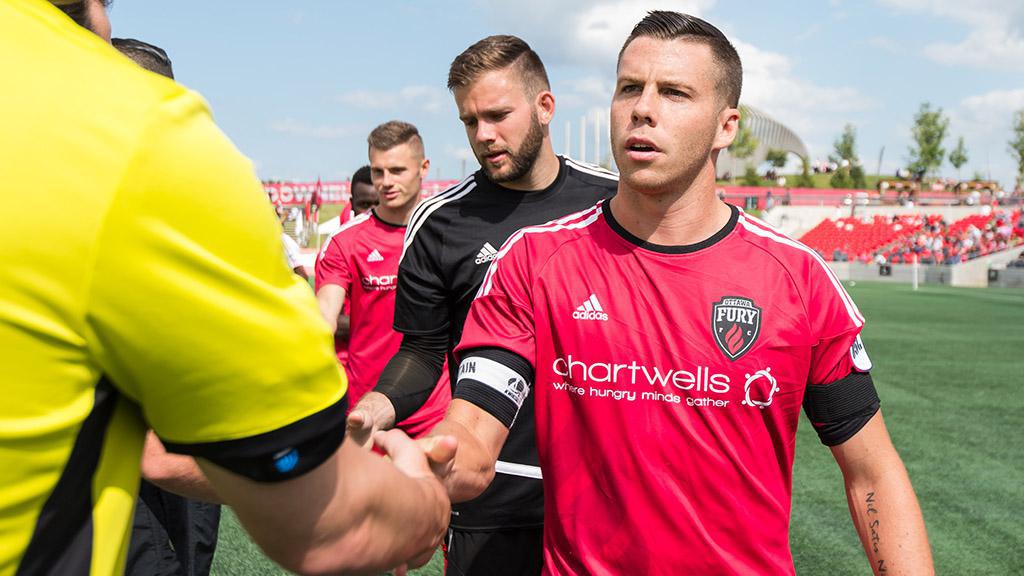 OTTAWA – It’s a well-known fact that Carl Haworth is Mr. Fury FC. The Barrie, Ontario native is the longest serving Fury FC player, and became the all-time minutes played leader in club history last Saturday, surpassing Romuald Peiser’s mark of 6,964. Haworth will reach another important milestone this weekend as he will become the first player in club history to play 100 games for Fury FC.

Ottawa will welcome its first member of the century club Saturday, when Fury FC visits the Rochester Rhinos at Capelli Sport Stadium. By doing so, Haworth will join a select group of Canadians who have played 100 games with a single Canadian professional club. This list includes the likes of Vancouver Whitecaps FC’s Martin Nash and Russell Teibert, the Montreal Impact’s Patrice Bernier and Toronto FC’s Jonathan Osorio and Ashtone Morgan.

“It’s a big milestone and something that I am very proud of,” said Haworth. “It’s rare, especially in North America, for players to stay with a club long enough to play 100 games. I am especially excited to play my 100th game for the club that also gave me my first professional game. It’s a great feeling and I'm excited for the game this weekend.”

Officially, Haworth has played in 99 professional games with Fury FC, with eight appearances in the Canadian Championship going alongside his regular season and postseason appearances for Fury FC’s professional squad. He has now played 6,989 minutes, meaning the 7,000-minute mark is also just around the corner for Haworth, who made his debut for Canada’s Men’s National Team this offseason.

In four seasons with Fury FC, Haworth has recorded 11 regular season goals and 10 assists, while also scoring once in the Canadian Championship and adding two assists. Haworth’s fondest memory up to now was scoring the club’s first ever Fury FC goal at TD place on August 9, 2014.

“That's something that can't be changed or beat, regardless of how many games someone plays for the club in the future,” said Haworth. “My favorite team moment would be our incredible run in the 2015 season which saw us win the first silverware in the club's history.” 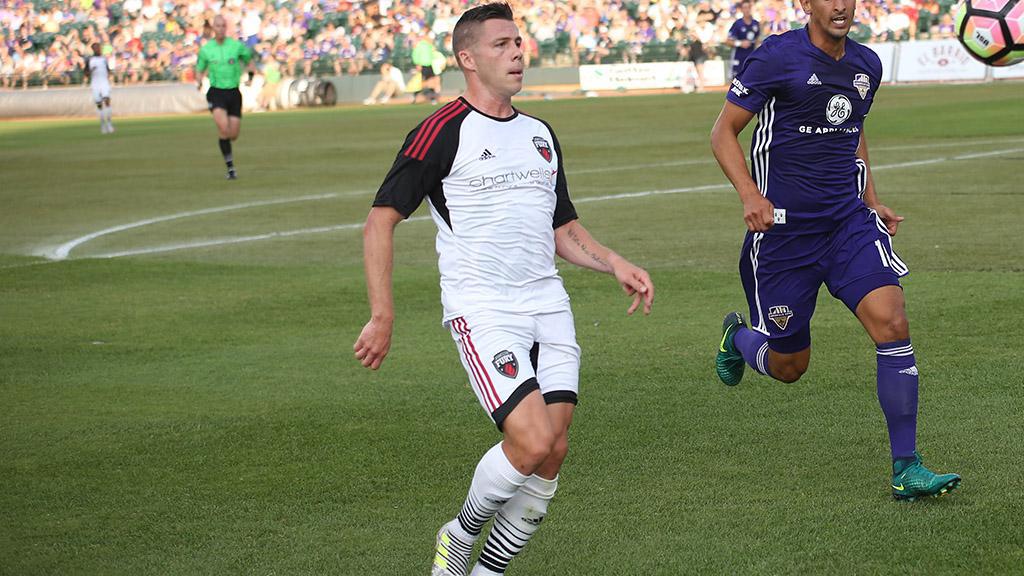 Add in the 12 appearances Haworth made for Fury FC prior to its move to the professional ranks, when he notched 12 goals and 12 assists in the Premier Development League in 2013 to earn PDL All-League honors, the connection to the club Haworth holds is the strongest of any current player at the club.

Haworth feels very privileged and honored to have witnessed the club’s growth in the last four years since it joined the professional ranks from the PDL.

“I've been lucky to play under some incredible coaches and I owe them all for different developments of my game,” added Haworth. “The organization has grown from Day 1 and it's been an honor to be a part of that for 100 games. I'm excited for this new chapter under Julian de Guzman and can't wait to see what the future holds for Fury FC.”

Saturday, as Haworth features in his 100th game in Fury FC colors, the 5-foot-8 forward will try to help his team collect a much-need three points against Rochester and will be looking to get his first goal of the season, despite having had numerous scoring chances since his return to the lineup including a point-blank header that was miraculously saved by Saint Louis FC’s Devala Gorrick this past Sunday.

With three points a must for Ottawa’s push to reach the 2017 USL Cup Playoffs, it would only be fitting for the first Canadian signing in Fury FC’s professional history to lead the way to victory.