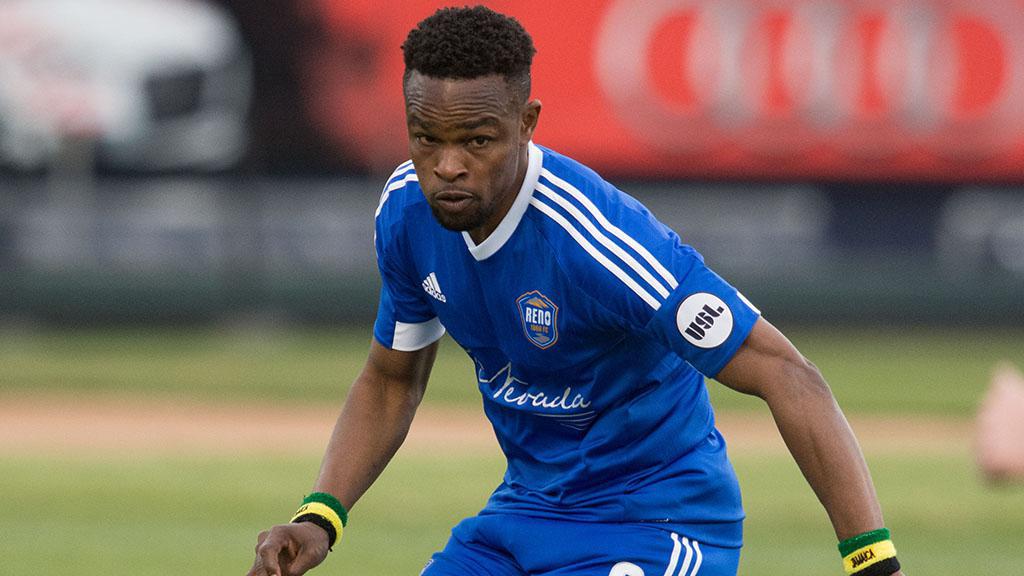 Kelly is one of three current USL players named in the squad, with fellow USL Golden Boot contender Romario Williams of the Charleston Battery and Louisville City FC midfielder Devon “Speedy” Williams also named in the squad that will take on Canada at BMO Field on Saturday night at 7 p.m. ET.

Four former USL players are also named in the squad, with center back Damion Lowe, a recent departure from the Tampa Bay Rowdies after his transfer to IK Start, joined by Shaun Francis, Jamiel Hardware and Michael Binns in the squad.

Kelly, the USL’s all-time leading scorer, currently leads the league with 16 goals this season for 1868 FC, which has helped propel the expansion side to third place in the USL’s Western Conference this season. Kelly has scored 64 regular-season goals in the USL, and this season was named the USL Player of the Month for May, having previously played for the Charleston Battery and the Swope Park Rangers before being unveiled as the first signing in Reno’s history this past offseason.

“This is a tremendous honor to represent my country,” Kelly, who leads the USL in goals, said on Tuesday. “Of course, I’d love to try to push [Reno 1868 FC’s] win streak to five with my teammates on Saturday. But I know they guys will take care of business.”

Romario Williams will look to continue the strong form he displayed at the 2017 CONCACAF Gold Cup, where he scored twice as Jamaica reached the tournament’s final for the second consecutive occasion before falling to the United States. The powerful forward has scored 15 goals this season for the Battery in the USL, and earned the USL Player of the Month award in June as he excelled in the build-up to the Gold Cup.

Speedy Williams has one prior appearance for Jamaica, having made his debut in 2010 against Trinidad & Tobago when he was 20 years old. After helping the New York Red Bulls II claim the USL Cup a season ago, the holding midfielder has made 13 appearances for Louisville this season, where he has recorded 11 key passes and posted an 87.4 pass completion percentage on 66.3 passes per 90 minutes.

“It’s much different this time, because I’ve been a professional for three years now,” Williams said. “I think I’m at a stage in my career where I’m ready for a call like this. I’m sure they had their reasons why they didn’t call me back before this. I just stayed prepared, because I knew it was going to come one day.”

Speedy Williams could face his Louisville teammate Mark-Anthony Kaye in the contest at BMO Field, with Kaye one of 10 players with USL experience named in the Canada squad for the contest.