Early goals see honors end even in front of crowd of 6,710 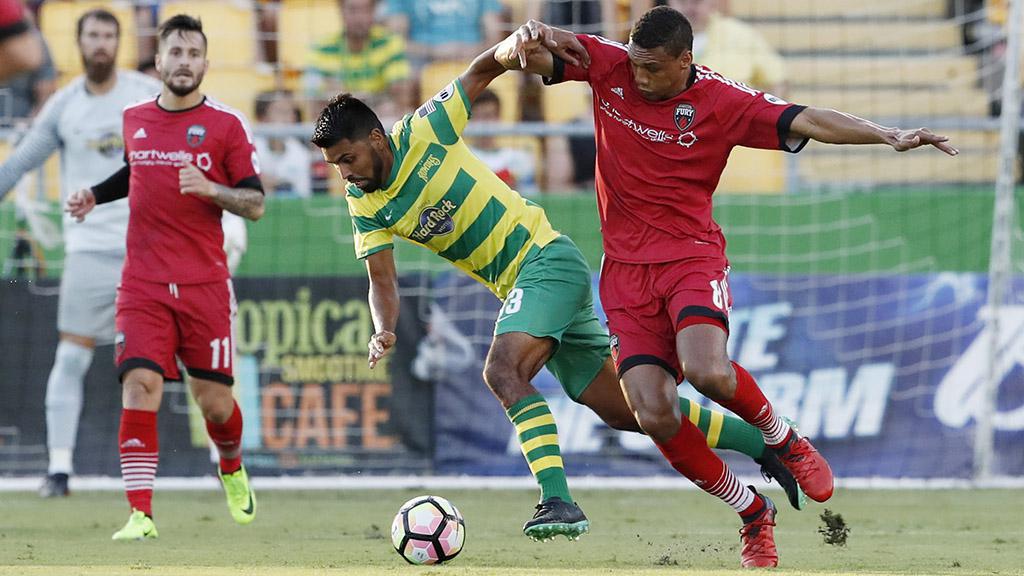 ST. PETERSBURG, Fla. – Goals for either side in the opening 15 minutes saw the Tampa Bay Rowdies and Ottawa Fury FC play to a 1-1 draw in front of a crowd of 6,710 at Al Lang Stadium on Saturday night. Fury FC took the lead in just the third minute as a low shot by Steevan Dos Santos found the right corner of the net from 20 yards. Andrae Campbell also went close to adding a second for Ottawa in the eighth minute, shooting over from a tight angle on the left, but in the 11th minute Tampa Bay leveled as Georgi Hristov shot low into the right corner after a half-clearance of a low shot by Fury FC’s defense. Fury FC continued to threaten during the remainder of the first half, however, as both Gerardo Bruna and Seoane shot over the crossbar before the game went to the break level. The game tightened in the second half, as Ottawa’s Carl Haworth fired a shot just wide of the left post in the 61st minute, but Campbell spurned a glorious chance as the Rowdies defense lost him breaking into the penalty area, only to shoot wide of the left post as Rowdies goalkeeper Matt Pickens closed the angle. Gerardo Bruna also went close for Fury FC on a free kick with 10 minutes to go, his shot going just over the crossbar. Tampa Bay also went close late, Justin Chavez’s header flashing just wide of the right post with six minutes to go, but neither side broke the deadlock as honors ended even.

Gerardo Bruna, Ottawa Fury FC – Bruna was crafty in Fury FC’s build-up play, and almost found a winner from a free kick late on as the visitors had the better of the game.